Did someone say to-go beer? 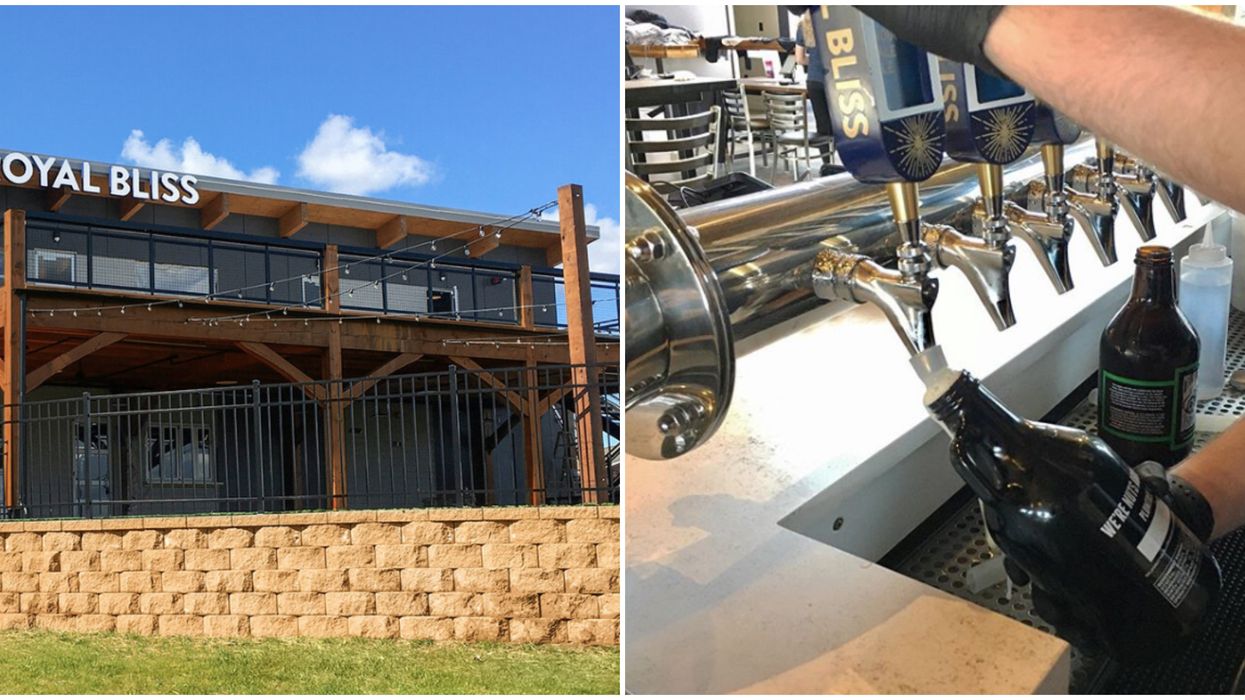 There might be a world pandemic going on, but that isn't stopping some businesses from moving forward with catering to their community's needs. Supporting local businesses is important to keep them up and running for when people can actually enjoy a meal inside these locations. To keep local spirits up, this new brewery in North Carolina just opened and is already serving their next door neighbors.

Royal Bliss Brewing Company in Denver, North Carolina recently opened on Thursday, March 26.  Some would think it's risky to open during a world pandemic, however that didn't stop these passionate foodies.

Ginger Griffin and Larry Griffin Jr.’s plans and dreams had to go on despite what was happening around the world, including Charlotte. The Griffins told The Charlotte Observer that they "have seen a great deal of support since opening for takeout orders.”

All breweries and restaurants in the state are only allowed to sell to-go food, so guests can't go further than the lobby in this two-story, exposed brick eatery.

The new venue has been releasing a new menu with a variety of craft beers and food items each week to give customers a taste of what their full menu will look like.

Currently, there is no slated time for this new menu to be released, so customers can simply come back for their faves anytime.

There are seven craft beers to choose from including a creative oatmeal stout and a New Zealand IPA. Customers can purchase a 4-pack case or a growler of their favorite beer.

Royal Bliss also serves caffeinated in-house made kombucha options, unlike many other breweries in NC. There are four options including Flower Power, Lavender Lemonade, The Enabler and Bee Ginger.

Once the shelter-in-place guideline is lifted and people can go to restaurants again, the beer garden and exposed second-floor patio will be filled with customers enjoying craft beer.

Why You Need To Go: This brand new brewery is offering to-go orders on their craft beer and food.

The Tar Heel State is chock full of adventures just waiting to be crossed off your bucket list. Before the weather cools off, head to Sliding Rock in North Carolina to experience a "natural water park." You can glide down a giant nature-made water slide at this super fun spot and channel your inner kid.

Sliding Rock is a hidden gem tucked away in Pisgah National Forest, surrounded by gorgeous scenery. There, you can discover a large rock waterfall among the trees.

There's a cottage nestled in the Appalachian Mountains that's the ultimate fairytale dream. You can stay in this magical North Carolina Airbnb this fall and live like Snow White for a weekend. Bring your S/O for a spellbinding getaway deep in an enchanting forest in Asheville.

This treehouse Airbnb tucked away in the North Carolina mountains is a peaceful glamping experience. You and your boo will feel like you've stepped into a storybook at this incredible place.

There's a secret path that winds through the Appalachian Mountains that looks like a real-life fairy tale. Craggy Pinnacle Trail twists and turns through a forest hidden on a misty mountainside. You can embark on this enchanting North Carolina hiking trail and feel like you're in a storybook.

This gorgeous spot belongs at the very top of your hiking bucket list. You'll be treated to a picturesque journey through the mountains of the Tar Heel State, so be sure to take plenty of photos.