This is pretty dramatic stuff for late August. 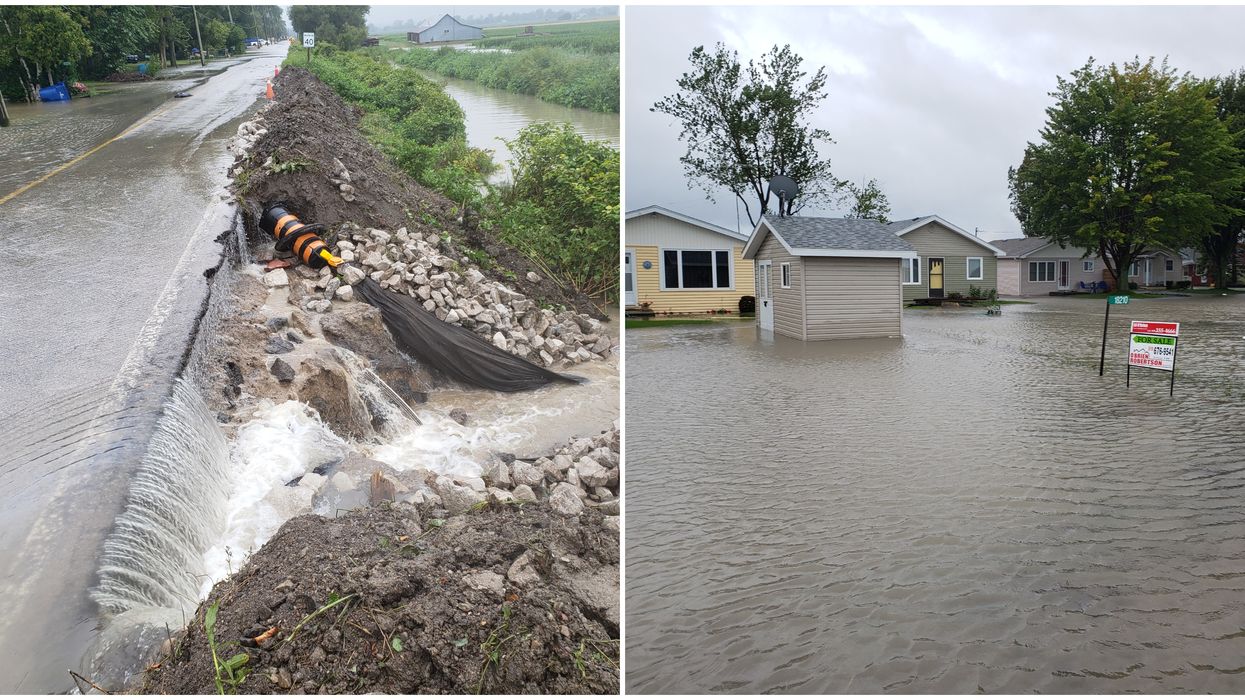 Tuesday is a muggy day for most of Ontario with heavy rain falls and risk of thunderstorms. However, one particular town is seeing a rather more dramatic turn of events, as a Chatham-Kent evacuation is underway. The Ontario municipality has been hit with the worst of this rainfall and the Erie Shore Drive area is now under a state of emergency.

Mayor of Chatham-Kent, Darrin Canniff, has declared the emergency as high water and strong winds are causing some major flooding in the area.

Residents who live on Erie Show Drive are being asked to voluntarily evacuate, according to the Chatham Voice. There will be emergency crews going door-to-door to help anyone wanting to evacuate.

Erie Shore Drive in the municipality has been closed from Bissnet Line to Erieau Road.

Photos taken at the scene show the full extent of the problem and the damage.

A State of Emergency has been declared in #ChathamKent because of flooding along Erie Shores Drive. Residents are… https://t.co/nLpl512U36
— Kathie McMann (@Kathie McMann)1566926338.0

The Municipality of Chatham-Kent has declared a state of emergency for Erie Shore Drive due to flooding. Erie Shor… https://t.co/lnktLjwdMr
— Justin M (@Justin M)1566925633.0

With these current conditions and the high possibility of more road deterioration, the water supply in this area could potentially be affected.

It shouldn't affect drinkable water but it will be monitored just in case. But other utilities like power could certainly be affected by this storm.

If you're in this area or know anyone who is, shelter and transportation will be available for those people and their pets.

Stay safe out there, this weather is no joke!