The cheesy snacks are being sold across the country. 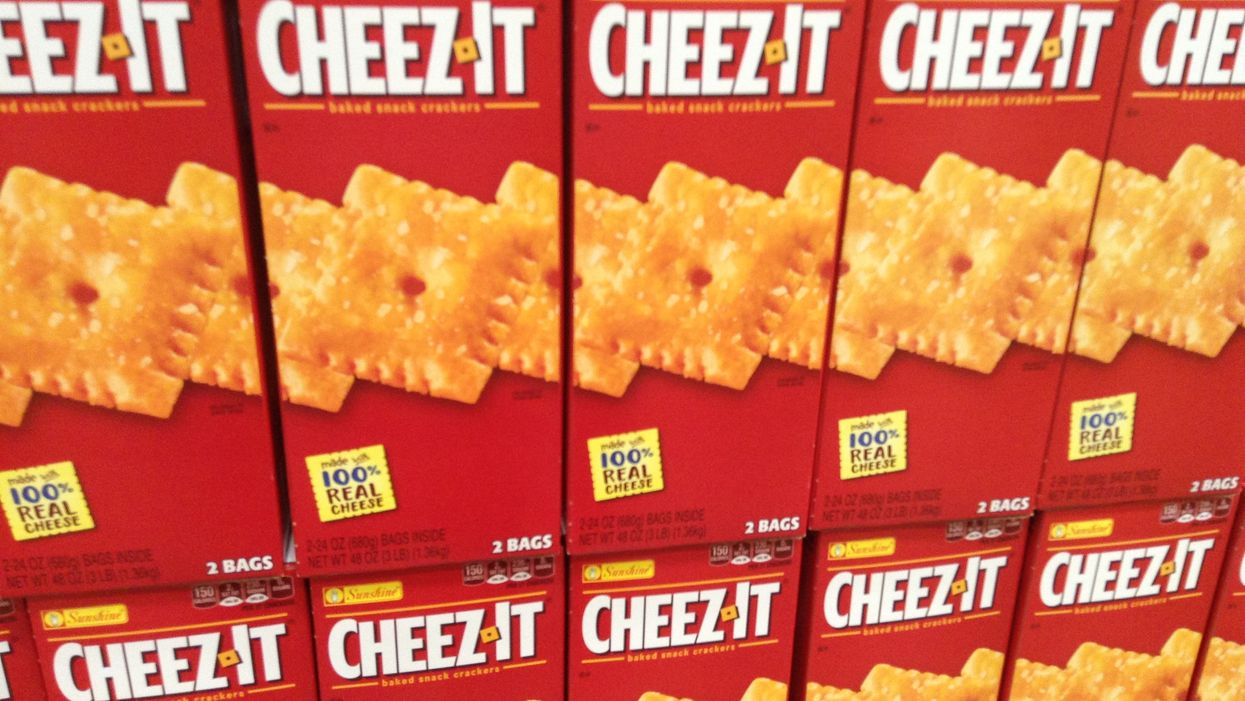 There's a new cheesy snack on the shelves at grocery stores, gas stations and convenience stores across the country. Cheez-It crackers in Canada are now available in four different flavours for you to choose from. If you've been waiting for this iconic American snack to head up north, it's your lucky day!

As of January 2020, Cheez-It crackers are being sold across Canada after being around in the U.S. for almost 100 years.

For anyone who loves those sharp little squares, tracking them down just got a whole lot easier. You don't even have to cross the border to get a box anymore.

The regular ones come in the original flavour or hot and spicy while the crunchy ones come in sharp white cheddar or zesty cheddar ranch flavours.

"Based on initial consumer response, we know Canadians have been waiting a long time for this day and we're thrilled to finally bring Cheez-It's uniquely craveable snack experience to the True North," said Christine Jakovcic, vice president of marketing and nutrition for Kellogg Canada Inc., in a news release.

The brand is actually ranked number one in the cracker category in the U.S. and the company hopes that with the introduction of these crispy little snacks, Canada will become a Cheez-It nation.

"For Cheez-It fans, their unwavering devotion is rooted in an obsession with real cheese. And we couldn't agree more. We believe that real cheese matters and that's why it's baked right into every bite for a flaky, crunchy satisfaction that you have to taste to believe," said Jakovcic.

The baked munchies were first made available south of the border in 1921 so it took almost a century for them to come up north.

It isn't just the company that hoped the tasty treat would take off in the True North.

Even though it didn't get many signatures, one person actually started a petition to bring the square snacks to Canada.

All four flavours are now available at stores across Canada with a small variety of versions and flavours to choose from.