We're not here for it. 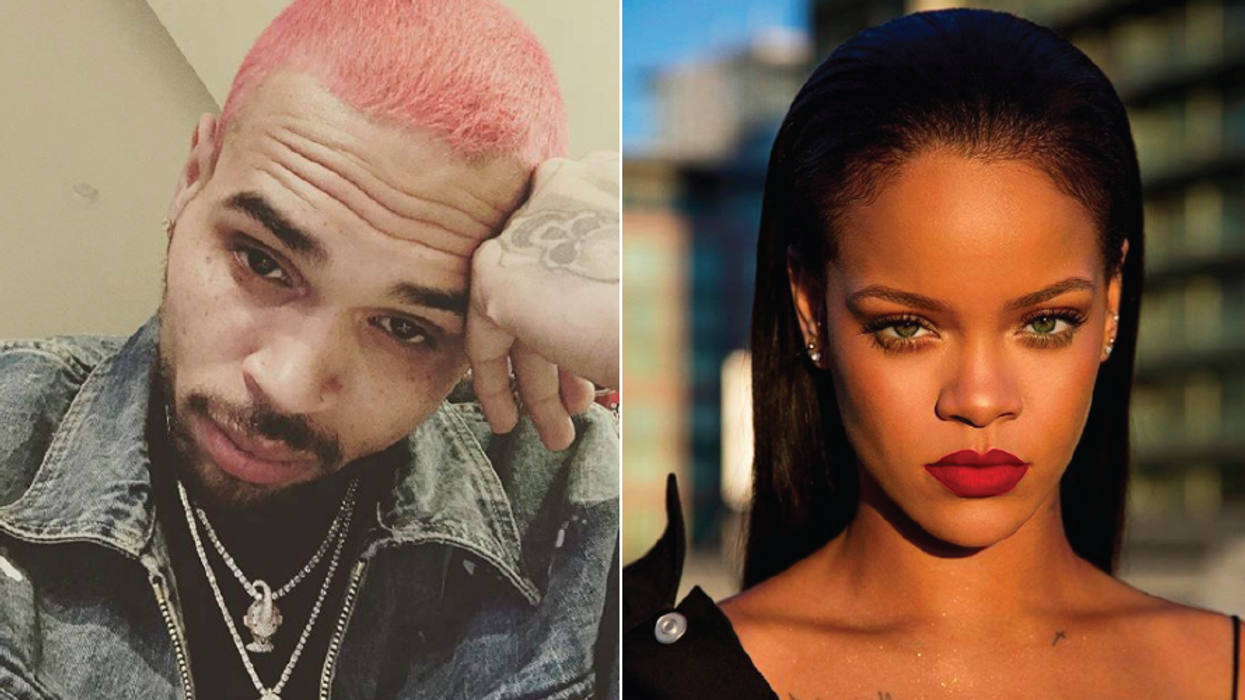 What a weird time to be alive. We all know the history between Chris Brown and Rihanna, which really did damage to Chris Brown's career. He even spoke about it in his Netflix documentary called Welcome to my Life back, where the 29-year-old goes into detail about their tumultuous relationship and about what happened in their huge fight.

Well, it seems like he may be trying to win her back. I mean, Instagram comments don't lie! Even though the two had that famous fight back in 2009, they rekindled the flame in 2013 before ending it the same year. It's 5 years later and maybe Chris Brown thinks it's time to rekindle the flame... again. After posting the photo above on her Instagram on November 25th, Chris Brown, who doesn't follow Rihanna, commented "😳" on the photo.

He would probably receive less backlash if he just tried to slip into her DMs... But Rihanna wasn't having it. She posted this quote from the Bible on her Instagram stories, and it's definitely not a coincidence:

The line from this Bible verse that says, "There may be times when it seems like you cannot go forward, but you do not have to go backward." If Rihanna is trying to tell us (or Chris Brown) something with this quote, it's that she has no desire to go back to her relationship with Chris, and has moved on.

Even though she broke up with her boyfriend Hassan Jameel earlier this year, she's definitely thriving and doesn't need any negative energy. Or any random Instagram comments from exes. Thank you, next.