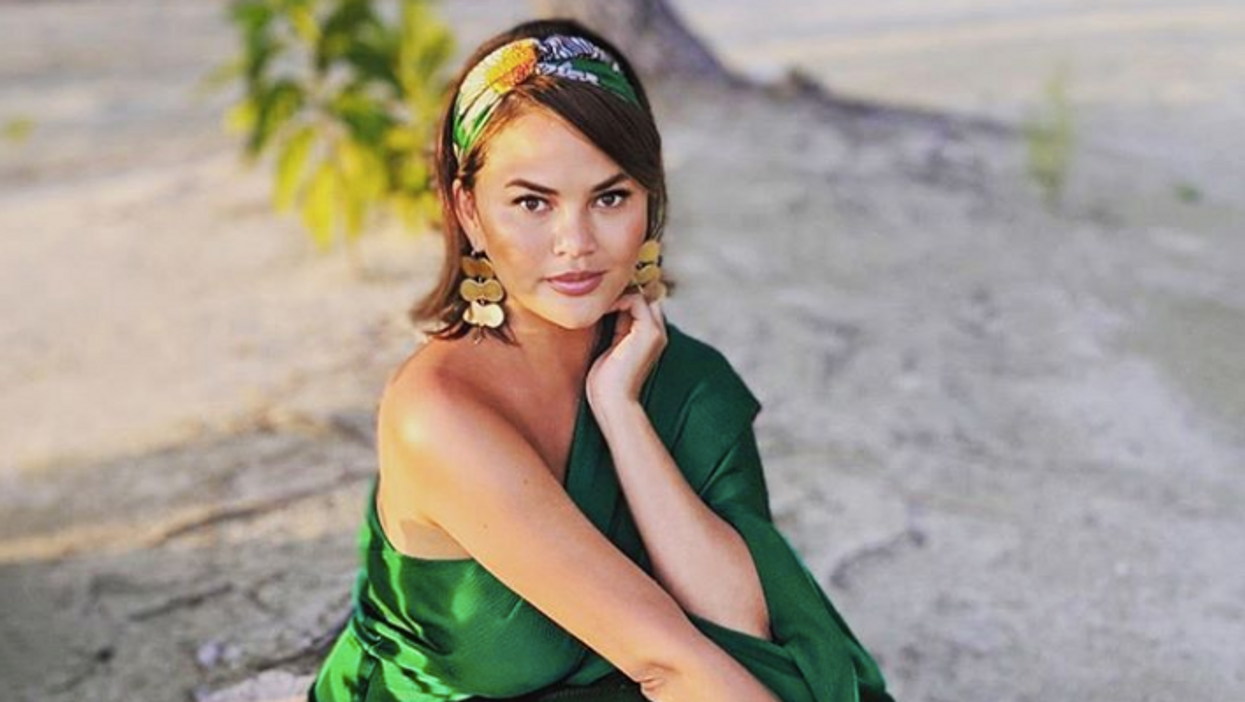 When it comes to someone's weight, there are a few rules. But the most important one? Don't talk about it. However, people on Twitter are ruthless and love hiding behind a computer screen. The queen of Twitter herself, Chrissy Teigen, always has the best responses to annoying and mean tweets. But this one may take the cake. Someone called Chrissy Teigen "chubby" on Twitter and her response is actually amazing.

Chrissy Teigen is probably one of the most outspoken celebrities. She never holds her tongue, and we love her for that. She's also never been shy when expressing her struggles with weight, postpartum depression, and just life in general. She recently revealed that she is 20 pounds heavier than she was before she had her second child, Miles. And does she care? Not at all, because she loves food. Honestly, mood.

She actually made it very clear that she doesn't care about her weight when someone called her "chubby" on Twitter yesterday. You can view the epic response below:

As you can see, Chrissy clapped right back. The man, who initially commented on a photo of Chrissy and husband John Legend with Congresswoman Nancy Pelosi, had no remorse even after calling her chubby. He went on to say it was 'his opinion' and she 'attacks people on Twitter all the time'. Okay.

In another tweet to a fan defending her, Chrissy wrote back, "I can guarantee he is not a handsome man. Lol." It's great to see that this interaction isn't affecting her. Chrissy has also said in previous tweets about her weight that she is, "Just coming to terms with my new normal, when I had this certain number for so long!"

She will always be the Twitter queen, don't get it twisted!