You're in the splash zone. 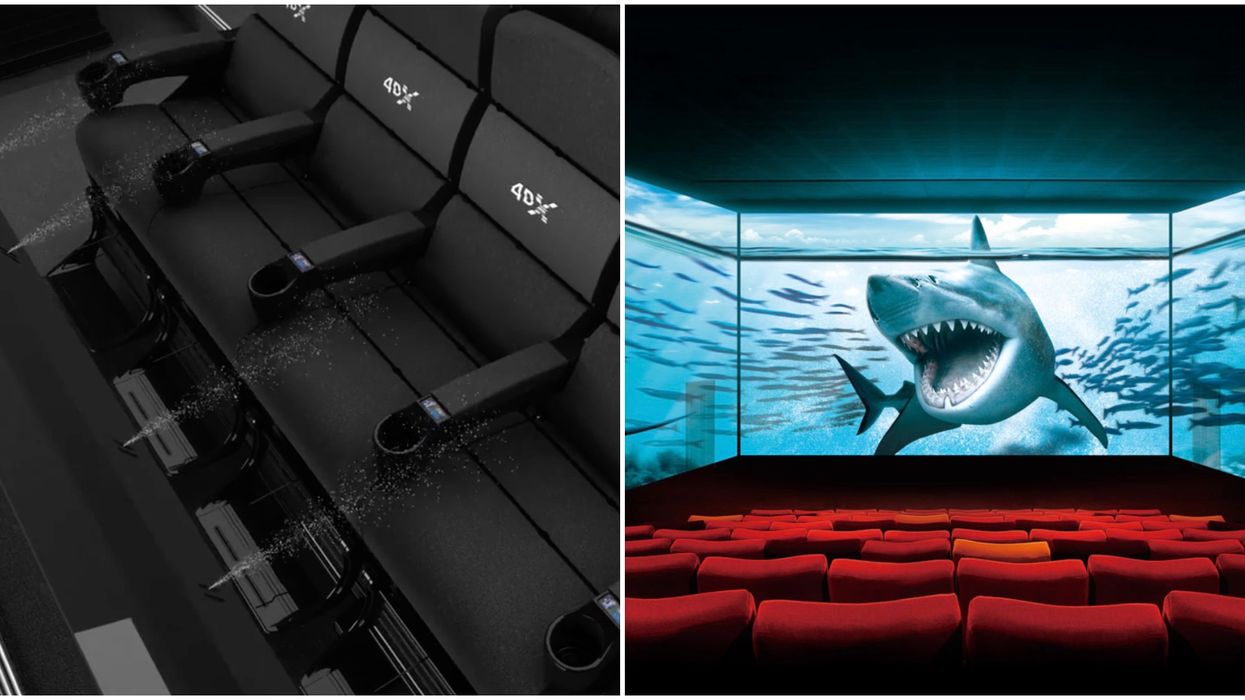 Have you ever been on one of those theatre rides at Dinsey World? The ones where the seats move and you get water sprayed at you? Well now, Cineplex will feature something similar in select theatres across Canada. Cineplex's 4DX movies will offer far more than the average theatre trip.

While most movies have you just sit there and watch the film unfold in front of you, the 4DX experience provides a lot more stimulation outside of the film itself.

For one thing, the theatre seats move in multiple directions to simulate the movement that you're seeing on screen. The seats also feature "ticklers" for "awakening your senses for excitement," according to the Cineplex website.

The theatre also throws all kinds of physical effects at the audience. These include spraying water, bursts of air, fog, and even scents pumped in to create a more immersive experience.

A new 4DX theatre will also be opening at Scotiabank Theatre Ottawa on December 13.

ScreenX theatres feature "technology that allows a 270-degree panoramic movie watching experience." The ScreenX theatres stretch the frame of the film beyond the screen, "surrounding audiences with imagery and providing the sense of being inside the movie."

These immersive experiences definitely make moviegoing more of an active experience than a passive one. However, there are probably still people who prefer to do it the old-fashioned way: sitting in a stationary chair with some popcorn, looking in one direction.