It's an all you can watch movie pass. 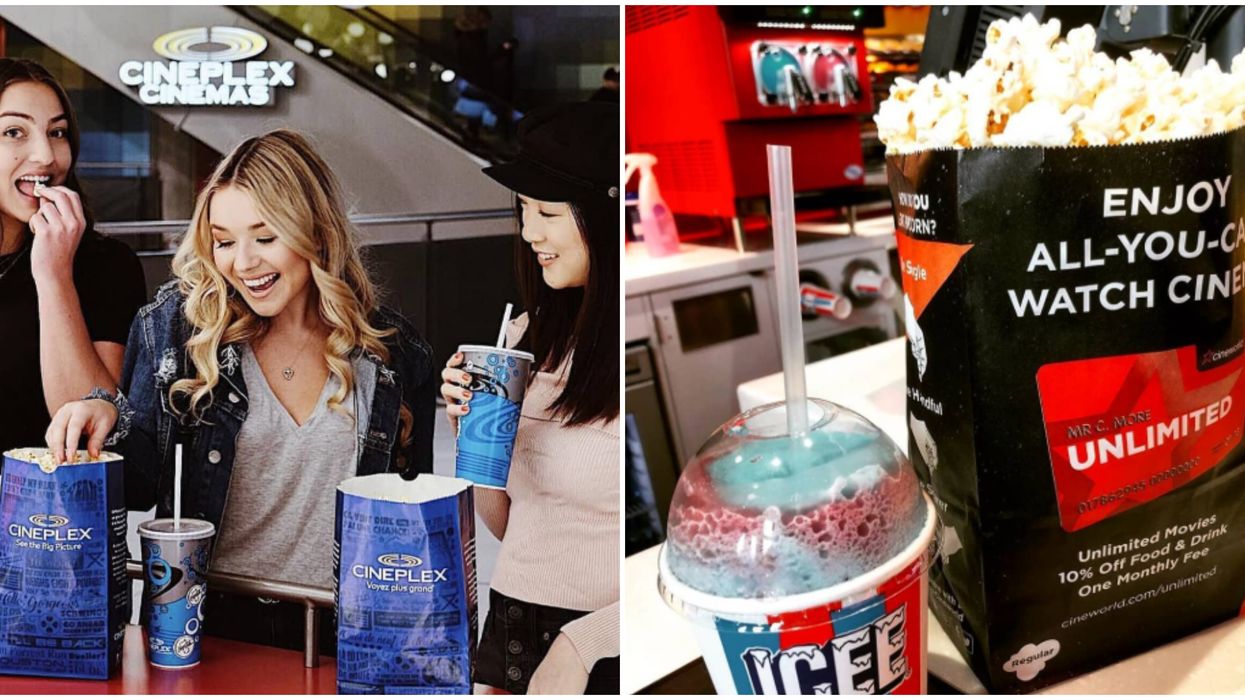 If you're someone who still likes to go and watch movies in the theatres, there could be something new to get excited about. The Cineplex buyout could make Unlimited movie passes available in Canada. Grab your popcorn and get excited because this could change your movie-going experience.

Cineplex has been offering Canadians different types of movie-going experiences for a while now, but with Cineplex being bought by U.K.-based company Cineworld, an entirely new feature could become available in Canada.

Once the deal is closed and the new company takes over, the movie giant is planning to start selling its Unlimited movie pass here in Canada.

Cineworld's offer is like an all-you-can-watch subscription service for going the movies.

With it, you would pay a monthly fee that allows you to watch as many movies as you want with the option to upgrade to special viewings like 3D or IMAX.

"This is to support cinema lovers who want to see many movies in a month," said Moshe Greidinger, Cineworld CEO, to The Canadian Press.

If you watch enough movies in a month, you could potentially save a lot when compared to buying individual tickets for each movie you go to.

In the U.S., Cineworld bought out Regal back in March 2018 and had the Unlimited movie pass rolled out at the end of July.

Greidinger said that the company plans to do that quicker in Canada.

On December 16, it was announced that Cineplex would be bought out by the U.K. movie giant, and the deal is expected to close in the first half of 2020.

With the movie company's quick rollout plans, Canadians could be enjoying the Unlimited plan in less than a year.

According to The Canadian Press, Cineworld also plans to bring reserved seating and enhanced concessions along with the subscription.

Greidinger said that its success is "indisputable" in the U.K. and that it gives movie-goers more ease when it comes to upgrades.

When the deal was announced, some Canadians were concerned about what would happen to all their Scene points, but Cineplex confirmed on Twitter that Scene points won't be impacted by the announcement.