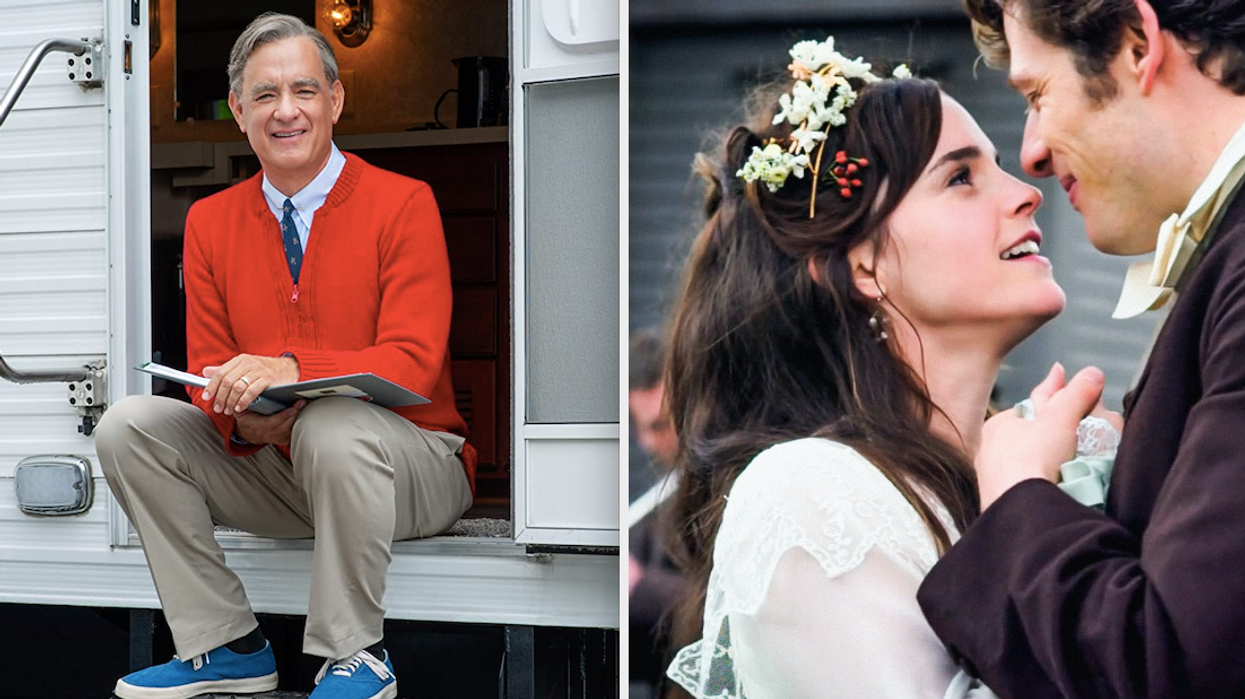 It's movie night at home now! These Cineplex movies to rent for cheap are the perfect bargain for the biggest film lovers. With incredibly high Rotten Tomatoes ratings, you'll be entertained and impressed for less than $10.

Back in March, the movie theatre company announced that it would be temporarily shutting its doors in response to the COVID-19 pandemic.

Soon after, they shared that the movie theatre experience doesn't have to stop. You can rent dozens of films from the comfort of your home and for less than a movie ticket.

They originally started out with flicks you would have normally been able to see on the big screen, and soon added a whole bunch more with options to rent movies you were only able to purchase before.

The comedies, dramas, and adventure films in this list premiered in the past year and earned scores of 90% or more on Rotten Tomatoes.

Each one will only cost you $4.99 to rent in SD or $5.99 for HD, so you'll be streaming on a bargain. If you fall in love, you can even purchase them so that you always have them on hand for future movie nights.

This academy award winner will take you on a thrilling and comical ride as it follows class discrimination between a very wealthy family and a poor family.

A Beautiful Day in the Neighborhood

You've known Mister Rogers for decades and Tom Hanks takes on the task of portraying the friendliest man in the neighbourhood. Based on true events, a journalist is assigned to profile him but has skepticism that a person can be as good as Fred Rogers is.

Elsa and Anna are back for another dangerously remarkable adventure. The sisters join Kristoff, Olaf, and Sven to travel to a mysterious forest and find out the origin of Elsa's magical powers.

This 2019 film based on the classic drama follows four women with different paths and life goals who are determined to live their lives as they see fit.

With a whole cast of famous faces including Daniel Craig and Chris Evans, this modern-day mystery drama follows the death of a crime novelist where every member of the family immediately becomes a suspect.

Based on the real-life events of the Battle of Midway, this action drama is told through the perspectives of the leaders and sailors who fought in the war.

This comedy-drama takes a satirical twist on World War II, following a young German boy who finds out that his mother is hiding a Jewish girl in their attic.

So many famous voices are featured in this animated adventure flick about a pair of elf brothers who go on a magical journey to spend one more day with their late father.

Will Smith and Martin Lawrence return as the bad boy duo but this time they're facing off against a drug lord mother and son duo.

Based on the real-life story of Harriet Tubman, this drama follows her escape from slavery while helping others gain their freedom through the Underground Railroad.

Michael B. Jordan stars as a young lawyer who just graduated from Harvard and makes the move to Alabama to defend innocent people who have been wrongly condemned or represented.