Me and my SCENE points are ride or die. 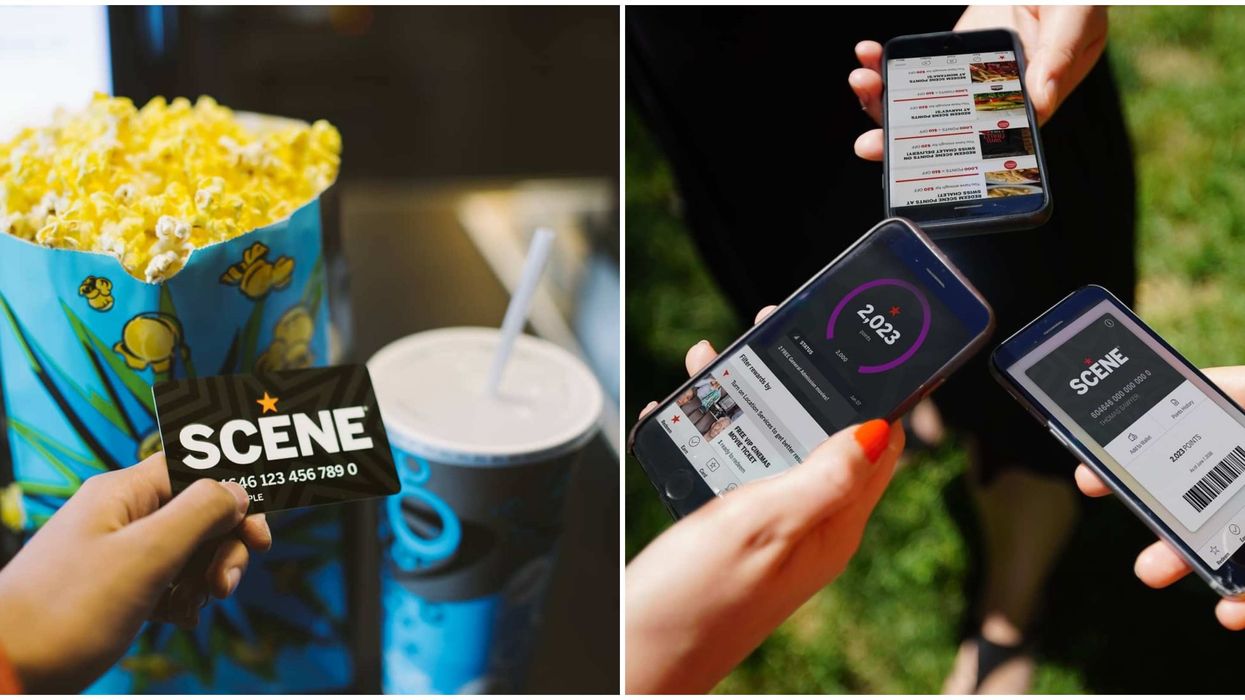 On Monday, December 16 Canadians found out that their go-to place for watching movies was changing hands. Cineplex is being sold to a UK company. While some people were surprised, shocked and saddened that they would no longer be a Canadian company, there was one question that needed to be answered: what about the Cineplex SCENE points?

In a tweet, Cineplex confirmed that the SCENE program would remain unchanged despite the $2.8 billion sale of Canada's largest theatre chain to Cineworld.

This fun points program is an integral part of the movie-going experience. The theatre giant even recently had a week of deals where you could get tickets for just half of the SCENE points.

Plus, this December there are free Christmas movie days that warmed our hearts and gave our wallets a bit of a break.

Luckily for Canadians collecting points, there are no changes to the program even if this big sale is going on.

"This announcement does not impact SCENE," reads a tweet from Cineplex. "Earning and redeeming SCENE points at any of our locations remains the same!"

This news could be precipitating a sigh of relief from SCENE Members who were concerned about what would happen to the scene points they've so carefully been accumulating.

@soft_tabs This announcement does not impact SCENE. Earning and redeeming SCENE points at any of our locations remains the same!
— Cineplex (@Cineplex)1576521426.0

@askedfour Hi there, this announcement does not impact SCENE. Members’ ability to earn and redeem SCENE points at C… https://t.co/eoqvHGR0Go
— Cineplex (@Cineplex)1576525320.0

Another tweet said that everyone will still be able to "earn and redeem SCENE points at Cineplex, Playdium and The Rec Room," because the program remains unchanged.

If you have a SCENE card, then you're probably pretty protective of your points. Twitter users had a flurry of concern, "am I gonna lose all my Scene points?" reads one tweet.

It's not cheap to go to the movies. Plus, when they add things like ULTRA AVX 3D and D-BOX everywhere the bill gets more and more expensive.

SCENE points were a way that you could get a free movie every now and then and the feeling when you redeem a free ticket is just magical.

On top of the status of their SCENE points, Twitter users were also worried about Tanner Zipchen.

The perky Cineplex pre-show host sent out a tweet today that said he said he was "just as surprised as you were" about the news of the company getting sold.