Samples of Claire's makeup products have tested positive for asbestos, and federal regulators are warning people to stay away. 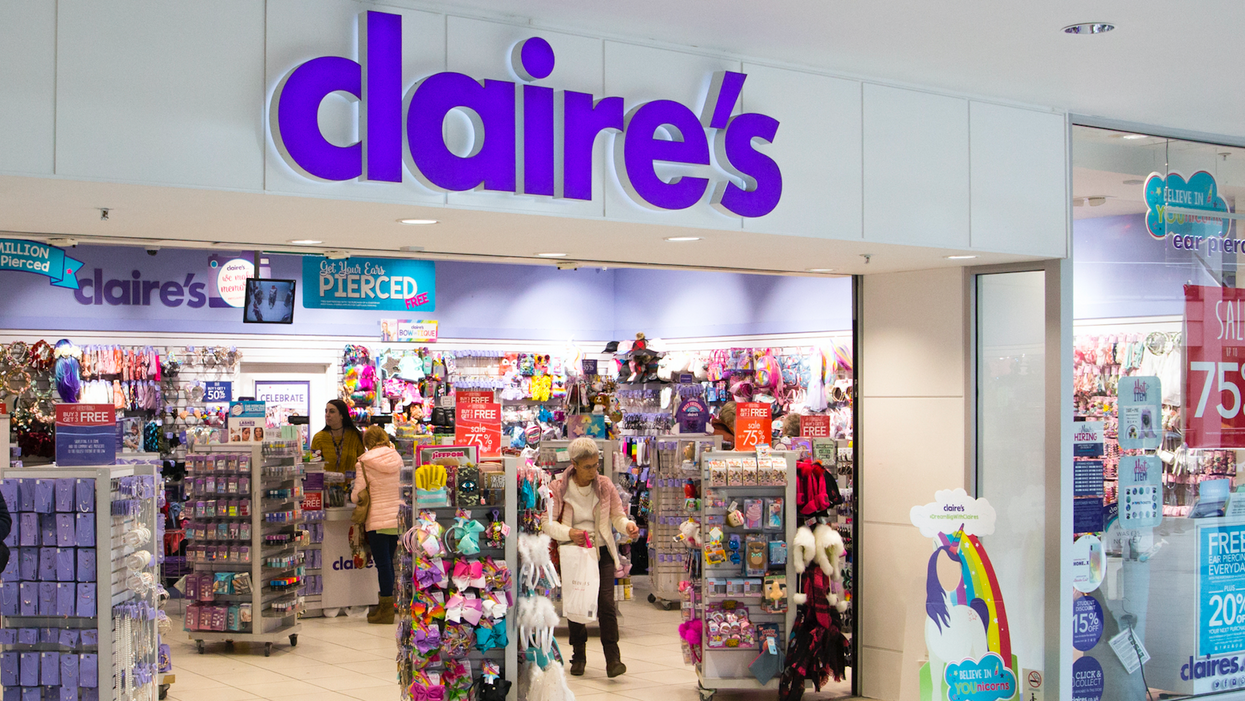 Last week, the U.S. Food and Drug Administration issued a warning against using certain Claire's makeup products.  The warning follows a national news release that indicates that asbestos was found in Claire's cosmetics products, despite the American retailer's dispute over the FDA's findings.

Health Canada addressed the concern in a statement to Yahoo Canada, "Claire’s has publicly stated that it has removed the three products identified by the US Food and Drug Administration from its stores in Canada. Officials will continue to monitor the situation closely and will communicate to Canadians should further risks be identified."

The statement goes on to claim "Canada’s new Prohibition of Asbestos and Products Containing Asbestos Regulations prohibit anything but trace amounts of asbestos in consumer products. While Environment and Climate Change Canada is responsible for compliance and enforcement of these regulations, Health Canada works collaboratively with the department to keep Canadians safe."

In 2017, Health Canada vigorously tested Claire's cosmetics after receiving reports they contained asbestos.  At that time, they were determined to be safe to use.

According to CTV News, the FDA claims that the agency issued the warning due to Claire's refusal to comply with its request for a recall.  Reports indicate that in the event a company rejects the request for a recall, the FDA does not possess the authority to enforce one.

Claire's issued a public statement that noted the company had removed three products from store shelves "out of an abundance of caution" after the FDA had identified the asbestos.  The company also claimed it would remove any remaining talc-based cosmetic products.

At Claire’s, customer safety is paramount, and we pride ourselves on providing our customers with the highest quality and safest products. We wish to address today's FDA warning that three cosmetic items sold by Claire’s may have been contaminated with asbestos. pic.twitter.com/tpNfLRtNIK

However, Claire's argues that the results found by the FDA's investigation misrepresent fibres as asbestos.  The company claims the matter was discussed with the FDA, but the agency dismissed Claire's concerns and moved forward with the issue of a warning.

#WARNING: FDA is advising consumers NOT to use certain @claires eye shadows, compact powder, & contour powder products because they may be contaminated w/ #asbestos fibers. If you have these cosmetics in your home - stop using them. https://t.co/CqtxENLZye pic.twitter.com/GTYdnWzKva

The FDA performed the chemical tests only after being informed of reports of asbestos in products sold by Claire's and Justice back in 2017.  A representative for Justice noted that the products in question were recalled in 2017.

The company also claimed that one of the tests showed no evidence of asbestos in the products, although a second round of testing indicated trace amounts were in fact found in the products.

While Claire's also removed its products from stores, a recall was not issued.  Last Tuesday, the FDA confirmed asbestos in three of Claire's products and one Justice product, after the Occupational Safety and Health Administration and AMA Analytical Services conducted product testing.

The FDA has not received reports of illness due to the use of these products.  Asbestos fibres are known to get stuck in the lungs and it can cause cancer, but those who have frequent and long-term exposure to it are at the most risk.

CTV News reminds the public that cosmetic products do not have to be reviewed or approved by federal regulators.