A recap of weekend two. 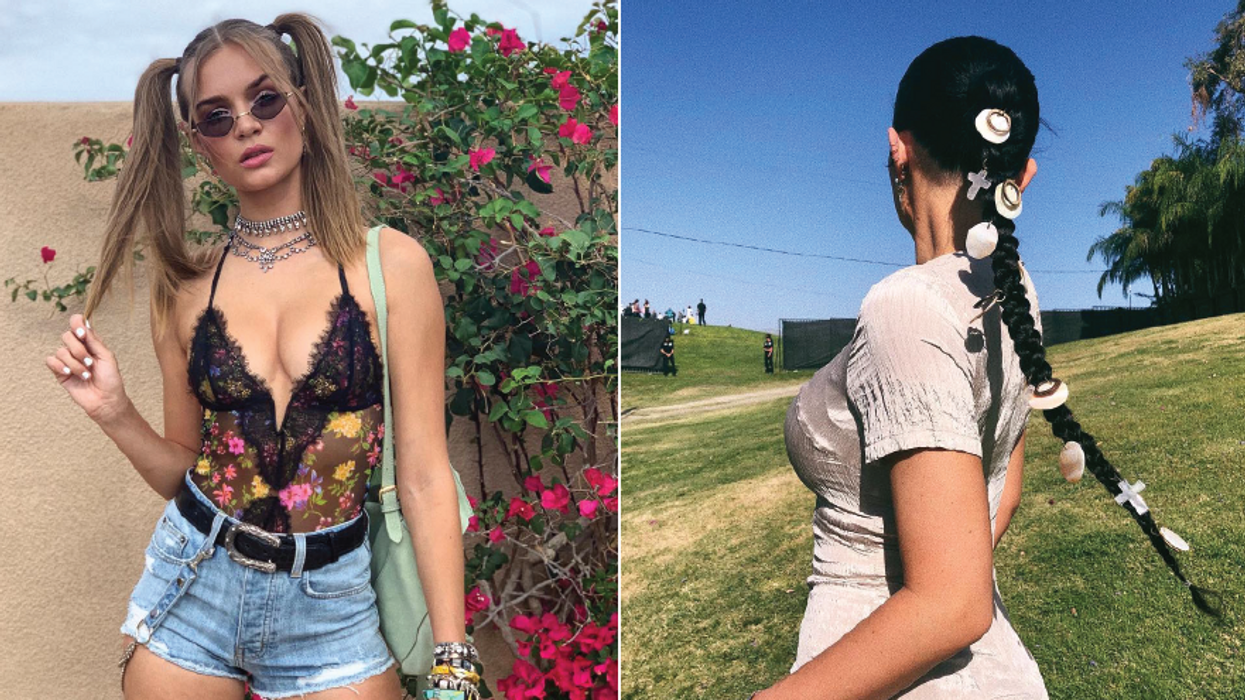 If you're wondering, yes, Coachella was still on this past weekend and it wasn't just outfits from last weekend. The festival runs for two weekends, and that means we get to hear about it for about a month straight while everyone posts their outfits and talks about their experiences. Well, we're here to tell you that these are Coachella's best and worst outfits from weekend two.

While weekend one is mostly about the outfits, people go to weekend two for the music. This time, weekend two had fewer celebrities, but more Kardashian's. Kanye West brought his Sunday Service to Coachella, and that means some of the Kardashian's had the worst outfits. But you'll just have to read the list to see who made it!

YouTuber James Charles didn't have his butt out this time, but that's not why his outfit is better. His look was so sleek and chic, so how could he not make the best-dressed list? He also added a simple cut in his shirt which made all the difference.

While she didn't attend the actual festival itself, the whole family was there to support Kanye West. The entire family wore cream and a muted purple colour, but Kim always has to go the extra mile. Those bangles look like when you're a kid and you put your mom's jewelry on and walk around. Not cute.

Busy Philips looked like Strawberry Shortcake at Coachella weekend two, and we're all here for it. While she always looks amazing, her rose gold coloured hair really worked for this outfit. Also, Busy Philips went to Coachella before it was cool, so she has to make the best dressed list.

Justin Bieber put this photo on his Instagram story, and while we know he's trying to promote his clothing brand Drew House, all we could look at was Hailey's outfit. It looks like her pants are rainbow metallic, and I know that nothing is supposed to match at Coachella, but this really doesn't match.

Josephine Skriver, who is a Victoria's Secret Angel, is giving major Baby Spice vibes in this photo. For Coachella, you can either go weird or work it, and she definitely works it. Her bodysuit is, of course, from Victoria's Secret.

We're not entirely sure what's happening with her hair here. If this is a new trend, I don't want it. Of course, the last Sunday of Coachella fell on Easter Sunday, which I can only assume is why Kylie put crosses in her hair. It's definitely "festival vibes", but it's just not working.

While her outfit isn't anything extravagant, that's why it works. Some people go too far for Coachella, but Camila Mendes got it just right. Those yellow sunglasses are super cute, and she works them.

I think it's pretty obvious to all of us that Diplo is wearing Fendi pajamas. While Coachella is weird, I think you should leave your pjs at home, sir. But at least Ellie Goulding looks stunning?