Vancouver finally gave him some sun! 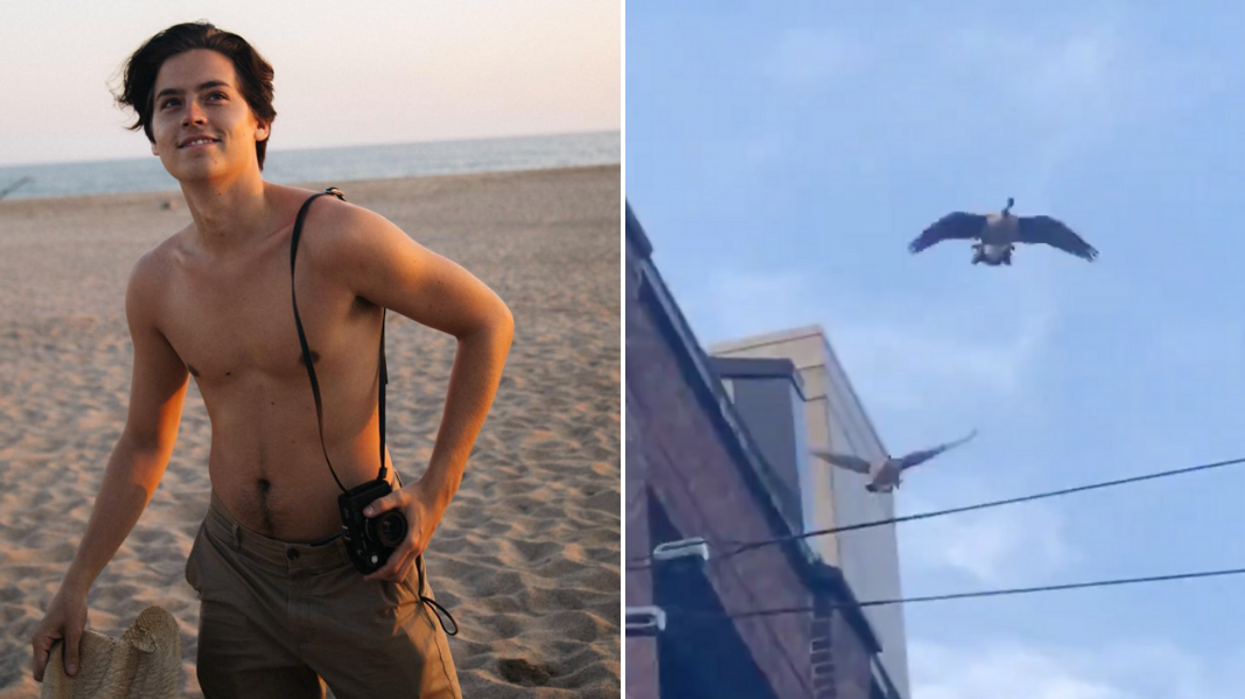 Cole Sprouse’s Riverdale character Jughead may not be living in Canada. However, because the CW drama films in British Columbia, Sprouse gets to call Vancouver home when he’s working. Although he’s been on and off residing in Hollywood North since the show started in 2017, he’s still revealing things he enjoys about the city. Today, that happened to be the Canada geese!

On his Instagram story, the former Disney Channel actor took to the social media platform to celebrate the beautiful sunny morning he was experiencing.

The video taken of the blue sky also featured geese flying back and forth. He captioned the video, “The sun is shining the Goose are honking, another fine day in Canada."

For those who have visited Vancouver, you may be aware that sunshine in the province is something of a novelty, especially in the winter months, so it might not be surprising for Cole to be celebrating the sun.

However, some may be questioning his content over the geese. Canada geese, although a staple in the country, are sometimes considered annoying. According to the video though, Sprouse didn’t seem to be bothered by them at all.

The Italy-born actor just returned to Vancouver after spending time in LA where he sparked break up rumours with girlfriend and co-star Lili Reinhart.

E! News reported the pair arrived at the Vanity Fair Oscar Party separately, spending little to no time together.

They’re both currently working on season 4 of Riverdale, however recent episodes have left things up in the air about the 27-year-olds involvement in season 5.

Riverdale returns to The CW on February 26 after a two-week hiatus.