The video is so heartwarming. 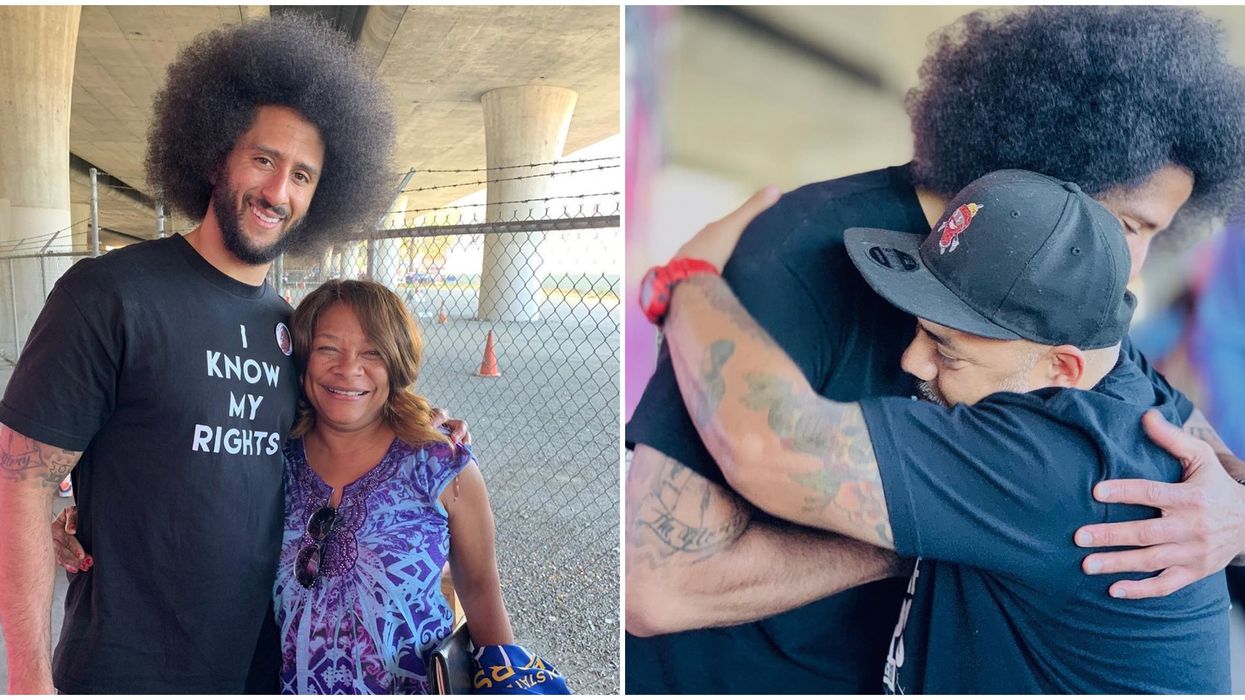 Selfless stories warm our hearts and we can’t get over this video we found over the weekend. Former 49ers quarterback Colin Kaepernick spent his 32nd birthday feeding the homeless in Oakland. And it turns out, people had quite the surprise planned for him too.

His foundation, Know Your Rights Camp posted an Instagram video of Kaepernick walking up to a homeless man and handing him a supply backpack. The video’s caption says “This is how Kap brought his birthday in today. Giving back. Happy birthday, @kaepernick7!!! #ImWithKap”

According to CBS San Francisco, the backpacks contained clothes, snacks, and air masks. These resources were passed out in partnership with his charitable foundation, Know Your Rights Camp.

He also paid a taco truck to come hand out food. He was joined by his girlfriend, radio host Nessa, along with others from his organization.

At one point, people gathered around him and surprised him with a birthday cake topped with lit candles as they sang “Happy Birthday”. His reaction is so sweet.

Nessa posted on Instagram, saying “All he wanted to do was come back and visit everyone in Tent City (in) Oakland, California, and to give back to those who are in need right now.”

A fan posted an adorable tweet after she ran into Kaepernick in Oakland. She said, "I’ve been proud of Colin Kaepernick for his activism. But running into him today in Oakland- on his birthday, feeding homeless via a food truck, pushed my admiration over the top! Happy Birthday Kap & thanks for all you do!"

Her tweet has been blowing up with 7.6k likes and 1.8k retweets.

Comments underneath her post praise Kaepernick for giving back and for his history of standing up to police brutality. One comment reads, “You’re like Ali ‘The Greatest!’ Birthday blessings to one who has challenged America’s conscience!”

Another comment says, “What an unexpected story for today. Thank you thank you for sharing this. More kudos to @kaepernick7.”

Three years ago, Kapernick broke national headlines for taking a knee at NFL games to protest police violence against people of color.

Ever since, he’s been a major talking point on both sides of the U.S. political aisle. We’re so proud to see his success and how he gives back.