Compliments Chicken Nuggets Recalled Across Canada Due To Salmonella Contamination 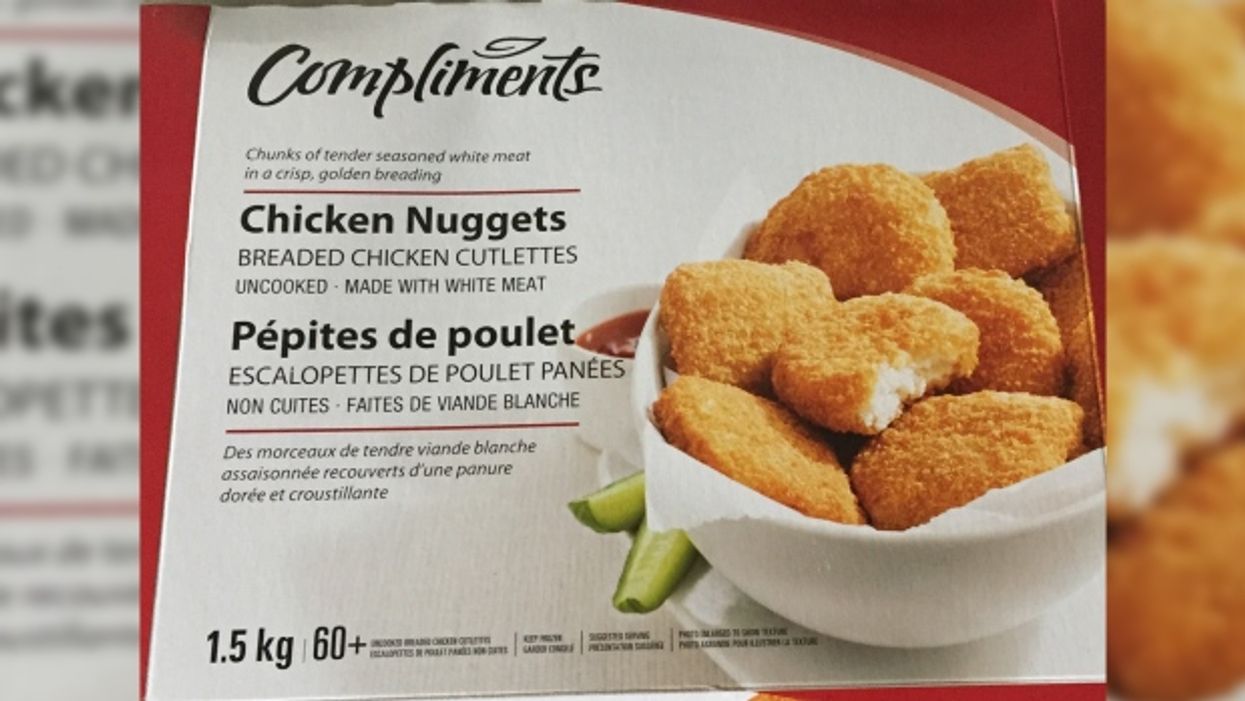 According to CTV News, Compliments is the store brand of Sobey's which is sold in not only Sobeys locations but also in Safeway, IGA, Foodland, Thrifty Foods, Price Chopper and Freshco. This means that more likely than not, most Canadians have Compliments brand food in their fridges and freezers right now.

READ ALSO: A Food Basics Store Was Left Unlocked In Ontario And Customers Still Shopped And Paid For All Their Items

Due to possible salmonella contamination, it's important that you check the food in your fridge to make sure that you're not consuming any recalled food. The CFIA states that the Sobey's brand chick nuggets were sold in all Canadian provinces and territories with the exception of Quebec.

According to CFIA, they are currently 59 cases of illness in 10 provinces across Canada regarding Salmonella Enteritidis. Last month, Crisp & Delicious Chicken Breast Nuggets (1.6kg) were recalled in BC, Manitoba, Ontario and Quebec due to salmonella contamination. They might have also been distributed in other provinces and territories as well.

Now, a second product was recalled today on February 27 regarding the Compliments Chicken Nuggets.

READ ALSO: Tim Hortons Just Opened Their First Restaurant In China And The Menu Is Unrecognizable

CFIA advises Canadians not to consume the recalled product and retailers and restaurants are advised not to sell or serve the recalled products. Anyone can get ill from Salmonella infection, but infants, children, seniors and those with weakened immune systems have a higher chance of getting seriously ill from contamination.