It hasn't even been 24 hours since the election results came in. 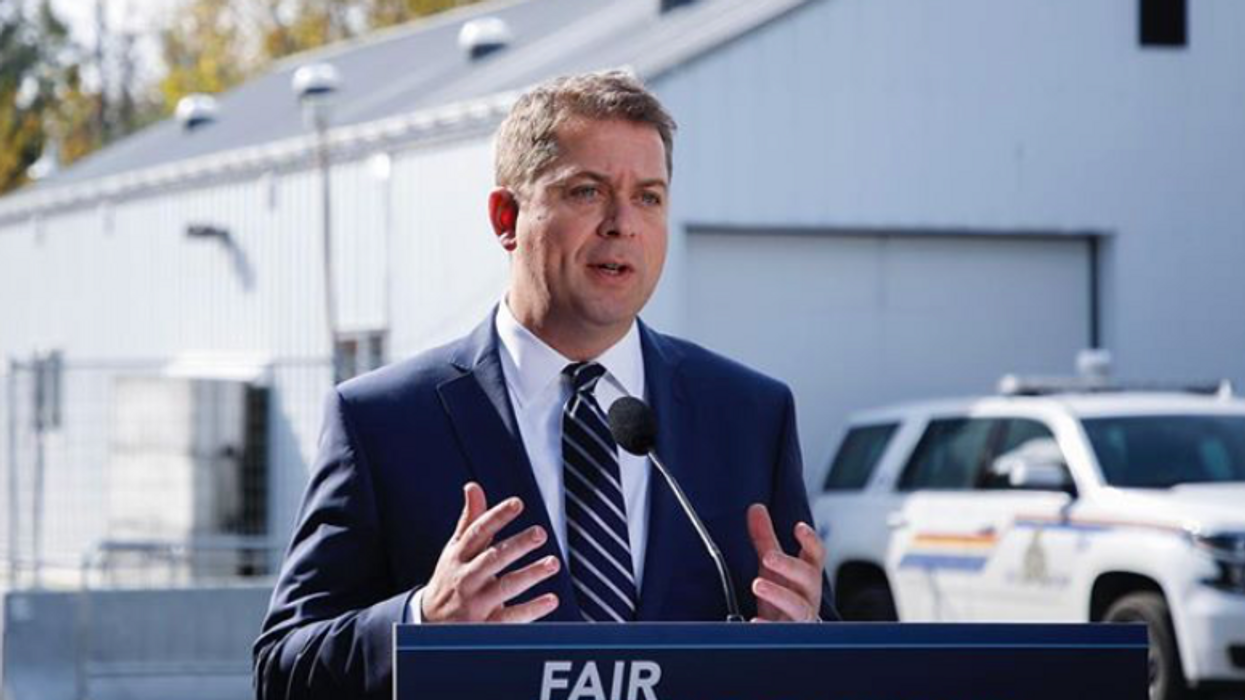 It’s been a whirlwind of a campaign season for Andrew Scheer and his Conservative Party, and it all came crashing to an end on Monday night. Losing out to a Trudeau-led minority government, the Conservative Party won 121 seats, in comparison with the Liberals’ 157. Now, less than 24-hours after the final votes came in, some Canadians are already calling for Scheer to resign, meaning the Conservative leader of Canada 2019 could change before the year is out!

It was a pretty close race for Andrew Scheer and the Conservative Party last night, after losing out to Justin Trudeau’s Liberals by 121 seats to 157. After predicting earlier in the week that there “will be a Conservative majority,” and maximizing on Trudeau fails such as the SNC-Lavalin drama and the blackface scandal, it’s likely that Scheer expected his party to do better.

That said, it hasn’t been an unsuccessful campaign for Scheer, who managed to increase the Conservative seats in parliament overall, as well as hold on to his own seat in Regina—Qu'Appelle, Saskatchewan. Even more significantly, Scheer and his Conservatives actually got the most votes overall, claiming 34.4% of the vote compared to the Liberals' 33.1%.

Despite taking the Conservative seats from 95 to 121, and winning the popular vote in Canada, some people are already calling for Andrew Scheer to resign, with several suggesting that the party could have won under different leadership.

Choosing not to post on social media about the loss, on Monday night Scheer simply provided a link to his live speech from the night, tweeting only to say, “LIVE in Regina — watch my election night speech.”

The response to this tweet, seemingly from Conservative supporters and opposition alike, was pretty negative, with many people calling on Scheer to resign immediately.

One Twitter user wrote, "You need to resign! What a disgraceful night for the Conservatives."

Another Canadian was equally unimpressed by Scheer's efforts, writing, "...For the love of Canada, please resign immediately. Tonight."

Somebody else shared a similar opinion, replying to say, "You despicably played the dirty politics of fear & division and now you’ve lost on both fronts as you’re not PM and you can’t form a majority with other parties who will definitely align with the Liberals...no sympathy for you at all, you reap what you sow sir."

Another simply added, "Please resign Andrew Scheer. You gave that imbecile a second term on a silver platter."

Last week, a report from the Globe and Mail cited several anonymous sources from within the Conservative Party that said supporters of Peter Mackay, a former Conservative cabinet minister, will mount their own leadership campaign if Scheer loses.

It remains to be seen if this will come to fruition, now that Scheer has lost the leadership campaign.

During his speech on Monday night, Scheer simply said, “More Canadians wanted us to win this election than any other party. Tonight, Conservatives have put Justin Trudeau on notice.