It does include Stephen Harper though. 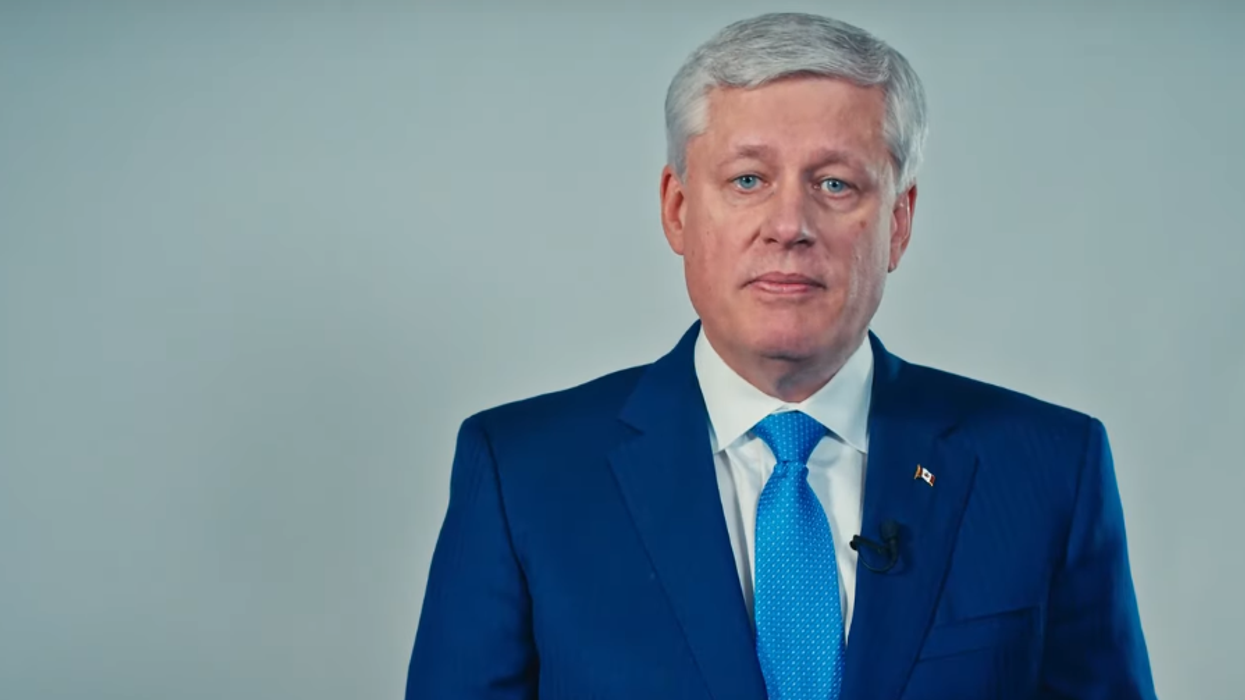 A new ad put out by the Conservatives today is all about getting Andrew Scheer elected as Prime Minister. But surprisingly Scheer isn't even in the video except for stock clips of him meeting people and giving press conferences. Instead, the video stars former Prime Minister Stephen Harper. And he's asking people for money.

In a video ad released today, Harper asks people to help elect Scheer by donating money to the party's campaign. You would think that a video asking people to donate money to the campaign to elect its leader would actually feature said leader. This is not the case here.

Instead, it features the former Prime Minister saying, "it's important that we all get active because Canada is at a turning point."

He then went on to say, "Let's make Andrew Scheer the next Prime Minister of Canada."

The election is only a few weeks away now, and Canada is at a turning point. We need to make Andrew Scheer the nex… https://t.co/ztQYeREoJ0
— Conservative Party (@Conservative Party)1567101592.0

In case you didn't know, Harper is actually a board member for the party's fundraising arm. Because of this, him appearing in an ad and asking for donations isn't exactly out of left field but it's still weird considering Scheer is nowhere to be found.

And people are not here for Harper endorsing Scheer or asking people to donate to his campaign. Some of the reactions to the new ad are actually pretty funny.

more evidence that this party can not shake the ghosts of governments past. This is clear vindication of the critic… https://t.co/4X9XL7bUVG
— Matt (@Matt)1567099193.0

Not sure what it says about @AndrewScheer's image that he is using @stephenharper in this way. https://t.co/VEiGcaA2oE
— Stephen Maher (@Stephen Maher)1567101759.0

‘Why do the Liberals keep talking about Doug Ford and Stephen Harper, it’s Andrew Scheer on the ballot this fall’… https://t.co/9AM1xCfhmz
— Rob Silver (@Rob Silver)1567100455.0

So could releasing this ad be a way of deflecting online scrutiny away from Scheer and towards Harper?

Scheer is still facing backlash for keeping silent for a week about his views on gay marriage after a clip from 2005 surfaced of him saying it shouldn't be leagalized.

Scheer only just spoke out about all of that on Thursday, after the new campaign ad was released, and he didn't really say much about the issue or clarify his stance.

It seems there's no shortage of scandals and oddities during this election campaign.