Prime Minister Trudeau and Sophie are under self-isolation. 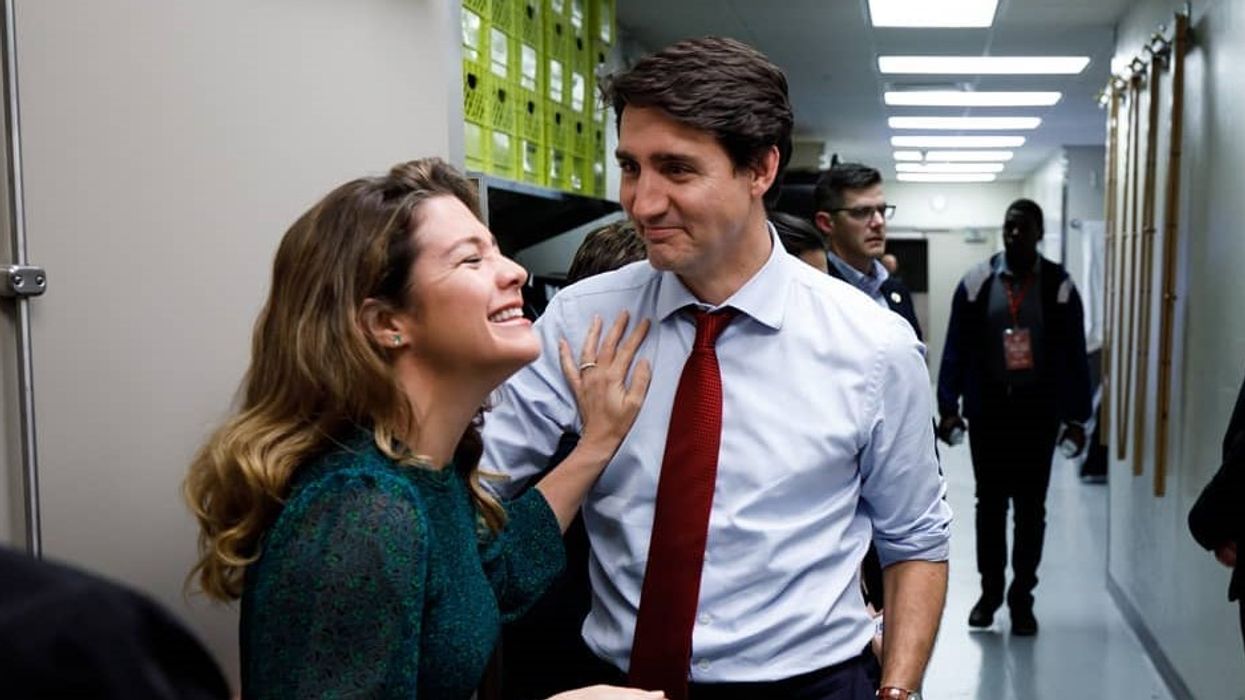 On Thursday evening, it was confirmed that Sophie Gregoire Trudeau has tested positive for COVID-19. In a statement on Twitter, the Prime Minister's office shared a personal message from Sophie, verifying that she does have the disease.

In a press conference earlier in the day, Trudeau said that he and Sophie were self-isolating after they returned from their trip to the United Kingdom. Since then, Sophie reported feeling flu-like symptoms.

Trudeau's Communications Director Cameron Ahmad shared a message from Sophie while making the official announcement about her diagnosis on her behalf. In the tweet, Sophie described her current health situation but she explained that she still remains hopeful.

"To all my friends, family, beloved Canadians, and allies everywhere, First I'd like to say a big thank you to all of you who have reached out to me asking how I'm doing," the statement read.

"Although I'm experiencing uncomfortable symptoms of the virus, I will be back on my feet soon. Being in quarantine at home is nothing compared to other Canadian families who might be going through this and for those facing more serious health concerns."

She continued, adding a bit of levity to the situation: "We will get through this situation together. Please share the facts and take your health seriously. I sent you all my courage and warm thoughts (but only "get better" hugs from afar!)"

Trudeau's office confirmed that the Prime Minister remains in good health and is showing no symptoms. As Narcity reported earlier today, Trudeau will remain in isolation for the remainder of the 14-day period advised by doctors.

Health officials confirmed that they will reach out to anyone that has been in contact with Mrs. Trudeau where necessary.

The full statement shared by Ahmad read: "The Prime Minister will continue to fully assume his duties and will address Canadians tomorrow. Today, he held several meetings over the phone. He spoke with the leaders of Italy, the United States and the United Kingdom, he participated in a meeting of the special cabinet committee on COVID-19."

The official communique also gave thanks to "all of Canada's health professionals and the Public Health Agency of Canada" for doing "an incredible job in protecting all Canadians."

On Wednesday, the prime minister made an official address announcing a $1 billion plan to combat coronavirus in Canada.

There are presently 138 confirmed cases of COVID-19 in Canada and three additional presumptive cases, according to the Government of Canada's official count. So far, one person has died, 80% of the cases are travellers, according to the site.