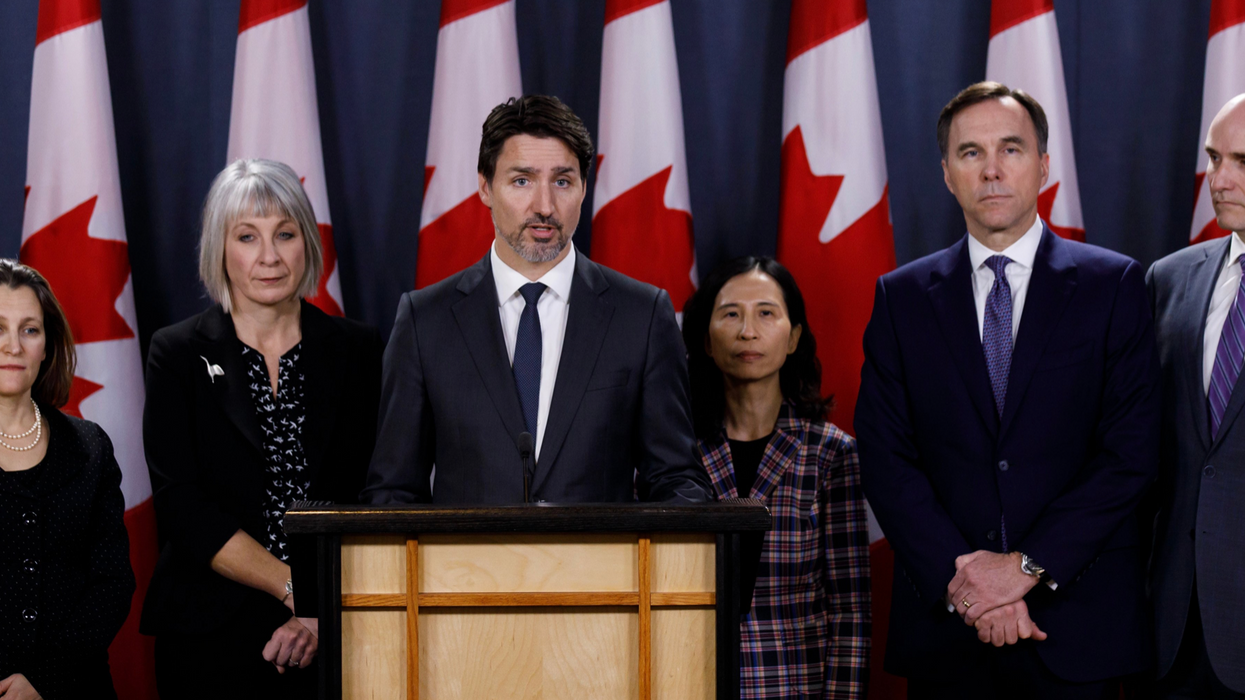 The Prime Minister has spoken once again about the federal government’s plans to combat COVID-19 in Canada. Tweeting on Sunday, Justin Trudeau promised Canadians that they are “not taking anything off the table” when it comes to protective measures. Full details of their plans are expected to be announced later today.

On Sunday, the Prime Minister had a meeting with the country's cabinet ministers to discuss the continued action Canada will take in response to the COVID-19 outbreak.

According to Global News, ministers left the meeting promising big action from the federal government in the coming days.

While Trudeau remains in isolation at home after his wife, Sophie Gregoire Trudeau, was diagnosed with the virus, he tweeted a public message on Sunday evening.

The PM explained, “[It’s been a] busy day of meetings and interviews today.

“COVID-19 is an evolving situation in Canada and around the world, and nothing is off the table as we consider every option to protect the health of Canadians and the economy.”

The ministers are believed to have discussed measures such as mandatory self-isolation and shutting Canada’s borders to international travellers.

Busy day of meetings and interviews today. COVID-19 is an evolving situation in Canada and around the world, and no… https://t.co/JBphyfG9L7
— Justin Trudeau (@Justin Trudeau)1584298763.0

According to Global, Canada’s Economic Development and Official Languages Minister, Mélanie Joly, explained, “I think the most important thing that Canadians want to know right now is how we can keep them safe, and that has been our main priority as a government.”

Joly continued, “Starting tomorrow you will be hearing the decisions that we just took.”

On Sunday, the Prime Minister was asked why Canadian airports were not implementing stricter protocol for international travellers coming into Canada.

He responded that "new measures are coming 'right now.'"

This morning, I spoke with the @EU_Commission’s @vonderleyen about how we can coordinate the international response… https://t.co/8WBgtmuGtV
— Justin Trudeau (@Justin Trudeau)1584302048.0

At a news conference, Dr. Tam explained, “Our window to flatten the curve of the epidemic is narrow. We all need to act now. COVID-19 is a serious public health threat.”

In response to growing concerns, Quebec has taken some of the strongest action in the country, and has plans to introduce mandatory isolation as well as restrictions on travel.

More details about Canada’s latest plans are expected to be revealed on Monday, during a press conference with the Prime Minister at 1 p.m. EST.