Trudeau described the move as "extraordinary." 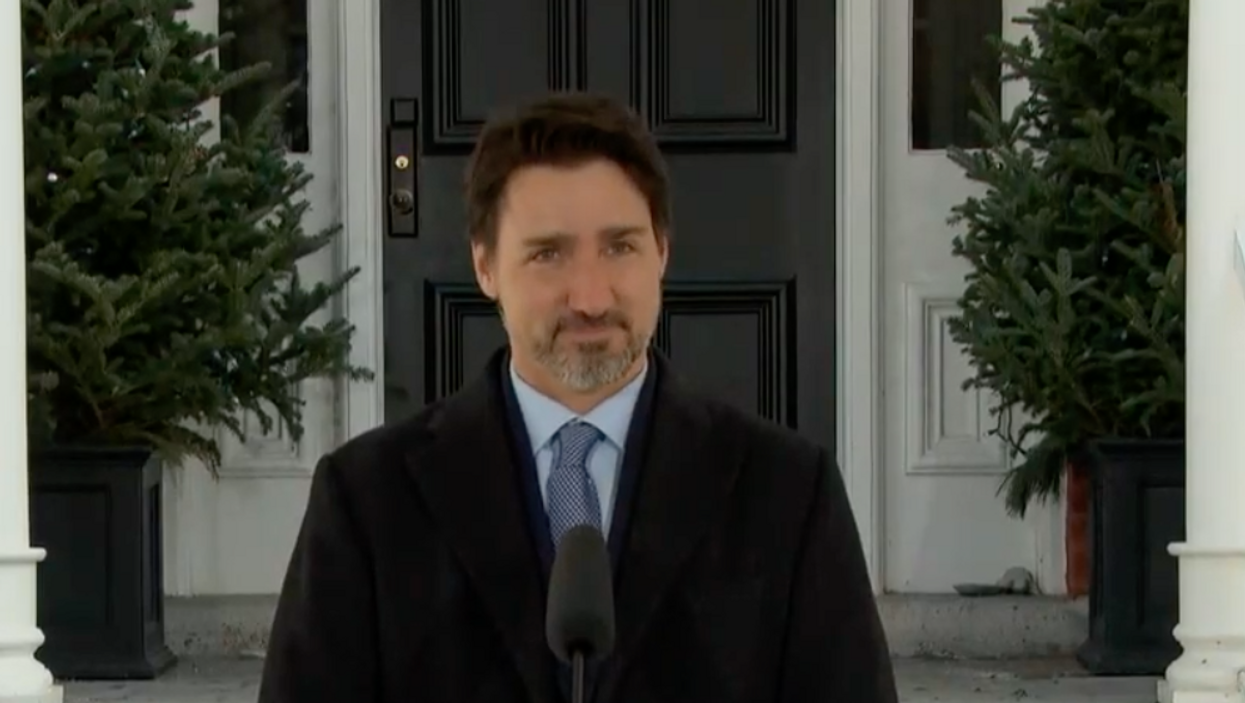 Speaking once again from Ottawa on Wednesday, the Prime Minister announced a new $82 billion plan to help combat the effects of COVID-19 in Canada. The latest aid measures will include a deferred tax deadline, a child benefit boost and subsidies for small businesses. $27 billion will also be spent on direct assistance to Canadian workers.

Holding a press conference outside his house for the third time in three days, the Prime Minister revealed the federal government’s new $82 billion plan to control the effects of the novel coronavirus in Canada.

After confirming that the border between the U.S. and Canada would be closed to all non-essential travel, Justin Trudeau laid out his plans to provide direct financial help to Canada’s workers and businesses.

As well as deferring the tax deadline, the government has promised to boost the Canada Child Benefit, provide wage subsidies for those unable to work, and help the country's hardest-hit sectors.

In addition, approximately $55 billion of the total will be used to support businesses, which will aim to ultimately help to stabilize the economy.

“Our government is taking extraordinary action,” Trudeau said on Wednesday, noting that the dedicated $82 billion is equal to 3% of the country’s GDP.

While the full details of Canada’s financial aid package are yet to be formally explained, the Prime Minister touched upon several major changes during his statement.

“We are confident that getting these measures out ... within the next few weeks to make up for lost income will make a significant difference,” the Prime Minister said.

In a tweet beforehand, he described the move as "a significant and comprehensive plan that’s going to help all Canadians get through these challenging times."

I’m announcing a significant and comprehensive plan that’s going to help all Canadians get through these challengin… https://t.co/Md3HtDxKAk
— Justin Trudeau (@Justin Trudeau)1584542477.0

For the third time this week, Trudeau spoke from his home where he remains in self-quarantine. He and his family have been practicing social distancing since last week when Sophie Gregoire Trudeau was officially diagnosed with COVID-19.

More information about Canada’s latest plans can be found by clicking here.