85 new cases on Tuesday is the biggest single-day jump so far. 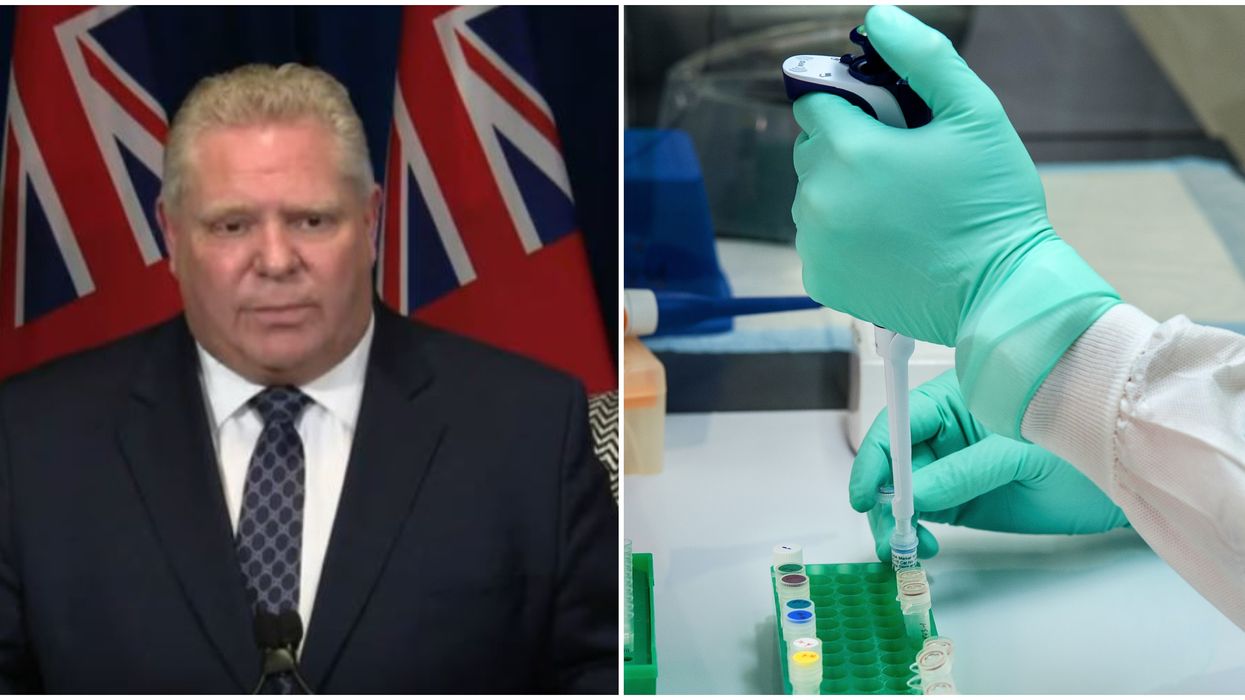 As the number of cases in the province grows, so does the backlog. The latest numbers tracking COVID-19 in Ontario were released on Tuesday, March 24. And, while the number of confirmed cases rose overnight by 85 to a total of 588, the number of cases under investigation right now has just exceeded 10,000 for the first time.

Ontario delivered the latest update via its dedicated COVID-19 page on Tuesday morning.

Among the data in the update was the fact that some 10,074 cases are currently under investigation. The province also saw its largest single-day jump in cases yet.

CBC reports that Ontario's official numbers are skewed by the limitations of provincial testing policy: both rationing of tests and accumulation of tests in labs are causing at least a four-day delay in the reporting of results.

However, CBC's Mike Crawley reports that people are actually now having to wait six days or longer to find out if they have contracted the virus.

Tuesday's new confirmed cases include Ontario's seventh death related to the virus, that of a man in his 90s in Durham Region, per The Canadian Press via City News.

NEW: Ontario's #COVID19 stats show the backlog of people who have been tested but have not received the results has… https://t.co/q2RfjhxtRX
— Mike Crawley (@Mike Crawley)1585065297.0

Per CBC, Dr. David Fisman, an epidemiologist and professor at the University of Toronto, says it is "a concern" that the province is struggling to keep up.

Ontario has been conducting roughly 3,000 tests per say, but only produces around 2,000 test results per day, reports CBC.

"The fact that we can't keep up with this very constrained volume of testing is a concern," said Fisman.

As of 11:59 p.m. Tuesday night, all non-essential businesses in Ontario must shut down in compliance with an order from Premier Doug Ford.

On Monday, it was revealed that the number of confirmed cases in the province had almost doubled in four days since Thursday, March 19.

Monday's count was 503, including six deaths and the few cases that have recovered so far. On Tuesday morning, it had reached 588, with a seventh death.

According to Ontario's latest data, the 85 new cases included people who had traveled to the United States, Brazil, Austria, Dubai, Italy, or Singapore.

The Toronto Star reports 32,457 individuals have now been tested in Ontario for COVID-19, with 21,795 tests coming back negative.