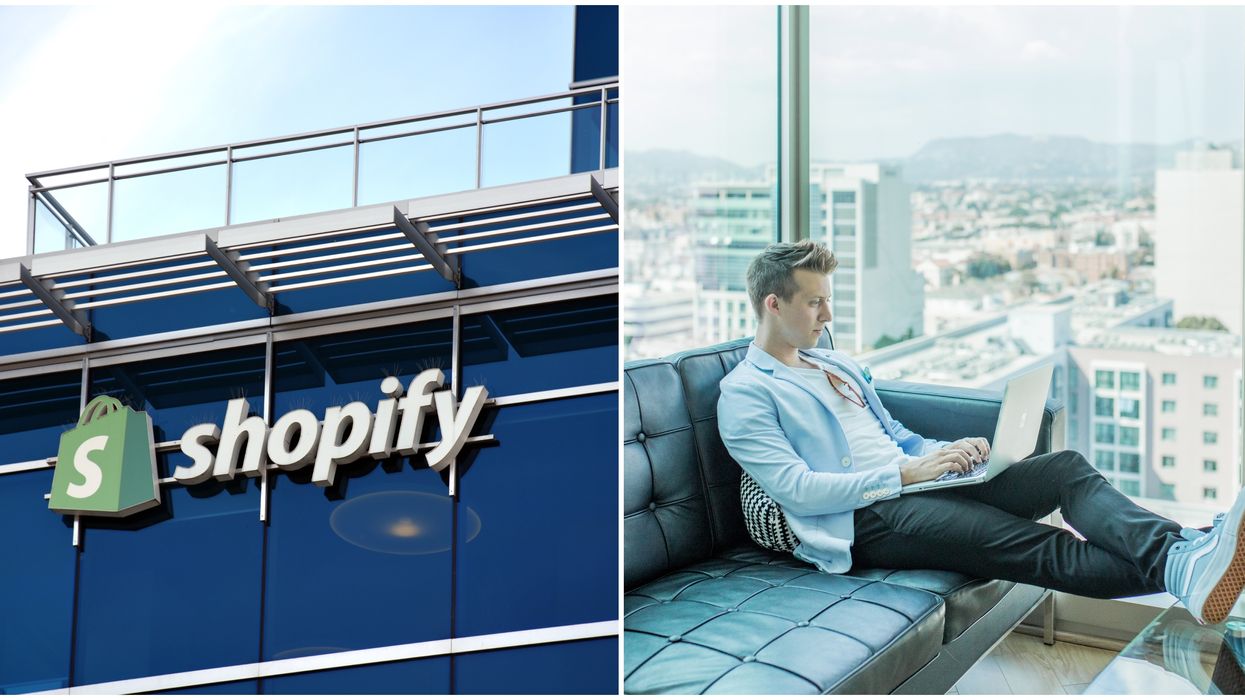 It sounds like office working could actually be a thing of the past. As COVID-19 in Ontario continues to disrupt day-to-day life, more and more companies are telling their employees not to come back to the office any time soon. In some cases, businesses have even gone as far as to declare working from home as their "new normal" indefinitely or forever.

There has been plenty of debate since the province declared a state of emergency about what returning to work will look like on the other side.

On Thursday, May 21, in one of the most notable moves so far, the CEO of Ottawa-based Shopify announced he would not be asking employees to return to in-office work.

"As of today, Shopify is a digital by default company," tweeted Tobi Lutke. "We will keep our offices closed until 2021 so that we can rework them for this new reality. And after that, most will permanently work remotely. Office centricity is over."

That was one of the most dramatic statements so far from an Ontario-based company, but it is not the only one.

Back on March 11, Twitter became one of the first companies to make it mandatory for employees to work from home through the pandemic.

And last week, the social media giant, whose Canadian headquarters are in Toronto, confirmed it would not reopen most offices before September at the earliest.

Even then, it will not require employees to return to in-person work if they don't want to.

Other leading companies like Salesforce, Facebook, and Google, which also have major offices in the 6ix, are allowing most staff to work from home for at least the rest of 2020, per Reuters.

As Facebook's owner Mark Zuckerberg told The Verge on Thursday: "I think that it’s possible that over the next five to 10 years... we could get to about half of the company working remotely permanently."

Other multi-national companies with Ontario offices like Mastercard, VISA, and American Express have made similar announcements, reports the Financial Post.

It's not only global giants doing this, though.

One of Canada's most lucrative tech companies, the Waterloo, Ontario-based OpenText, made a similar announcement on April 30.

It said that it had transitioned to work-from-home operations so seamlessly that it is going to look to close nearly half of its offices worldwide while employees continue to work remotely, per the Globe and Mail.

A University of Toronto professor had declared a few weeks ago that employers will be learning that working from home doesn't necessarily equate to less production.

And that seems to be proving to be the case, if the last few weeks are anything to judge by.