The Emergency Act will be extended for another 28 days. 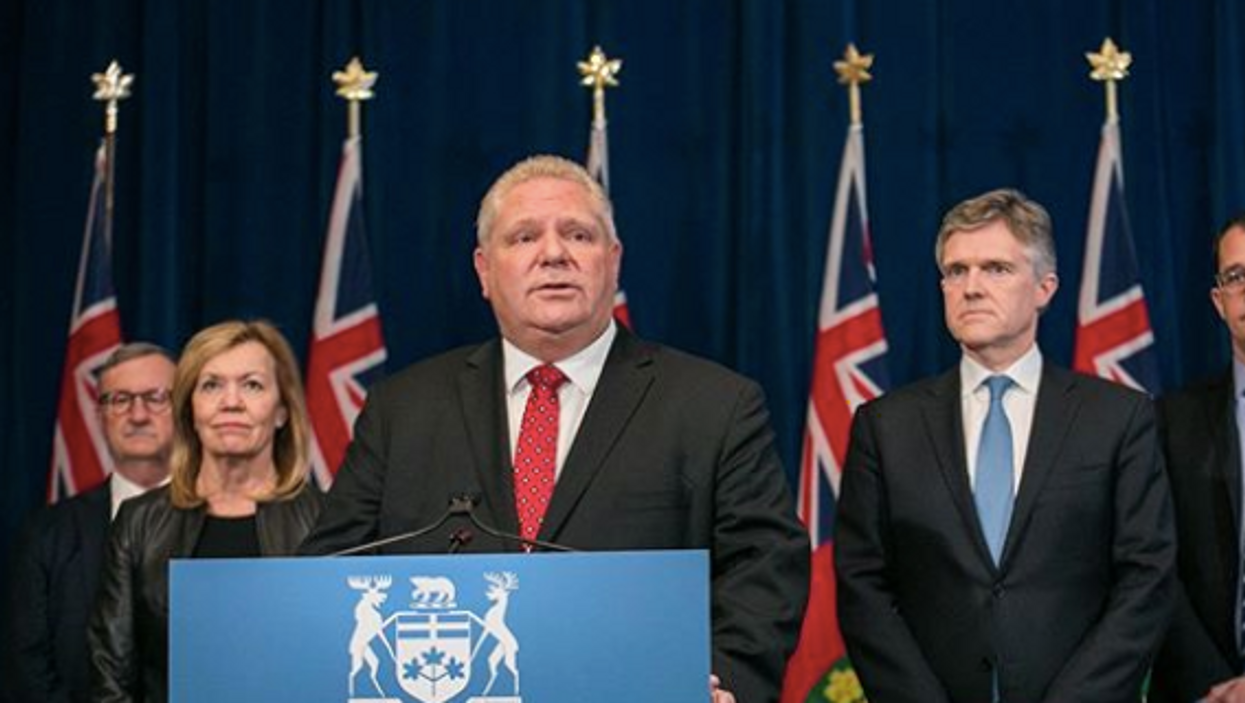 It looks like the battle to contain COVID-19 in Ontario isn't letting up. In a press conference on Monday, Ford revealed that we can expect another month of social distancing. The province originally said that they would only extend the state of emergency until April 23, but it's now going to be prolonged by an additional 28 days.

When asked by reporters in Monday's press conference what would be discussed at Queen’s Park tomorrow, Ford revealed that the Ontario Government will be extending the Emergency Act.

“Well, the one is to extend the Emergency Act for another 28 days, and then we have another five items,” the premier states about tomorrow's agenda. “Hopefully we will get through this.”

According to an Ontario government press release, the Emergency Act was originally extended until April 23.

With Ford extending this act for another 28 days, this means that public amenities, restaurants and non-essential businesses will continue to remain closed well into the month of May.

When it comes to reopening the province, Ford stressed today that although Ontarians are eager to get back to work, they won't be opening everything back up as soon as possible.

Instead, officials want to make sure it's done as safely as possible with the advice of medical professionals.

"My biggest fear is all of a sudden we get another wave and it hits us," the premier said today."I want to make sure we do it properly, cautiously, and not just open up the floodgates. I think it would be irresponsible.""I do not want to just turn this on until we get clearance and then we have to consult with communities...We'll do it cautiously and not for the next little while...until we can see more favourable numbers."

I want to extend my greatest thank you to @jkenney and the good people of Alberta for their generous donation of cr… https://t.co/zSs8poByQa
— Doug Ford (@Doug Ford)1586800650.0

Later this afternoon, Ford took time to thank Alberta's premier Jason Kenney and the province for donating critical medical equipment supplies to Ontario during this time of need.

Last week, Ford claimed that reported blocked shipments at the Canada-U.S. border could mean that the province will run out of PPE within a week.

Ford previously stated that the Ontario government warned that COVID-19 could last up to two years.

The projection by Public Health Ontario claimed that the pandemic could last from 18 months to two years and could result in up to 15,000 deaths.

On Monday morning, Ontario confirmed an additional 421 confirmed cases, which brings the provincial total to 7,470 cases.