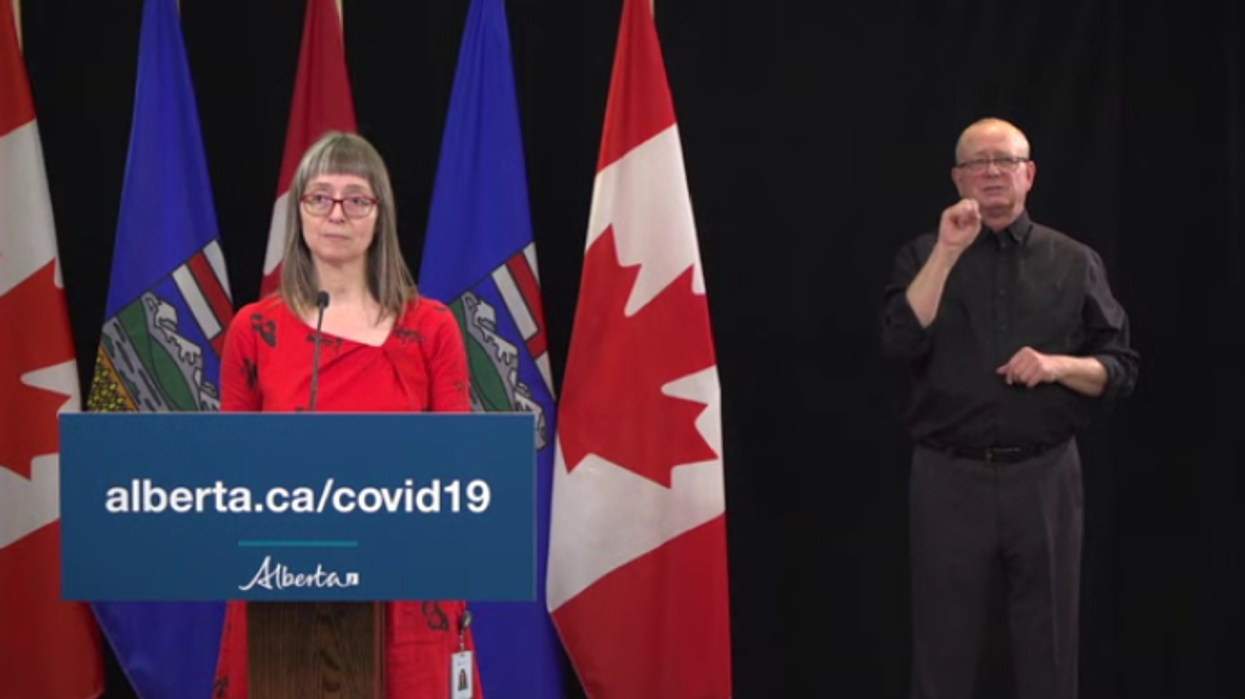 It's been a rough 24 hours for the province. According to the most recent government update, the COVID-19 pandemic in Alberta has resulted in five new deaths. This is the largest increase in the province's history and we should be doing everything to prevent further spread.

"We have always known with a rise in cases, we will have more severe cases ... and with that comes deaths," said Alberta's provincial health officer Dr. Deena Hinshaw on Monday, March 30.

"Each death is a tragedy and to have five in one day is heartbreaking," she said.

She said two deaths occurred in long-term care facilities; one was a female in her 70s in Calgary, and the other is a male in his 80s in Edmonton.

"These deaths speak to the seriousness of the COVID-19 pandemic and why aggressive measures from all of us are needed to contain the spread," said Hinshaw.

Later in the meeting, Hinshaw reported another 29 confirmed cases since her last update, bringing the provincial total to 690.

However, she warned that this number doesn't represent the total. After changing their testing policy, Alberta is no longer testing returning travellers.

They've also had a decrease in daily testing due to shortages of testing supplies, said Hinshaw.

Of the two deaths at long-care homes, one was in Edmonton's Rosedale Facility and the other was in Calgary's McKenzie Towne facility.

While Hinshaw noted most of these cases had risk factors, such as old age and chronic health problems, she stated that "their lives mattered as much as any of ours."

The days and months ahead will be difficult for all of us. We need to face this pandemic together and respond to… https://t.co/X9R0NdVObs
— Dr. Deena Hinshaw (@Dr. Deena Hinshaw)1584576097.0

Speaking on the new cases throughout Alberta, Hinshaw was "concerned" at the rate of community transmission of the virus.

She said that at least 65% of the new cases had come from this spread, meaning they didn't have a clear link to a previously known case.

Hinshaw also noted an increase in cases at the McKenzie Towne facility, where there had been a fatality in the last day.

She said there are 36 residents and five staff at this facility who are either likely or definitely have the virus.

"These are worrying numbers. We must redouble our efforts to protect those that are most vulnerable to the effects of this virus," said Hinshaw.

UPDATE: UEFA confirmed that Christian Eriksen has been transferred to hospital and stabilized.