Justin Trudeau Has Spoken Out About COVID-19 Stockpiling In Canada

It comes as shelves are emptied of hand sanitizer, toilet paper and cleaning products. 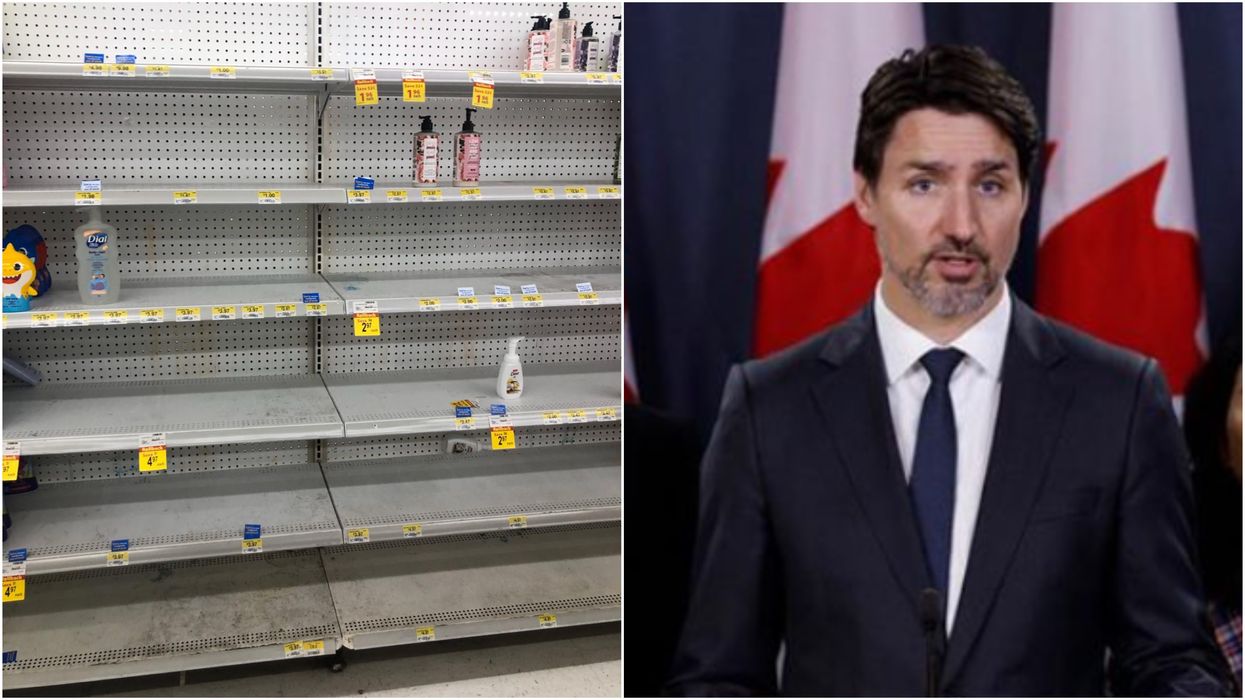 As supplies of toilet paper and hand sanitizer continue to run low, the Prime Minister has spoken out about COVID-19 stockpiling in Canada. Taking to Twitter, Justin Trudeau urged Canadians to buy “only what you need.” His comments come as he promises stronger action from the government in response to the outbreak.

As anybody who’s recently been short on toilet paper or soap knows, some items are currently pretty hot commodities in Canada.

Since the outbreak of novel coronavirus was first reported in the country, supplies of some necessities have run low, and stores across the nation have had their shelves emptied.

While agencies like Ottawa Public Health have shared the importance of having adequate supplies, but not stockpiling, it seems the Prime Minister has now been compelled to speak out about the issue.

Taking to Twitter on Tuesday, Justin Trudeau responded to a comment from Canada’s Minister of Health, who said she was “saddened” by reports of panic buying.

Quoting her tweet, he added, “Let’s take care of each other in this time of need, Canada. Because that’s really who we are.”

“If you’re heading out for groceries, check in with your neighbours and see if you can get them anything. Buy only what you need,” he said.

“We will get through this together.”

In a tweet last Tuesday, the agency shared its COVID-19 checklist, which includes having an adequate supply of medicine, cleaning products, and non-perishable foods.

That said, making their position on the toilet paper apocalypse clear, they added, “Please note: absolutely nowhere on the list does it say you need 671 rolls of toilet paper.”

While nobody is sure exactly why Canadians are specifically stockpiling bathroom supplies, many of the country’s biggest stores are running low on stock.

The TP apocalypse became so bad at one point, people were taking to social media to share tips about where you could find a roll.

The Prime Minister’s advice comes as the federal government introduced a new plan to combat COVID-19 in Canada.

Speaking on Monday afternoon, Trudeau announced new intentions to close Canada’s borders to most international travellers, as well as introduce mandatory isolation to those who have become sick or have symptoms of the virus.