Lululemon founder Chip Wilson has written a tell-all book about the company. 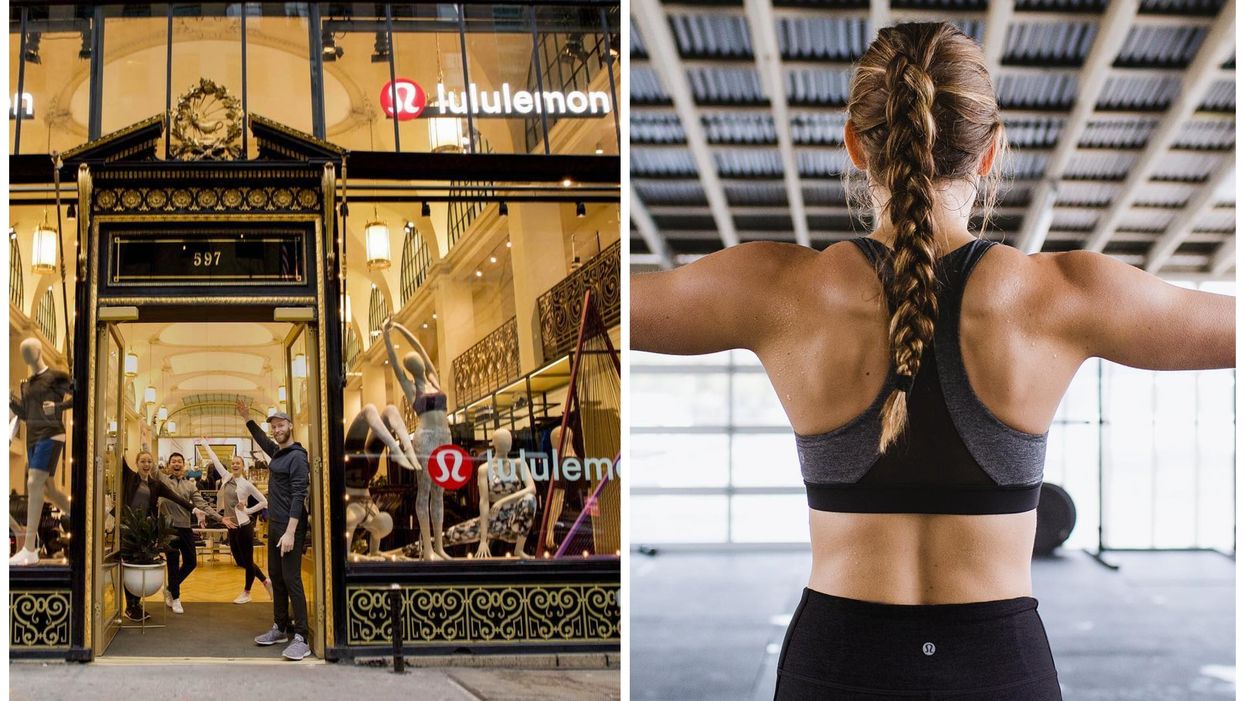 The Canadian founder and ex-CEO of Lululemon, Chip Wilson, has written a tell-all book about starting his super-famous yoga apparel company and boy is it revealing. The ex-CEO did not hold back in his new book, Little Black Stretchy Pants.

READ ALSO: The Most Insane Anonymous Confessions By UBC Students Ever

The book is self-described as "the unauthorized story of Lululemon" and claims to be about "ordinary people who took an opportunity to be creative, to be innovative, and to maximize their potential".

Thank you to everyone who came out to my Unauthorized Book Signing in #Vancouver yesterday. It was great to celebrate Little Black Stretchy Pants, back where it all started at home in #Kitsilano: https://t.co/krt6wM0EpS. pic.twitter.com/KFhZk8vWNf

If you read through the Lululemon founder's book, you will find some secrets that could be considered rather controversial. We've included some of the juiciest nuggets below:

In his book, Wilson talks about how the yoga apparel company was formed for a specific, elite demographic: the "Super Girls". The Lululemon founder claims that the clothes were aimed at these "Super Girls" who were “the best of the best” and “utopia was to be a fit, 32-year-old with an amazing career and spectacular health. She was traveling for business and pleasure, owned her own condo, and had a cat. She was fashionable and could afford quality".

Considering the relatively high price of Lululemon apparel, it makes sense that the founder targeted this specific group of women. Wilson also says that the company was fuelled by "wealthy women" who could “‘buy’ time in their lives and were consequently often in great shape and very healthy."

Lululemon was not only designed for a specific type of woman in mind, but it was also designed to make women's butts look better. "Accentuating what made people feel confident — wider shoulders, smaller waists, slimmer hips — meant Guests would feel and look good in our clothing," says Wilson. He also added about the leggings, "I believed that eventually, men would tell women the pants looked great without really understanding why.

Wilson has been criticized before for saying in an interview that Lululemon leggings did not work well for women who didn't have thigh gaps. The Lululemon founder also shames soda drinkers in his book and says the brand was not intended for people who drink soda. According to the book, at first, he wrote into the company "manifesto" that "Colas are NOT a substitute for water. Colas are just another cheap drug made to look great by advertising".

Another interesting reveal from Wilson was that "Coke and Pepsi threatened to drown Lululemon in lawsuits" after seeing the opposition against soda in the manifesto. He also mentions that he hates the term "athleisure" because it can associated with "a non-athletic, smoking, Diet Coke-drinking woman in a New Jersey shopping mall wearing an unflattering pink velour jumpsuit".

If you love the Lululemon headbands that cost upwards of $10, you won't be happy to know that the quality of the material of the headbands may not match their price tag. Wilson admits in his book that the inspiration for the headbands came from discarded fabric in factories. He wrote, "We thought, ‘what a great idea! Let’s take these pant ends and sell them'".

Not everyone is the biggest fan of Wilson or his new book. Check out some of the Twitter reactions below.

New tell-all book by Lululemon founder Chip Wilson frankly makes him even less likeable (barely possible) than before; boasting of all kinds of crazy things. Almost bid for Under Armour: https://t.co/EarcZ4o19x

Not every wealthy entrepreneur should write a book. Lululemon founder Chip Wilson describes how he made the company's ex-CEO cry, slams Under Armour, and insults Diet Coke-drinking women, in a new tell-all book https://t.co/CgnbaszlWi via @businessinsider

Critics aside, there are still fans of his book. Currently on Goodreads, the book has an average four out of five-star rating based on 11 reviews. One reviewer wrote, "In Little Black Stretchy Pants, Chip Wilson opens our eyes to the reality that behind every successful brand is a heroic story of a leader who pursued a dream". Wilson also did a book signing in the Kitsilano neighbourhood in Vancouver on October 18th.

Despite being the founder of Lululemon, Wilson has since resigned from the company. He left the company back in 2013, just a month after the controversial statements he made about Lululemon leggings working best for women with thigh gaps. He started the athletic apparel brand in Vancouver, Canada 20 years ago in 1998.

If you want to read the full tell-all yourself, the book was just released this month and can be found on retailers such as Amazon and Kindle.

"The best way to get people back and interested in travel is with a deal."

After a year of not travelling, many Canadians will be looking at flight prices in Canada right now and just waiting for the day they can hop on a plane again.

Swoop, for instance, is offering domestic flights for as low as $40. Meanwhile, an Air Canada flight from Vancouver to Toronto in October would only cost you $128 CAD (as of June 12).

The good news, according to travel expert Gilbert Ott, is that the prices will likely stay low for a while — at least for some flights.

Ott, who founded GodSaveThePoints.com, told Narcity in an interview that domestic flights could get more expensive once international travel is back. But long-haul flights outside of the country are "likely" to stay cheaper for the next little while.

"The best way to get people back and interested in travel is with a deal," Ott said. "And if they have a great experience they're likely to do it again."

Why are flight prices so low?

Ott said a variety of factors are at play. One of them is that less popular cities in Canada — like Yellowknife, for instance — are receiving more attention from airlines now that their customers can only travel domestically.

"And that means [there is] sales pressure to fill those seats that wouldn't typically be as robust as it is right now," Ott said. "So whenever airlines compete on the route, the customer tends to win."

But prices are also low for traditional destinations, like Montreal, Toronto and Vancouver. Again, Ott said there are simply more domestic flights with bigger planes to accommodate for new types of travellers.

"Now it's not just business travellers and families connecting with each other; it's people who want to get away," Ott said.

"You're seeing a lot more competition and bigger planes, which is again a win for consumers on this every time."

Will flights stay this cheap?

Another complicated question, Ott said, and depends on the type of flight.

"As soon as the borders open there's a fair chance that people will move back to their kind of old travel habits, will go to a New York to Los Angeles rather than a domestic place," Ott said, meaning less demand for some domestic flights once the "captive audience" can go international again.

"At the same time, there are more low-cost carriers coming into the market, which is good news for consumers," he said.

For long-haul flights, Ott said airlines know passengers might not have tons of cash to splash right now but they still want to fly.

"International airlines are going to want to get their services ramped back up, and they're going to have to keep in mind that people have limited funds and they want to travel," Ott explained.

"For long-haul, I think low fares are largely here to stay," he said.