Their Pride Month campaign is an absolute tearjerker. 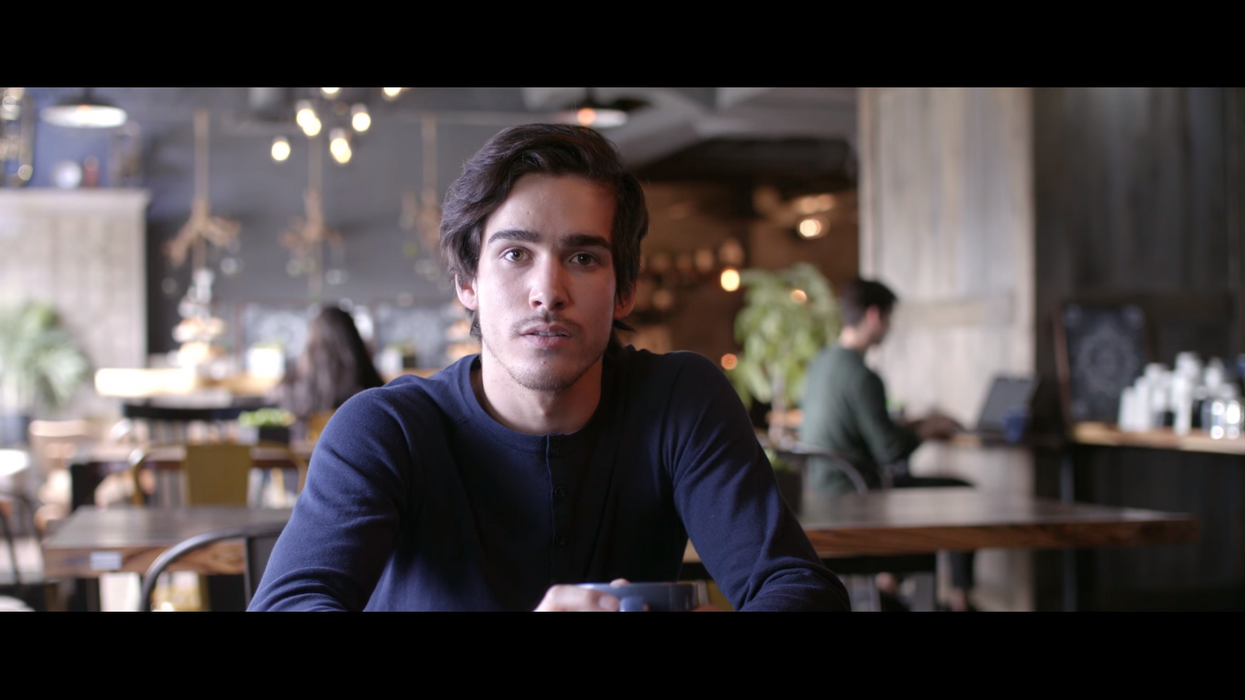 As we (hopefully) all know, June is Pride Month – which means that from June 1-30, Canada, the USA, and the UK celebrate all members of the LGBTQ+ community in fun and fabulous fashion. From parades to drag shows and beyond, there are tons of events and activities lined up around North America and overseas to show support to the extremely real cause of being able to be and express yourself to your very core.

One of the cornerstones of Pride Month, however, is listening to and understanding the hardships that LGBTQ+ members have overcome during their journey of self-discovery in order to gain the strength to be who they are today. Coming out is a pivotal point in a person’s life, and everyone’s story is unique and deserves to be heard. There are many initiatives being taken to embrace and empower the importance of coming out, but there is one campaign in particular that we think deserves special attention.

For the third year in a row, Crest has created a special project to support Pride Month and all that comes with it. Their uplifting #CrestSmileWithPride video campaign shows the power of a smile. It features three prominent Canadian influencers, each sharing an experience from their own point of view when they’ve come out to someone important in their lives – and how a smile from the other person turned their vulnerable moment into a positive experience.

From a transgendered woman coming out to her romantic interest, to a drag queen’s encounter with her father seeing her for the first time as her dolled-up self, to a young woman coming out to her mother by telling her that she had her first kiss with a girl, the #CrestSmileWithPride campaign pinpoints tender moments in each influencer’s life when they showed vulnerability and were met with supportive words and smiles.

Each 30-second video is shot from the point of view of the influencer, truly putting the viewer in their shoes. It’s an emotional and intense experience, aiming to show that support for Pride extends beyond members of the community; rather, Crest is setting a bar that everyone should aim to reach, by celebrating and embracing the person who has shared their truth with you. These videos are simple but raw, as they showcase dramatizations of real moments in each influencer’s life when they wholly and unabashedly showed their true colours.

All efforts done through this campaign aspire to speak to members of the LGBTQ+ community, as well as friends, family members, co-workers, or neighbors who know someone who could use support. Acceptance and love in the form of a smile can have a positive impact, after all.

Crest’s goal with this video campaign is to envision a world where everyone supports individuals brave enough to be themselves, no matter who you love or how you identify. Crest is a genuine supporter of the LGBTQ+ community and consistently participates in the annual Pride celebrations with parade floats and other activities, including donating $50,000 this year to The 519, a city organization dedicated to advocacy for the inclusion of LGBTQ communities.

Besides Pride, Crest has also spearheaded various other efforts to show their alliance with the Community. Their parent company, P&G, actually established the GABLE (Gay, Ally, Bisexual, and Lesbian Employees) group in the late 90s, with the goal of creating an entirely inclusive and supportive work environment for all employees.

Celebrating Pride can come in many forms, but by highlighting these three touching stories through their #CrestSmileWithPride project, Crest will hopefully encourage others to share their own inspirational story and continue to keep the conversation going. Sometimes, all you need is a smile.

Check out the videos below. Just brace yourselves for ALL the feels, and maybe have some tissues handy.