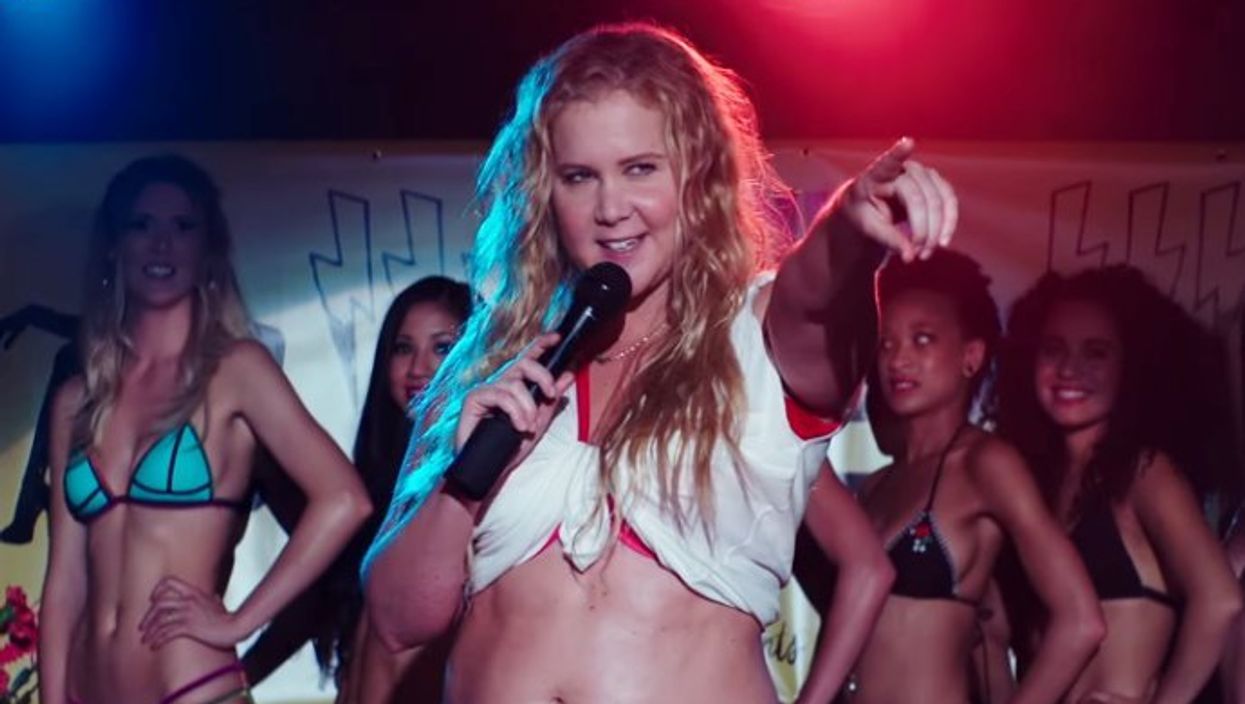 Amy Schumer's upcoming comedy "I Feel Pretty" is about to hit theatres. But based on what's being said about it so far, the film's projected box office earnings are looking pretty ugly.

In the movie, Amy plays Renee, a young woman who "struggles with feelings of deep insecurity and low self-esteem," and whose only wish in life is to be beautiful. One day, Renee wakes up from a bad fall in a workout class "believing she is suddenly a supermodel." With Amy Schumer as the lead,  and Emily Ratajkowski, Michelle Williams and Naomi Campbell in the cast, "I Feel Pretty" seems like it has a lot of potential. But, the movie already has a 38% "Rotten" score on Rotten Tomatoes and the reviews are harsh. According to The Wrap, "Virtually every single aspect of this rigidly unfunny comedy is botched, from the characters to the plot, the themes to the core message." The film's "bizarre" and "botched" plot seems to be its fatal flaw. Many have pointed out that Amy, a white, blonde and able-bodied woman, isn't ugly in the first place. According to Cosmopolitan, the film is an "insult to anyone and everyone." Amy was quick to respond to the hate. She told Vulture, "It's not about an ugly troll becoming beautiful — it's about a woman who has low self-esteem finding some. Everyone's got a right to feel that feeling, regardless of their appearance."

So far, the film is projected to make just $13 to $15 million in opening profits at the box office. That's way below Amy Schumer's film "Trainwreck" in 2015, which opened with $30 million and made $140 million in worldwide gross earnings.