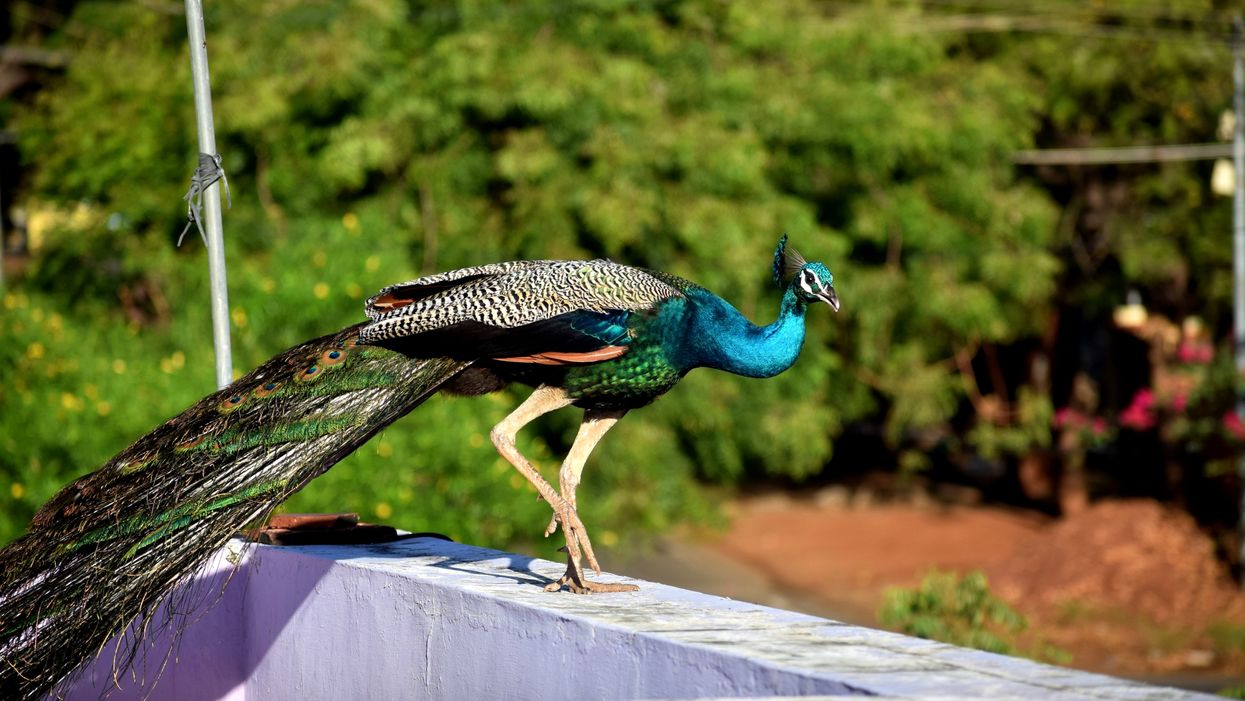 You don't have to be from Austin to know that there are certain things that happen in Texas that can't be described as anything other than, well, weird. Earlier today, a peacock evaded Texas police and is currently on the run near the Tyler area. This isn't the first time the peacock has done this, in fact, he's become so popular that there's an entire Facebook community dedicated to him.

"Kevin the Evading Peacock" gave authorities the slip earlier today after Tyler-City Police Department responded to a call for a peacock on the loose.

Kevin E. Peacock has a popular presence not only in Texas but on social media as well. The peacock has been spotted so many times that he now has a Facebook page and a Facebook group dedicated to him.

While it's certainly hilarious to see a peacock out of place, authorities are more concerned with keeping the animal safe from the wild.

Judging by Kevin's constant shenanigans, however, he probably thinks he can handle things on his own just fine.

Tyler PD has already taken to Facebook to make locals aware of the situation and is urging anyone with information on Kevin to alert them as soon as possible.

The Tyler-City Police Department quoted a post from a new station and said, "Keep vigilant, this rascally Peacock named Kevin is gracing Tyler with his presence."

"Like I really want to see it! If you do, please don't approach or try to grab him but contact Tyler Animal Control at 903-535-0045. Oh and take a picture because how often does this happen!" they continued.

Whoever runs the peacock's Facebook page has been having some fun with it, above is a meme of Kevin captioned, "Keeping Tyler PD Busy Since Day Before Yesterday."

If you see a peacock in the Tyler area, or nearby in Dallas, you can use the photo above to decide if its profile matches Kevin's profile.

Though most male peacocks look pretty similar, Kevin's distinct feature is that he's the only one running from the law.