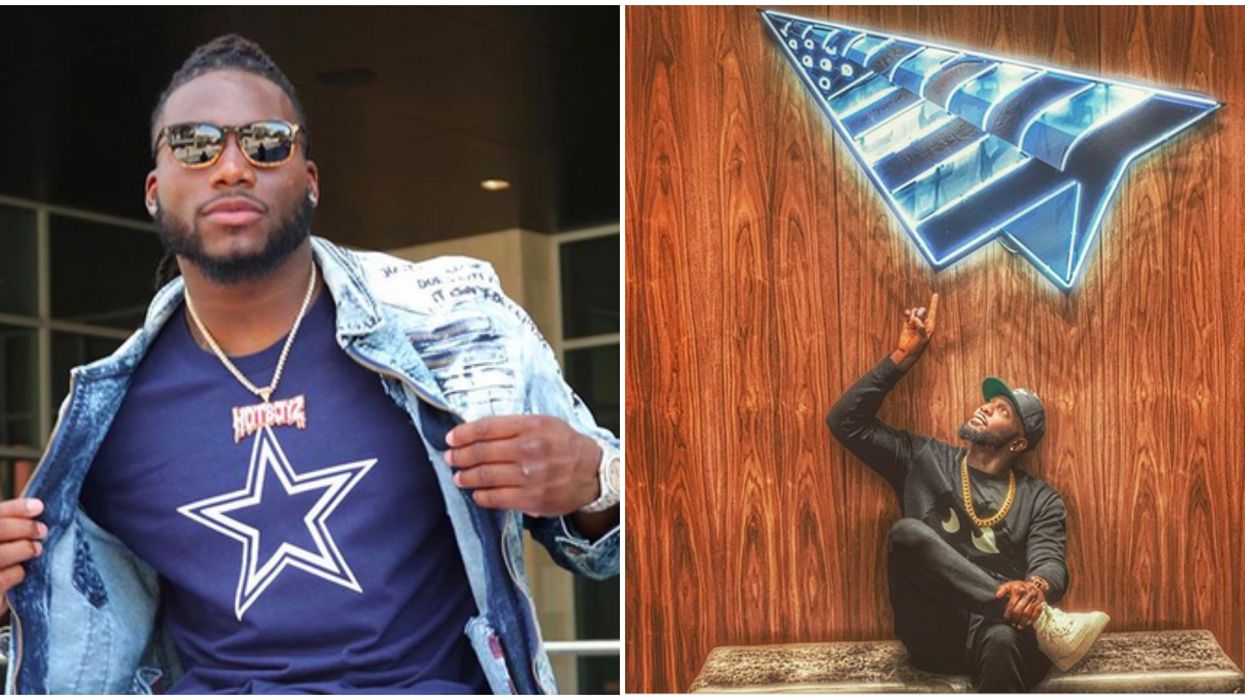 When it comes to fans, the Cowboys might have some of the most dedicated followers out there. Even when players are no longer with the team, fans are continually checking upon them. Yesterday was former Dallas Cowboys player Dez Bryant's birthday, and followers weren't the only people cheering him on.

During the game against the New York Giants, Jaylon Smith gave Bryant the ultimate shout out. Smith threw up Bryant's celebratory "X" after dropping Daniel Jones of the Giants for a third-down sack.

Bryant tweeted, saying Smith had asked him to watch the game earlier that day. Soon after the "X" was thrown, Bryant tweeted at his former teammate saying, "Ok @thejaylonsmith Smoove #ThrowUpTheX".

Fans tweeted at Byrant all-day to which he responded with the cute little bless hands emoji. He then used the same one to thank Smith for the birthday shout out at the game. While Bryant might not play for any team during this time, it goes to show the lasting impact he had on his former teammates.

Bryant did watch the rest of the game and tweeted support for plays and players of the team. One Tweet read, "What a strike Dak!! Good rac coop!!!" Fans love when he tweets about the games, and some were even asking him to come back to the team.

For now, we'll just have to wait to see if Bryant ever gets that chicken popeyes sandwich (maybe that will get him to sign with the team?). You can also stop by Rally Days at AT&T Stadium to cheer the boys on before their next big home game.