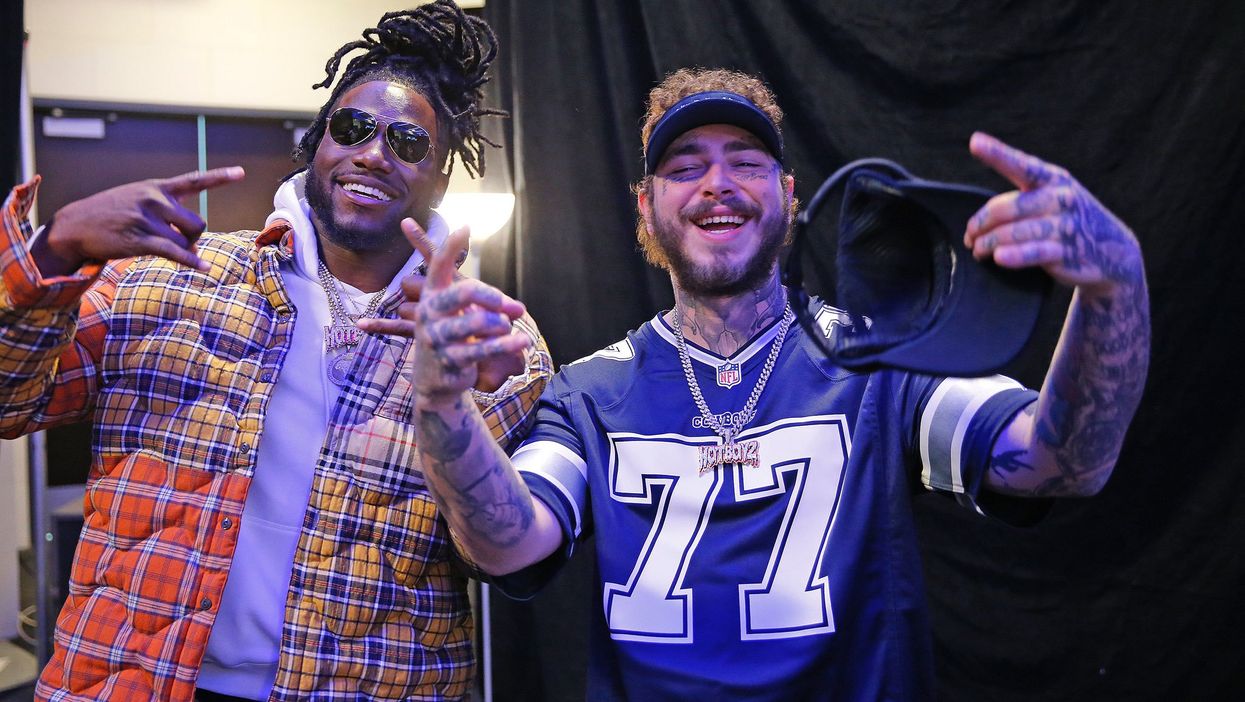 Posty Fest brought tons of celebs to the Mextoplex this weekend, and there were never-ending surprises. Post himself got a surprise from the city: the Dallas Cowboy Jaylon Smith hung out with Post Malone backstage. The two took tons of pics together before the rapper hit the stage to put on the performance of a lifetime.

Post Malone is known for repping the Cowboys almost everywhere he goes. He is continuously wearing their jerseys to performances and just in everyday life. Now Malone has new gear to wear. Jaylon Smith gave Malone several gifts, one of them being a "Hot Boyz" chain.

With a tweet from the Cowboys themselves, Post Malone has become the latest member of the HotBoyz. During the meeting, the rapper wore a Tyron Jerrar Smith jersey, which was very fitting. It was no surprise that they were both super happy about the encounter. His love for the football team runs so deep that even his festival mascot wore the team uniform for the big day.

That wasn't the only Dallas gear he sported over the weekend. He also got a Dallas Mavs Luka Doncic jersey. Now even when all of his Cowboys collection is in the wash, he can still show off his Dallas pride.

Before the big show, Malone changed into his stage clothes. While he did get all dressed up for the city, we know his love for the local teams runs very deep. He even kept his new chains on during his performance.

That wasn't the only wild thing that happened during the fest this weekend. Jaden Smith shaved half his head during his set and Twitter had a few things to say about it.