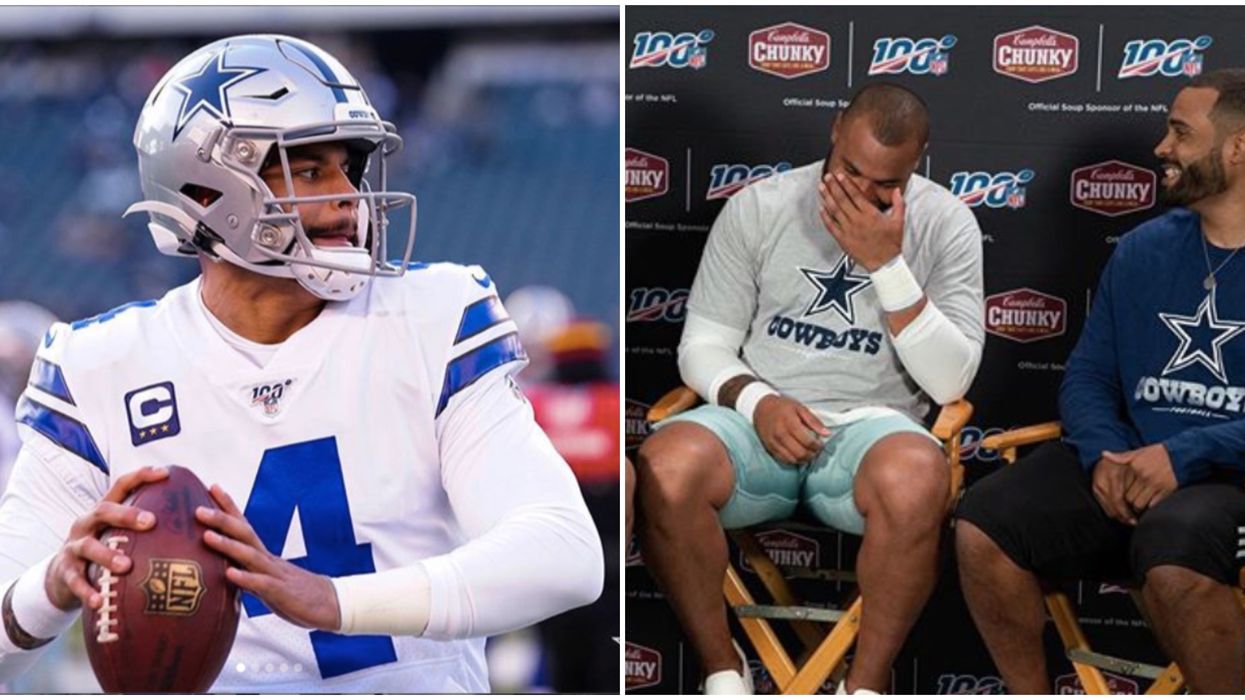 Dallas fans are all feeling the Monday blues today and not just because they have to work on the day before New Year's Eve. The Dallas Cowboys big defeat this season has led to a lot of heartbreak from fans, a lot of ridicule from haters, and a lot of memes from everyone. There's no better way to beat the sadness than by giggling at a few hilarious reactions to the 'Boys missing out on the championships this season.

The team was officially defeated on Sunday, December 29 at the end of the regular football season. Since then, endless hilarious memes have been tweeted out into the world for all to laugh at, agree with, and cry over.

Twitter user Onyx Variety took the most iconic crying child video and turned it into how all of us are feeling. We may act like things are okay, but they truly aren't. We really thought this would be the year that the 'Boys would take the championship. We really thought.

Another Twitter user, Tyler, summed up the 2019 season with a simple analogy of the Cowboys as the Titanic. It's a brutal comparison, that's for sure.

But hey, they're making a Titanic II, right? So just like the ship, the Cowboys can also get their comeback and try for success again next season.

Cowboys fanatic and Twitter user Cameron Magruder tweeted out an interactive "One word to describe the Dallas Cowboys season:" and got over 1.5k responses that were all basically the same thing.

Many more tweets like these are circulating all over the internet, reminding us Cowboys fans that our team might need a big change this next season... Is there a new coach on the horizon for the team, perhaps?

Wish Miguel Herrera knew how to coach American Football. Would Love a guy like this coaching the #DallasCowboys https://t.co/zALwqMaOHq
— Franco Castillo (@Franco Castillo)1577682375.0

We're not sure that fans of the Texas team can take any more disappointing seasons. But that's the beauty of sports: staying loyal to your team until they eventually take it all back.

Until next season's comeback, we will be patiently waiting for news on any big changes to the team that may be coming our way. And we'll be binge-watching more Dancing Dak memes, which was arguably the best thing to happen this season.