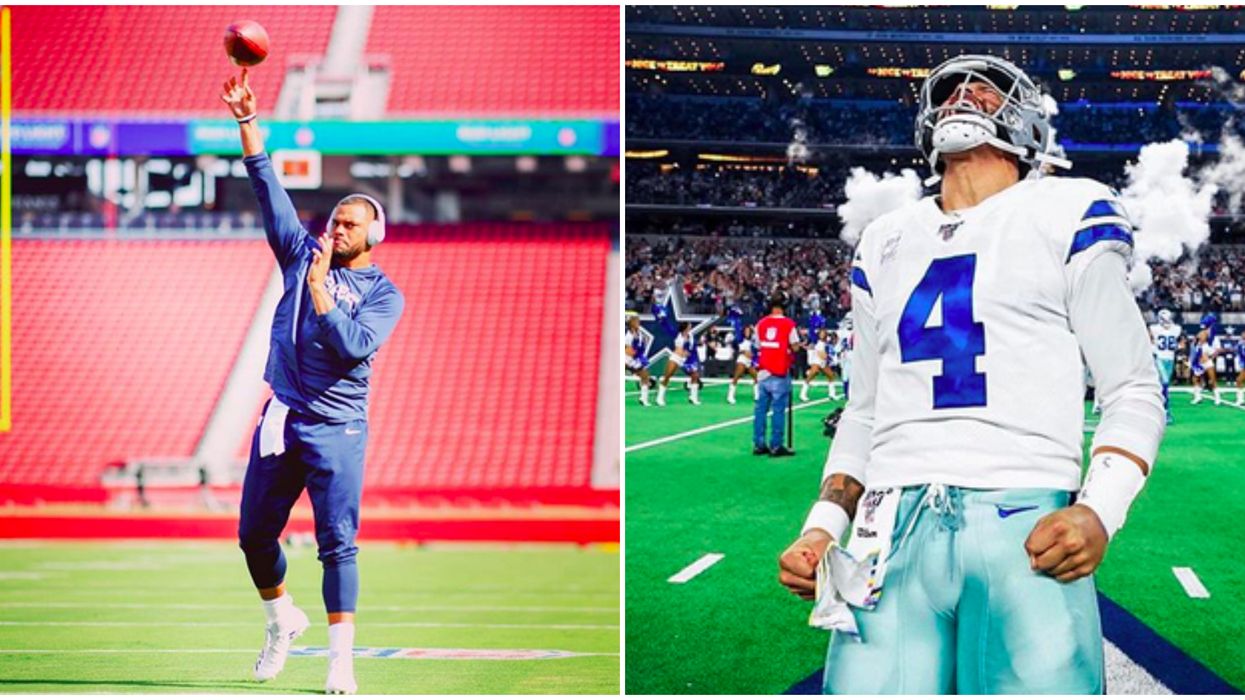 If you're a football fan, you know things got a little crazy at the big game last night. From a cat stirring up the crowd in the starting line up to fans getting a sneak peek at Dallas Cowboys' Dak Prescott's pre-game warm-up. Twitter, of course, took the video of the football star dancing and made it 100 times better.

The video showed Prescott moving up and down the field, moving his hips from one side to another. With that, "Dancing Dak" took over, and fans dubbed all of their favorite songs over the video to make it look like Dak is dancing to them.

With #DakDanceToAnything well underway, it was easy to see how perfectly Prescott hit every beat. Fans were quick to add classics like September by Earth, Wind & Fire.

Just to prove that he really can dance to anything, fans started pairing the video with more upbeat music. The faster pace seemed to be no match for Prescott.

Twitter user MikeSteveRitter even decided to pair him up with the Home Depot theme song, which just made things even more hilarious.

Just to add another layer to the meme, MarcosSanzMKT made him a street fighter blocking and dodging all the kicks and hits.

The ultimate (in our opinion) has to be this video of where they added Shakira's famous Hips Don't Lie. Prescott's hip movements are definitely up to par. If football doesn't work out he might just have a carrier in dance.

If you just really love the Cowboys, you need to stop by Frisco's Cowboy's themed Christmas this winter.