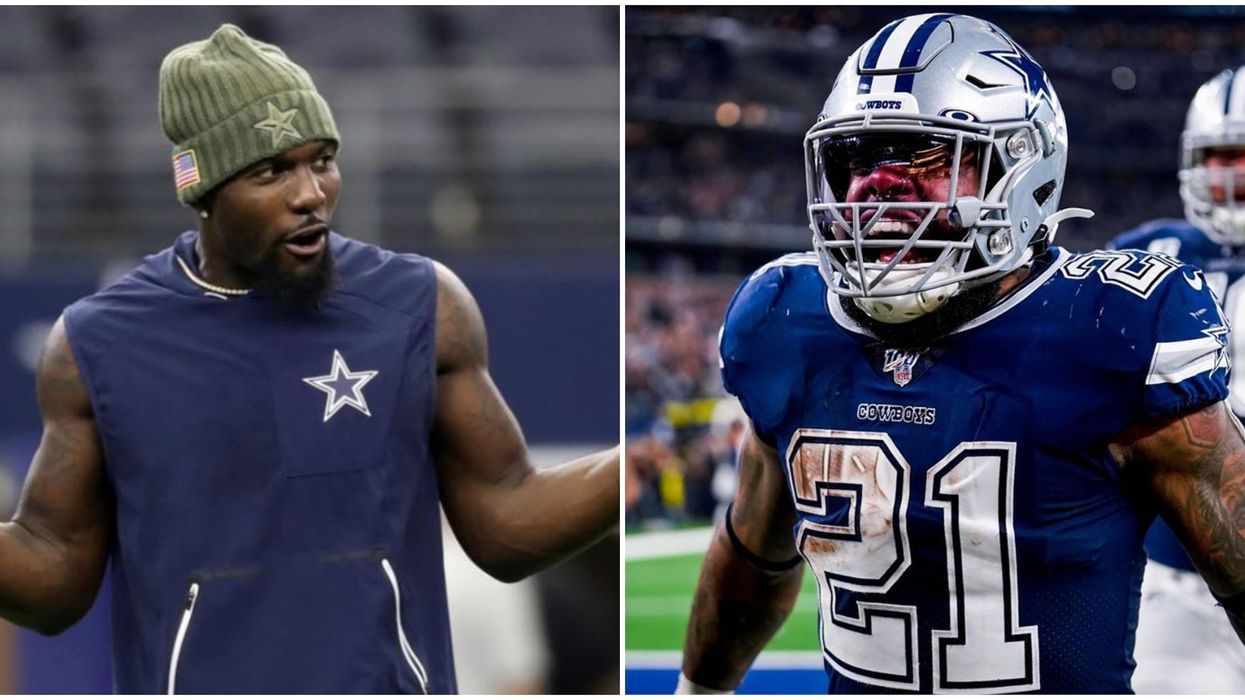 When Dez Bryant was released from the Dallas Cowboys early last year, we thought the days of seeing him on the field with that team were long over. Fans hung up their #88 jerseys, shed a tear while doing it, and eagerly awaited to hear what team Bryant would play for next so that they could continue supporting their favorite football player. According to Dez Bryant himself, his Dallas Cowboys days may not be over, because if he had it his way, Bryant would be the next Dallas Cowboys head coach.

Bryant is known for going on Twitter to voice his opinions on the sports world, no matter how controversial his thoughts may be.

So, whenever he brings up the Dallas Cowboys in his tweetstorms, we know whatever he's going to say will be extra juicy.

Last night proved just that, and just how much he wants back in with the Dallas team.

Bryant kicked his tweetstorm off by saying that he would do a great job if he was the head coach of the Dallas Cowboys and that he was not kidding about the matter.

We all know how well, or not so well, the Cowboys are doing this season, and it looks like Bryant thinks he's the solution to the problem.

The team releasing him in the first place is still one of the most controversial decisions in the team's history. After all, he did break some major records with them.

Now, we don't know how strong his chances really are of becoming the head coach in the near future.

Amid fans responding to his initial tweet, he took time to note that while he does miss his former team, he's still having fun working on his current projects.

We miss you too, Dez!

It seems like the team needs him now more than ever, although Jason Garrett doesn't look like he's leaving the Cowboys' side any time soon.

Remember those iconic Dez jerseys we mentioned earlier? Well, here they are!

Fans of Bryant brought their #88 jerseys out of their closets to show him that he may be gone but he's not forgotten. In the least morbid way possible, that is.

Bryant responded to them as well as many other people reacting to the thought of him becoming the newest Dallas Cowboys head coach.

Not all feedback was positive, so in true Dez fashion, he had a great clap back for all of the tweets that weren't.

We suspect we'll be hearing more from Bryant soon.