The team is all here! 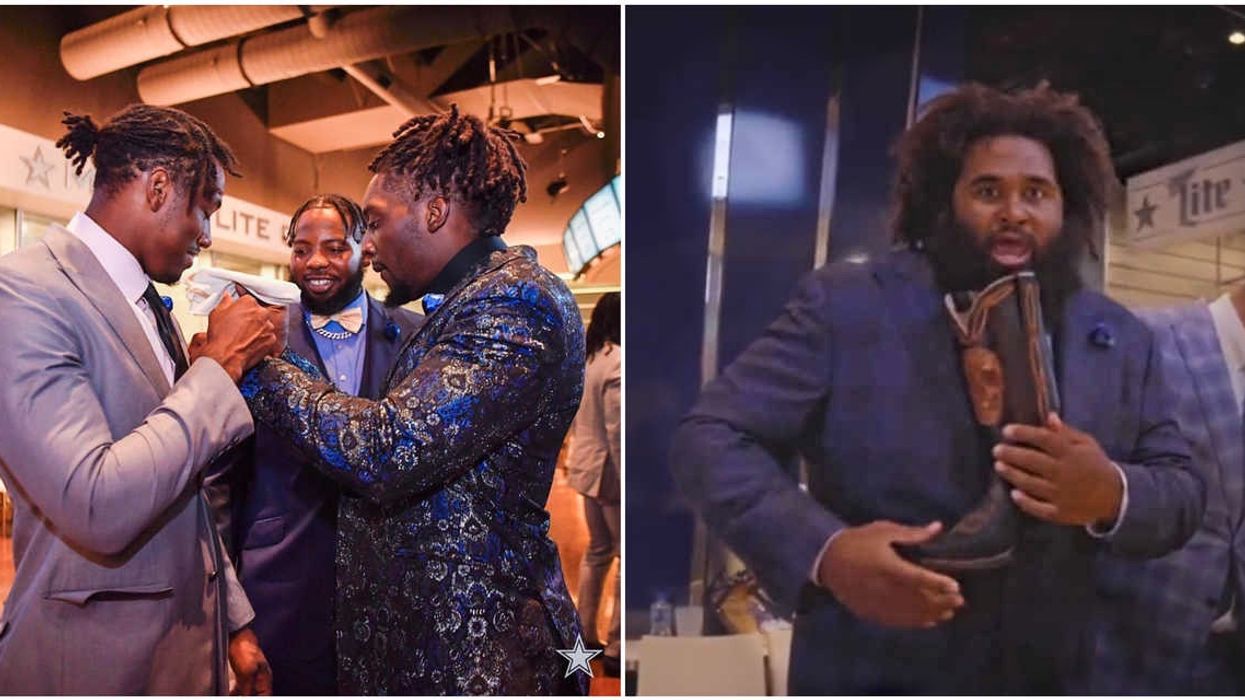 The Dallas Cowboys had their charity luncheon today to support Happy Hill Farms and they just could not resist getting into some fun at the affair. The luncheon introduced the entire team with both fresh and familiar faces. Right before the event started, the Dallas Cowboys' official account shared some rather funny snippets of the boys.

The guys were in suit and tie which lead to Amari Cooper roasting Chidobe Awuzie. In a video shared by the official account, Cooper approaches Awuzie saying he reminds him of someone who he can't quite put his finger on. After Cooper gets a better look, he tells Awuzie he looks like Wesley Snipes.

If the name sounds familiar, you might know Snipes for playing one of your favorite vampire hunters, Blade, in the Blade Runner series. Other videos show Dak Prescott at rehearsals being impressed at them saying say his full name. Later on, we got a glimpse of Joe Looney getting his hands on some cowboy boots before "stealing" them and putting them back.

The team was on the absolute best behavior during the luncheon where they were surrounded by the entire Dallas Cowboy family and former players. Notable absences included Ezekiel Elliott who has not signed for the season.

With the season opener just weeks away, the team is gearing up to bring home some major wins. No matter how the roster ends up, the Cowboys are still America's team and will for sure have tons of support from their die-hard fans.

In the meantime, you can take a tour of their stadium to show you're also a devoted Cowboys fan.