This house is hella fly. 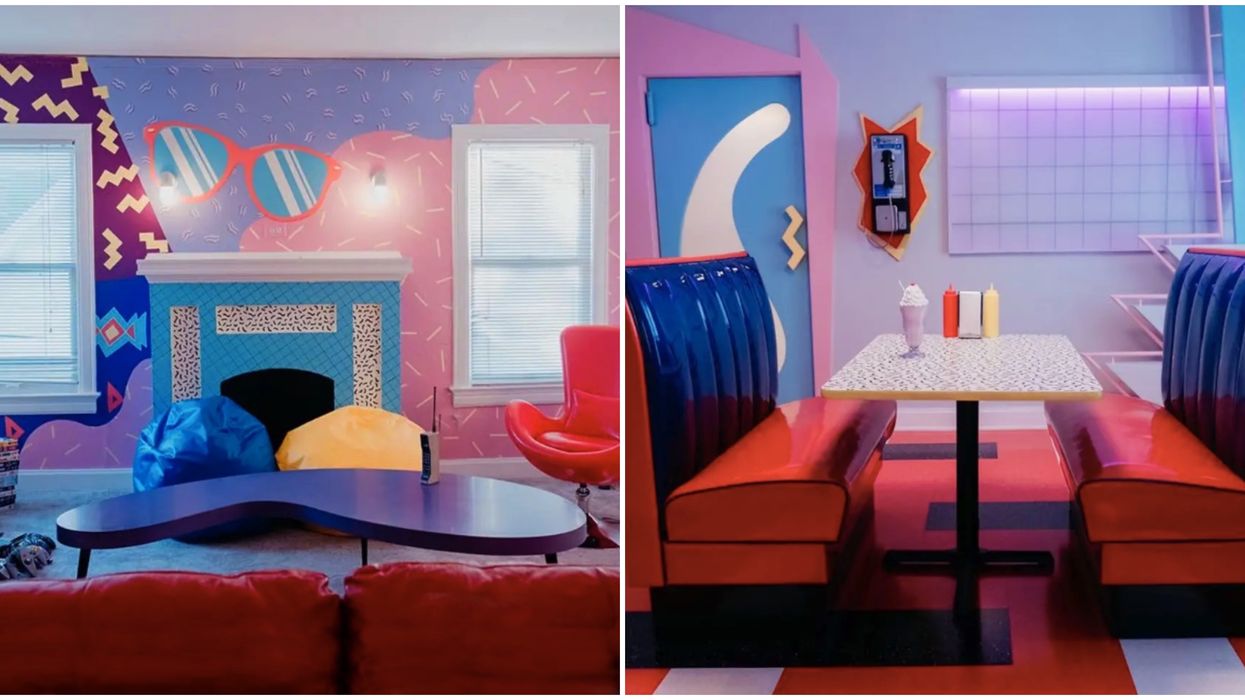 The iconic '90s trends seem to be everywhere nowadays with popular styles coming back into fashion, but you haven't really experienced the '90s if you haven't been sitting in a room with "New Kids On The Block" posters waiting for the VCR to rewind. Well, now you can have the chance to relive it all with this '90s inspired Airbnb in Dallas.

The house is called The SLATER and comes from the same people that made the McFly. As if anyone would want to miss the chance to stay here! The house has two bedrooms and four beds which can sleep up to seven people comfortably. The bedrooms are all decked out in the greatest '90s decor and they even have a life-sized green Power Ranger hanging out in one of the many colorful corners.

The house really is all that and a bag of chips as the living room has a Nintendo 64 that you can hook up the TV and play. You can stay in and have a movie night because the TVs have built-in VCRs and you'll have a variety of movies to choose from (yes, this includes the great Disney classics, Space Jam, and Titanic). In the corner of the living room, you'll also see a pretty large statue of Marge and Maggie just having a good time.

The kitchen area is pimpin'! It has a very Saved by the Bell feel, even having a super close replica of the booths from the show. Trust us, they even go the door right! One could even say it's "to the max".

A night at this awesome home is around only $130 a night. And split between six of your friends? That price is totally out of this world. There are rooms available for the upcoming months but as always, we suggest you book your stay sooner rather than later.

To get the full 411 on this incredible '90s-themed Dallas Airbnb, you can visit their listing page here.

Why you need to go: The house is completely '90s and will definitely transport you back in time. With VCRs and even a Nintendo 64, you'll never want to leave the house.