It's gonna be huuuuuuge! 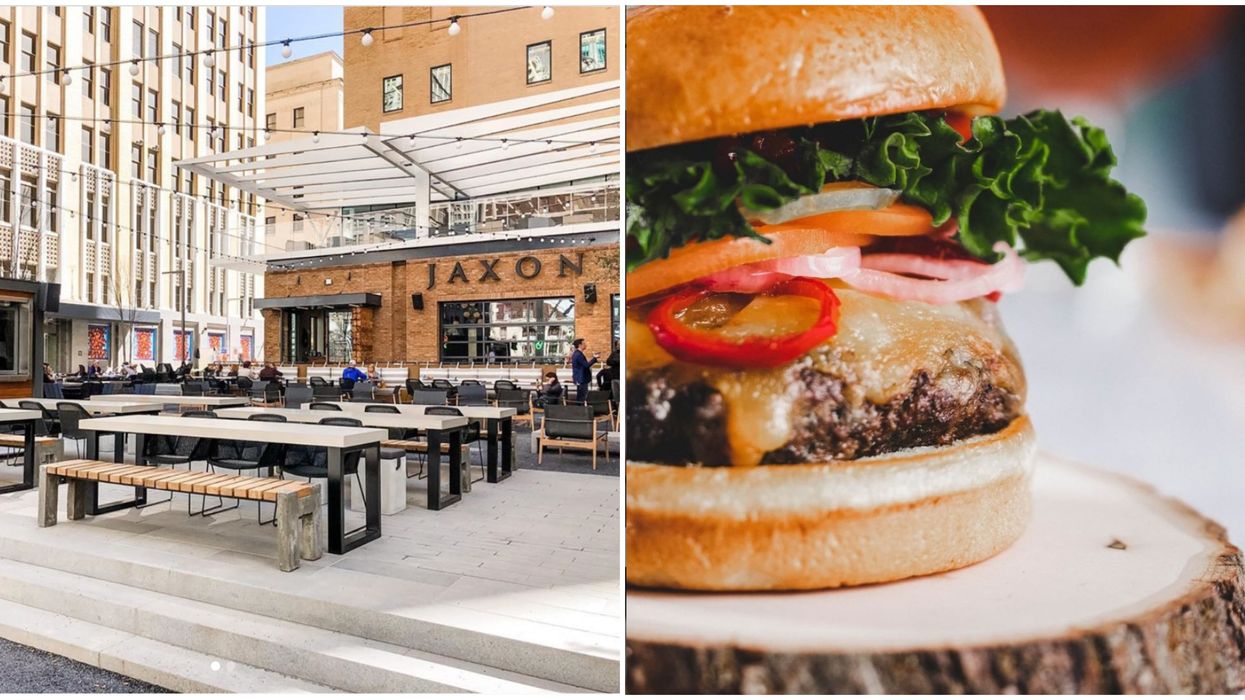 This large-and-in-charge Texas-sized outdoor space supports an absurd number of drinkers, roughly 300 people at a time, and is bound to be a popular destination for people-watching.

The giant patio overlooks Jackson street and faces the 6K media wall, which serves as the epicenter of the Discover District. The plans are to use the media wall for outdoor movie nights and popular sports entertainment like March Madness.

You can beat the Texas summer heat by stepping inside the adjoining, air-conditioned 4,400-square-foot-interior space that hosts about 165 people.

Or you can choose to host your own event with their rooftop and private dining space ideal for parties or rehearsal dinners.

David Gilbert, an award-nominated Executive Chef, crafted a menu as true as its Texas roots with barbecue dominating about 40% of the menu.

The name “Jaxon” is a nod to the mythical creature, the Jackalope, depicted as a rabbit or hare with horns.

As such, the restaurant features unique design elements throughout, like using antlers for the 30+ beers they have on tap.

The vibe at Jaxon is to enhance Lone Star pride with its authentic bricks, boot-leather wallpaper, and an elaborate collage of historic and famous Texans.

Jaxon is located at 311 S. Akard Street and serves lunch and dinner. It is currently open 7 days a week starting at 10:30 am.

Why You Need To Go: You have to see their massive new deck that can fit up to 300 people!