There'll be even more room to eat. 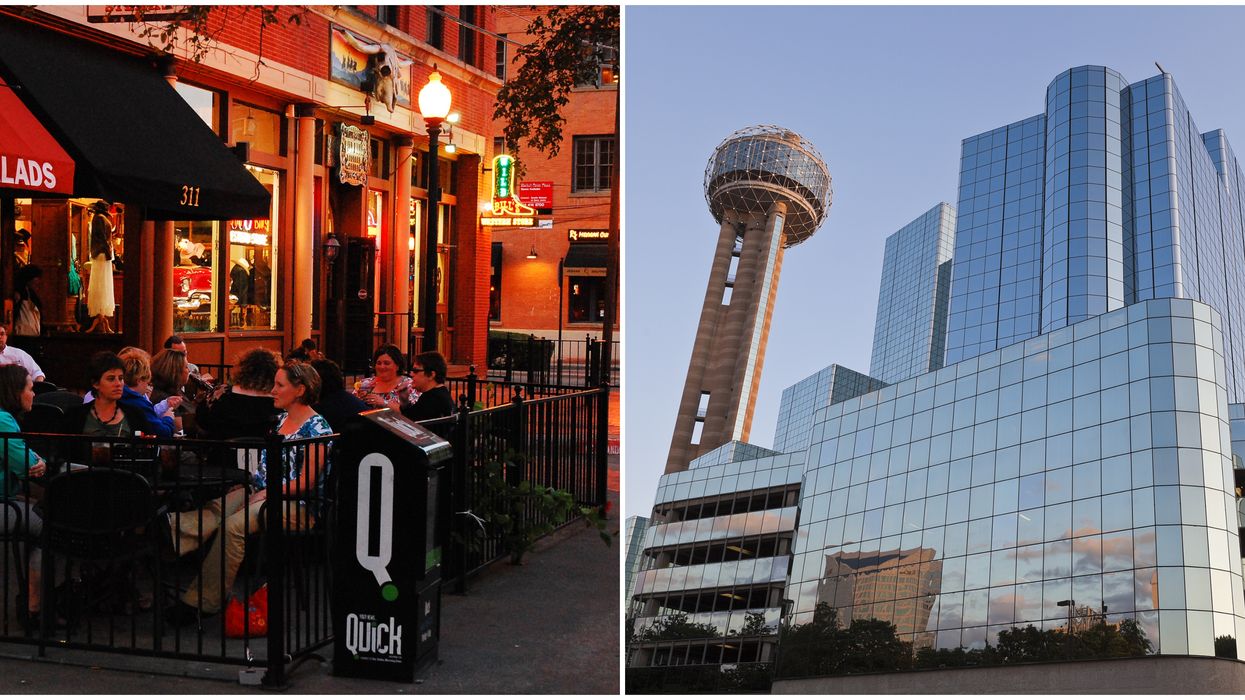 Now that Texas restaurants are able to open at 50% capacity while respecting social distancing, customers are having to wait in long lines or risk sacrificing their personal space to dine at their favorite establishments. With this in mind, city officials have found a temporary solution to get as many customers dining in at Dallas restaurants as possible in a safe manner. And it's one that Dallasites could see go into effect as early as this week.

According to the Dallas Morning News, business owners can now apply to be able to build a "parklet," which allows them to expand their seating to parking lots, streets, or sidewalks.

"Temporary parklets need traffic control barriers on each side of the designated seating area and an 18-inch buffer from traffic," they reported.

After applying and being approved, business owners will receive a temporary city permit allowing them to build the parklet.

Essentially, this will allow them to provide extra seating without crowding their restaurants or making customers wait in long lines.

Austin already has many examples of restaurants using parklets across the downtown area.

Under Phase II, restaurants may increase their occupancy to 50% and additional services & activities can open with… https://t.co/rlYgthrpXr
— Gov. Greg Abbott (@Gov. Greg Abbott)1589835469.0

"Under Phase II, restaurants may increase their occupancy to 50% and additional services & activities can open with restricted occupancy levels & minimum standard health protocols laid out by @TexasDSHS," Abbott announced on Monday as he laid out the details of the next phase.

Even before Abbott announced that restaurants could increase their capacities to 50%, restaurants in Texas were finding unique ways to offer contactless service.

For example, a "taco robot" at a Dallas restaurant was seen delivering tacos to customers in their cars earlier this month.

Some Dallas restaurants are choosing to remain closed, while others are reopening per Abbott's orders.

Not only are restaurants seeing more customers walk through their doors, but soon bars will as well.

As of tomorrow, bars across Texas will be able to reopen at 25% capacity, which is what restaurants were allowed during the first phase of reopening Texas.

It is unclear whether Dallas bars will be able to take advantage of parklets as well.