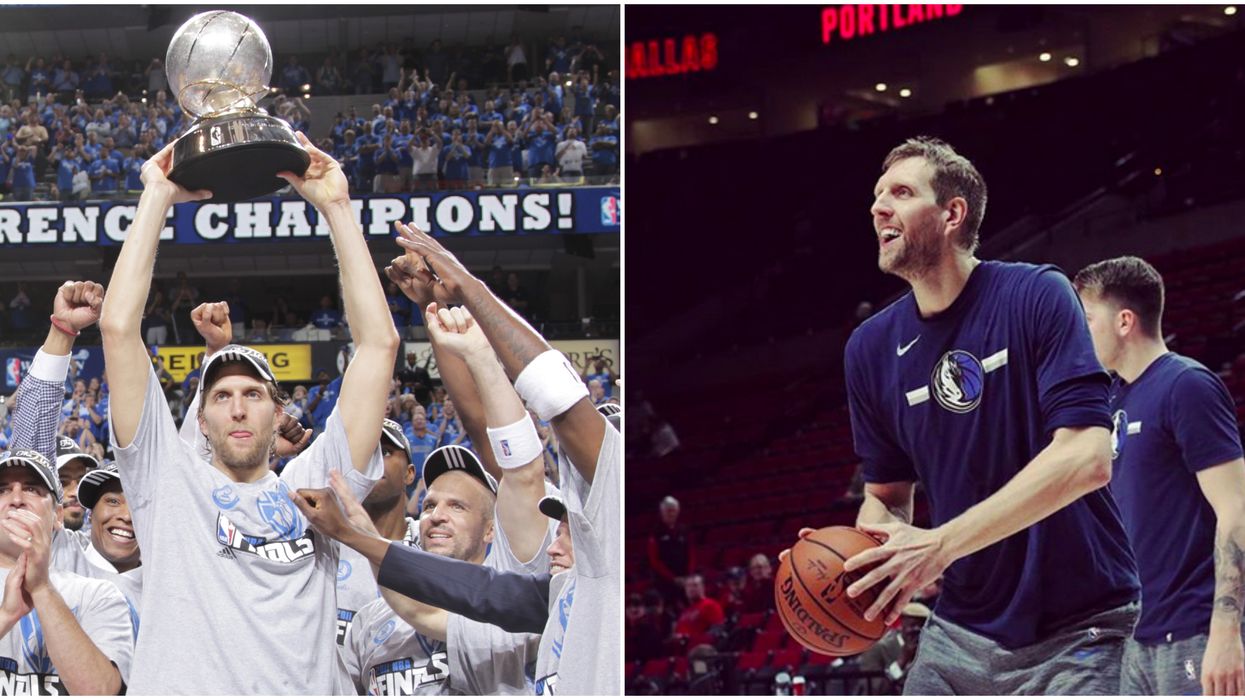 Dirk Nowitzki has been one of Dallas's most valued basketball players for a very long time. He played with the team for 21 years! While he may be retired now, fans still hold the player in high regard and that's why Nowitzki is officially getting a street named after him.

Today, Dallas City Council voted in favor of changing Olive Street to Nowitzki Way. The street will cover the area between North Field Street and Victory Avenue, three blocks close to the American Airlines Center. With the Mavs first game coming up in October, this is the perfect time to pay homage to one of the greatest players in the franchise.

As for now, there is no planned celebration but we are sure that all of those die-hard Mavs fans out there will have something in mind. There is no doubt that from now on there will be plenty of people jumping at the chance to take a pic with the street sign.

Nowitzki retired after last year's season but has remained a prominent figure in the community. Recently he has been participating in North Texas Giving Day to give back to the local nonprofit community. He helped them raise over 50 million this year! This just proves that Dirk is the gift that keeps on giving. The player also recently come back from a trip to China, where he helped out at the 2019 FIBA Basketball World Cup.

Even the Mavericks are joining in by paying homage to him with a slight design change in their court. Nowitzki is known for his one-footed signature jump, and now there will be silhouettes of him doing just that on the basketball court.

With the 2k20 release I can finally share the surprise element of the new Mavs home court, a tribute to the GOAT… https://t.co/pSf9dPZWmb
— Skyler in Dallas (@Skyler in Dallas)1567739515.0

While Dirk Nowitzki might not play for the Dallas Mavericks anymore, he is still very much loved by the entire city. In the meantime, you can support the boys by giving the AT&T Stadium a visit.