This flavor will definitely have you feeling the heat this summer. 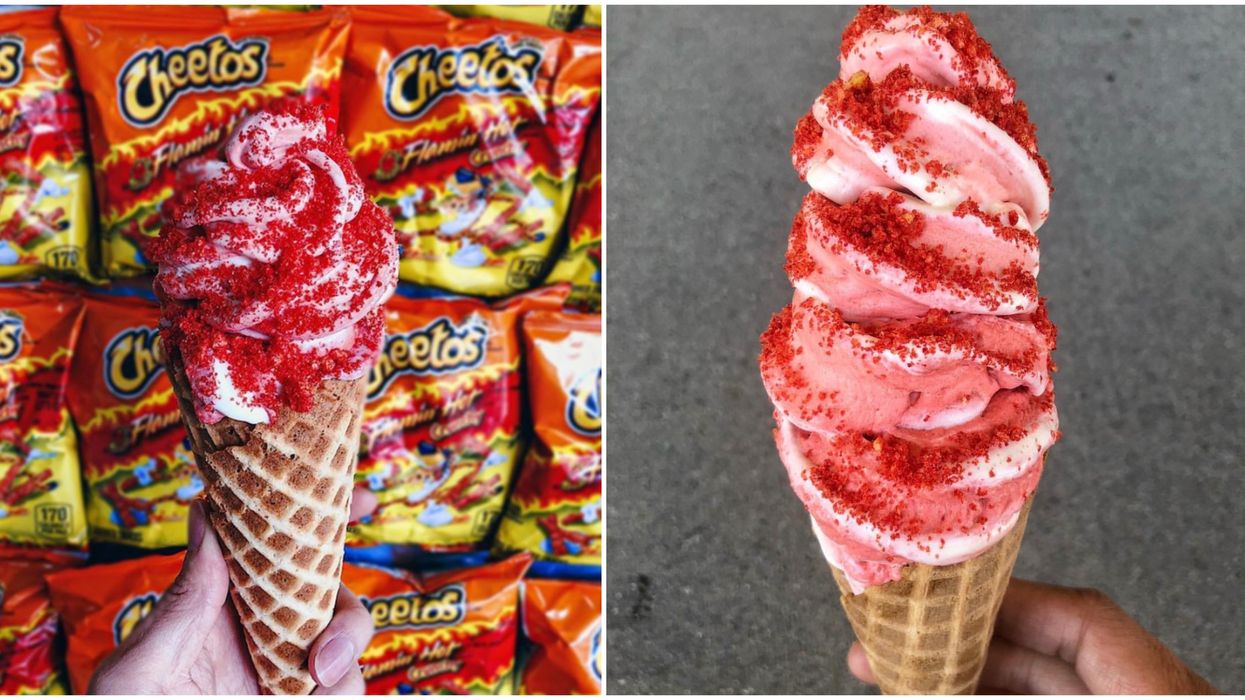 With such a high saturation of dessert shops in the Dallas area, what makes one stand out from the other is the variety of flavor options they can bring to the table. One ice cream shop, in particular, has definitely been the more experimental shops when it comes to its flavor choices. Milky Treats, an ice cream shop in Plano, just announced their new Hot Cheetos flavored ice cream.

Milky Treats is well known for its innovative flavor combinations and the store announces a new seasonally-inspired flavor throughout the year.

One of the recent predecessors was their Valentine's Day inspired flavor that was a raspberry white chocolate swirl with finely chopped white and almond chocolate bark incorporated inside of the scoop.

Another unconventional flavor announcement happened this past Christmas when they released two new flavors for the holiday.

One of two having toasted white chocolate peppermint bark swirled with a holiday infused ice cream flavor and sprinkles.

The other being a rendition of Grandma's famous Apple Pie with pie crust bits, cinnamon, and salted caramel sauce.

With Hot Cheeto dust being one of the more popular snack trends emerging, it was only right that the next flavor to be unveiled was Hot Cheeto infused.

A traditional vanilla swirl with actual Hot Cheetos blended into it and Hot Cheeto dust over top can sound a little overwhelming at first but trust us, it's been a crowd-pleaser.

Just in time for the summertime, you and your friends will definitely feel the heat with this one.

Why You Need To Go: With so many unique flavor options, including a newly announced Hot Cheeto flavor, you're definitely in for an explosion of flavor in every bite.