You can have your space, Dallas Cowboys. 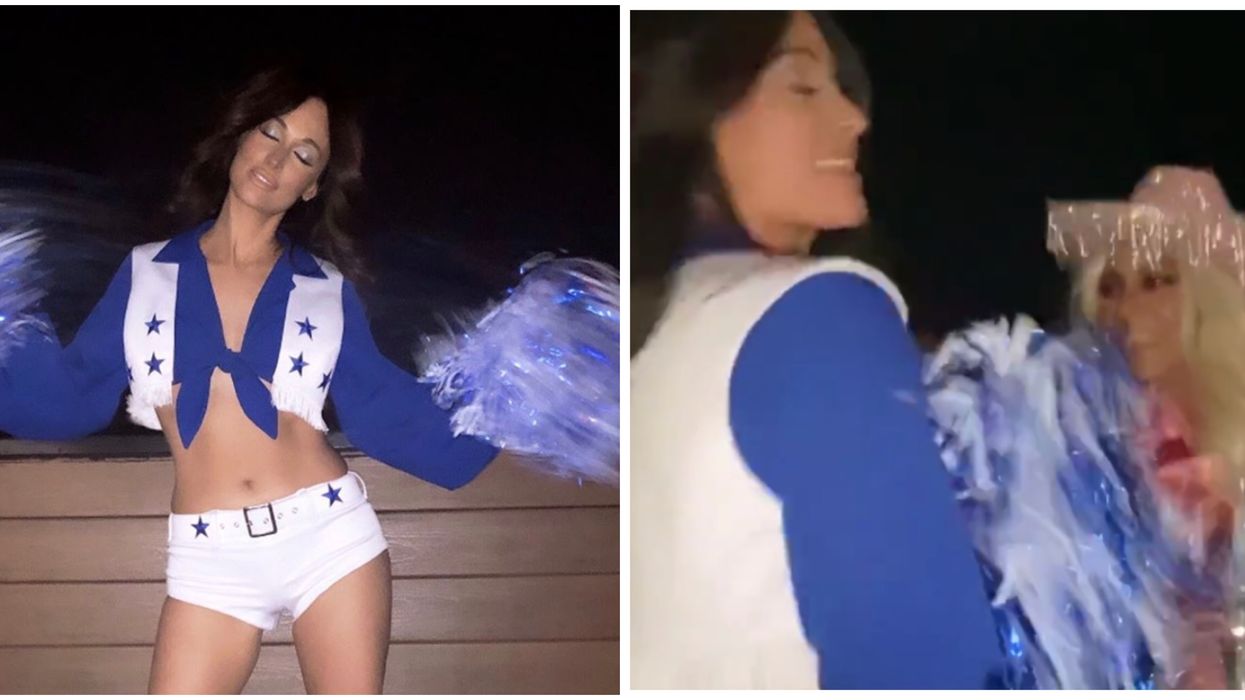 Halloween has officially come and gone, and that means many iconic celebrity Halloween costumes have too. However, there's one costume from a particular musician that will live on in our Texan hearts forever. Kacey Musgraves was a Dallas Cowboys Cheerleader last night and strutted her stuff at none other than Kylie Jenner's Halloween party.

After giving us a tease of what her costume would be earlier in the day, Kacey finally revealed yesterday on both her Instagram and Twitter what her costume was. Given her strong love for the state of Texas, it was incredibly fitting that she decided to go as a Dallas Cowboys Cheerleader. She looked just as good as she always does in the realistic costume, if not better.

Later that night, we got a glimpse of how Kacey spent her evening, at a KarJenner Halloween party! Kendall Jenner posted a video to her Instagram story of Kacey and Kourtney Kardashian, who went dressed up as Kacey Musgraves, dancing and having an overall great time. Kourtney even posted a picture on her Instagram in full costume and captioned it with some of Kacey's song lyrics. Presh!

After the official Dallas Cowboys Cheerleaders Twitter account quoted Kacey's tweet of a picture of her in the costume earlier today, fans of both the team and Kacey went crazy. Some are even begging for her to be put on the squad, and we can't deny that she'd make the best cheerleader out there.

Now that Kacey is officially done with her tour, we can't wait to see what's next for the artist. After last night, today may simply consist of a hangover.

For now, we'll sit back, relax, and hope that we see her repping the Lone Star State and it's favorite team again and again. Go, Cowboys!