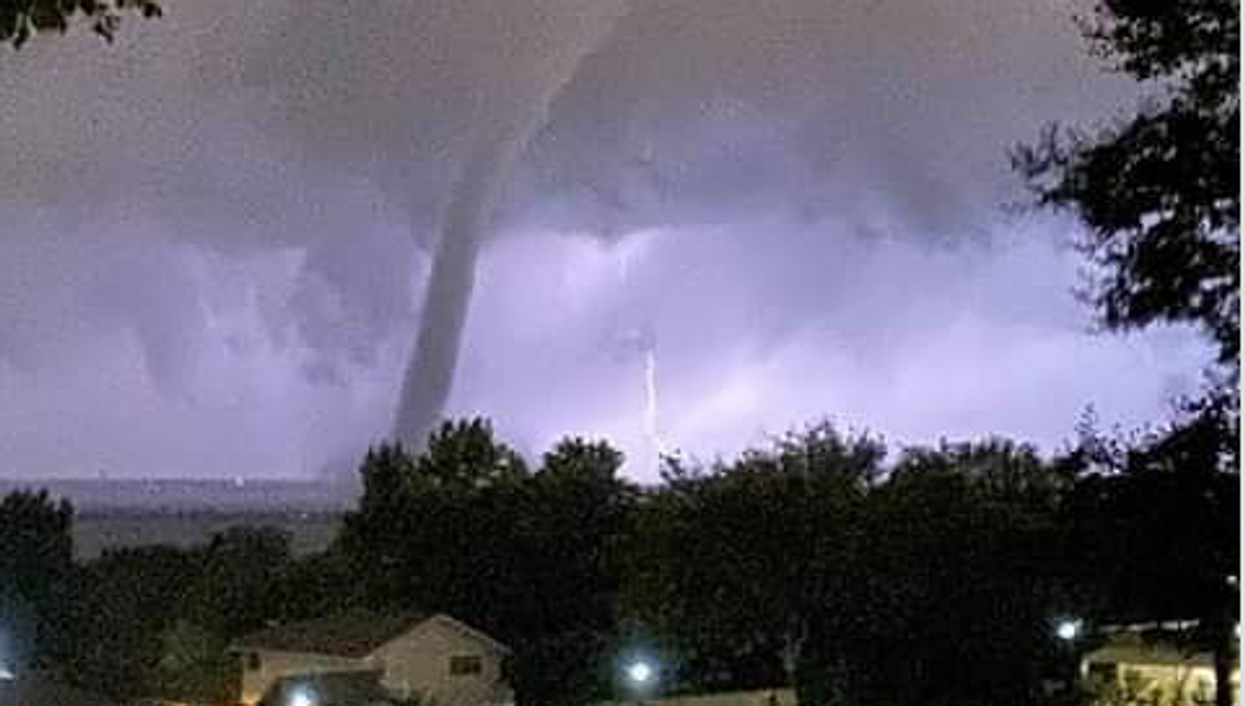 Last night the entire Metroplex was hit with heavy storms. It seems like everyone was affected by the storm in one way or another. From houses being torn down to freeways being closed, the aftermath of the storm has been insane. The Dallas tornado last night is the second storm to cause major damage to the city this year, and locals took to Twitter to share their stories.

Some who were unlucky enough to be in the middle of the storm got hit with bad hail. Power is still out in some homes this morning and videos on the web show 18 wheelers that have been flipped over on the freeway.

One local took to Twitter to share a video sent to her by a co-worker who risked their life for a video. In the video you see them watching the tornado come through from an open front door, with the door blinds shaking, as well as debris and other items flying through the dark air.

The most notable home to be damaged thus far has been that of Dallas Stars hockey player Tyler Seguin. Seguin shared a tweet by WFAA-TV Channel 8 reporter Jason Whitely, who included before and after photos of Seguin’s house. His house is almost unrecognizable with the roof looking like it has completely collapsed. The windows can also been seen completly shattered. Luckily Seguin now lives in another house, and this one was empty and up for sale.

Shelters have been opened to those who still need a place to stay after the destruction hit. Over a thousand people are without power, and it isn't known when it'll be restored.

Roads are being cleaned up this morning. There are so many neighborhoods where you can't even bring a car through, and people have to travel in and out by foot.

Videos shared by locals show the damage that the tornado was doing in the area, with wild winds throwing debris everywhere and rain relentlessly pouring down.

This Dallas tornado ruined everything at the complex. Ma’am I don’t see you paying this rent and maintenance fees.
— Jasmine 🍯 (@Jasmine 🍯)1571663659.0

Several people couldn't help but go outside to document the storms. Businesses and schools have been shut down as some are not safe to enter or were destroyed. It isn't known when some of these places will open up or even get power back.

The night was rough and a hard one to sleep through with the raging storms and violent winds just outside. This morning things seemed to be a little calmer as people are cleaning up and helping one another.

Some tornado damage I passed on my drive to work #DallasTornado https://t.co/8dYg3yoojj
— Meghan Shanley (@Meghan Shanley)1571663468.0

It will take sometime to get the city back on its feet. For now you can read about how Dallas reacted when the cold front hit the city a few weeks ago.