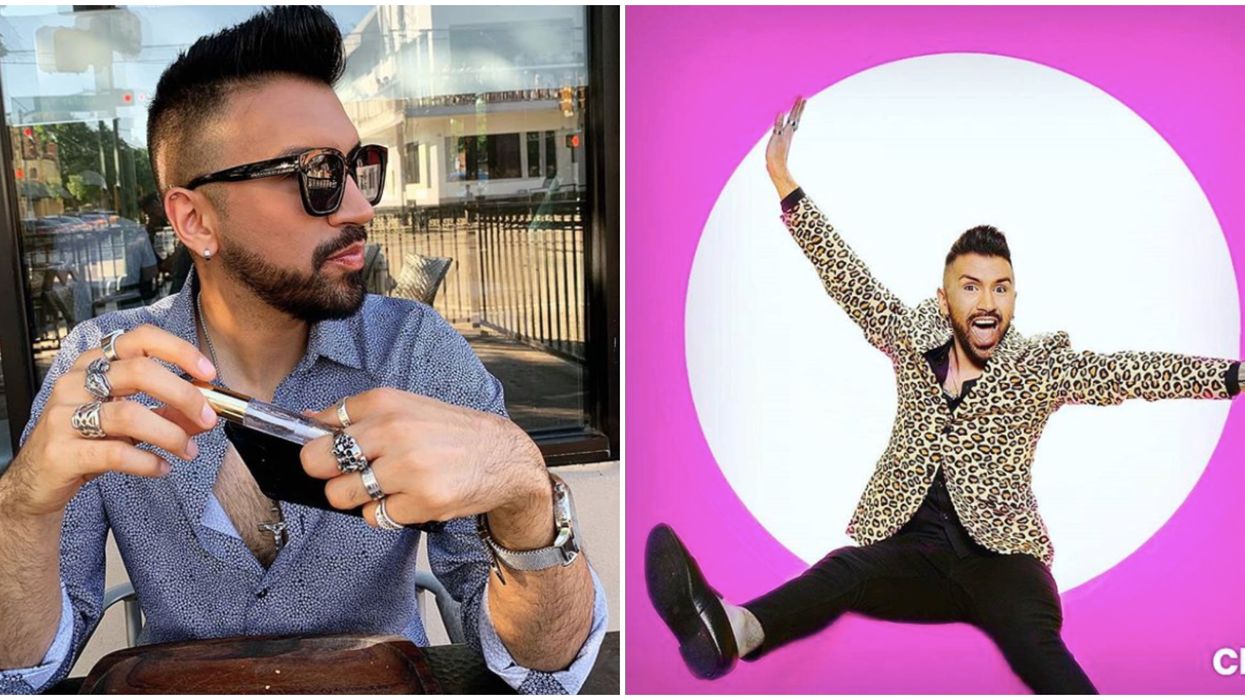 A new game show on the ever-popular streaming platform we all know and love has left its audiences totally taken aback. If you haven't watched The Circle on Netflix yet, you need to binge the released episodes ASAP. It is truly a show unlike any other, with contestants that will leave you laughing, cringing, and yelling at your TV.

One of the most iconic contestants of the new show is Chris Sapphire, a man who doesn't hide who he really is. He has gained a big fanbase since the recent first airing of the show, and there are many reasons why.

Here are some more interesting facts about Chris that will make you love the guy even more than you might already.

He is obsessed with his birthplace, Dallas, TX

Chris was born in the giant Texas city and continues to show his Dallas pride throughout his Twitter. He was working as a graphic designer and freelance artist from the big city before filming for The Circle.

The social media-loving star was previously featured on Netflix’s show Dancing Queen, where he was shown to be a close friend of famous drag queen, Alyssa Edwards. Sapphire also recently helped out Edwards at the giant drag event, DragCon. Successful best friends goals!

Chris has an entire Instagram story highlight called "Selena!" that has videos of him going to a Texas theater to watch a showing of Selena. In one of the videos, he claims he had to hold back tears while he was watching it. We feel you, Chris.

Hot Cheetos and pickles are his go-to snacks

Considering Chris has told his social media audiences on multiple platforms to "stock up on Hot Cheetos and pickles for an almighty snack attack", we just know the Dallas native does that every time a new episode comes out on Netflix.

For those who don't know, pickles and spicy chips are among the most popular snacks in Texas. And yes, we eat them in movie theaters, too.

Chris recently posted an Instagram photo talking about his pride in being a pro-make-up artist for nearly 13 years now. He encourages all of those who follow him to follow their own dreams with fearlessness, as he did.

He co-hosts a talk show

AWWLRIGHT, Gorls! Welcome to my world! I want to introduce you to THE GAG! A weekly BAD ASS topics show I do with m… https://t.co/fhmImDKt4N
— Chris Sapphire (@Chris Sapphire)1578281431.0

Chris runs a weekly show called The Gag!, which he describes on Twitter as a "BADASS topics show" that he created with his two close friends Mark Anthony and Eric Star. They talk about everything from The Circle to Lady Gaga to Cardi B. You can check it out in the link below.