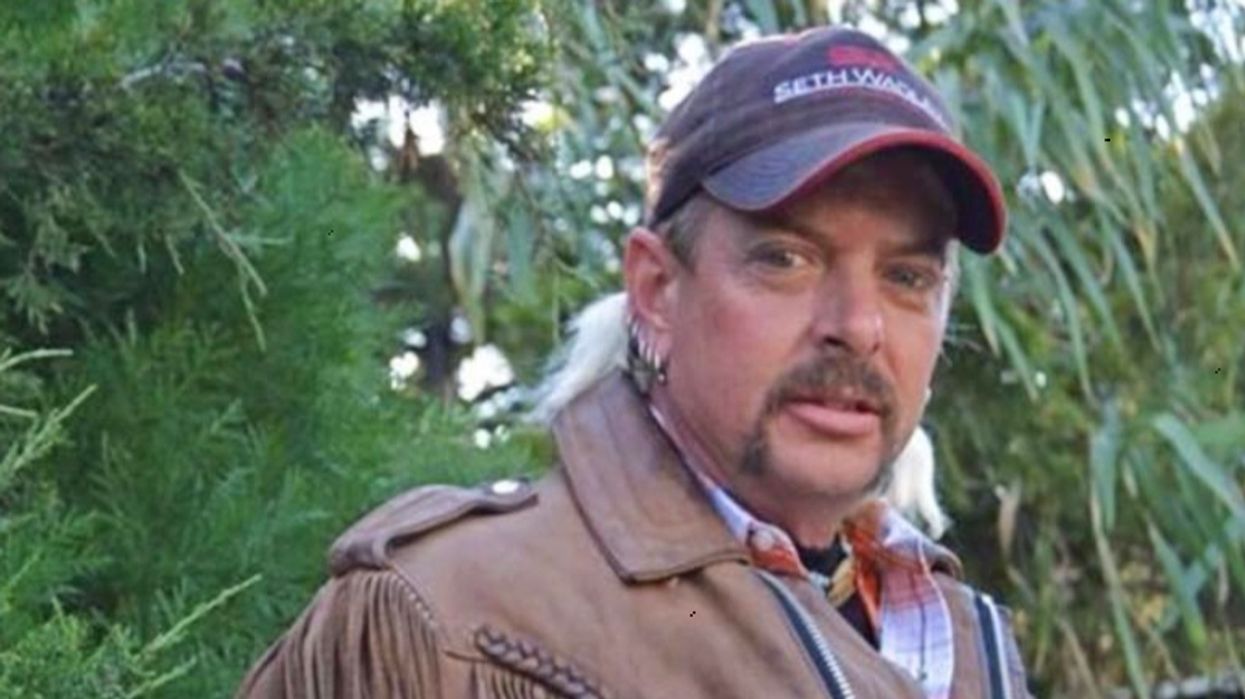 A viral show on Netflix has definitely taken hold of our society's interests right now, with seemingly everyone talking about the streaming platform's latest docuseries. Millions of viewers have their own opinions on how they feel about the story of Joe Exotic from Netflix's Tiger King: Murder, Mayhem, and Madness. Turns out, tens of thousands of fans of the show are eager to "break Joe Exotic out of jail" from his prison in Fort Worth, Texas, according to a parody Facebook event.

The public Facebook event is named "Break Joe Exotic Out Of Jail (They Can't Stop Us All)" and currently has 15K RSVPs and 29K interested.

The event is supposedly set to happen on May 14, 2020, at the Federal Bureau of Prisons FMC Fort Worth.

The description of the event explains "Everybody gotta dress up as joe so they cant tell who is who." Imagine seeing a swarm of 15,000 Joe Exotics, that would be quite alarming!

The owner of the group continues on his "motivational" spiel telling others that even though they'll be storming the jail together, they'll still need to "keep a social distance of 6 feet apart."

Unlike other Tiger King-related events on Facebook where fans are coming together to make a difference with captive animals and problematic zoos, this one clearly comes off as a joke.

In the discussion section on the event page, RSVP'ers are dropping memes, Joe Exotic-themed merchandise, and all of the latest news about the Tiger King.

This isn't the first time a massive Facebook group has gone viral for planning to break into a government facility. If you recall the plan to "break" into Area 51 last year, the event turned into a weird alien party with thousands showing up to congregate around the location.

You can check out the Facebook event page here, but please don't actually consider breaking into a federal prison.

With one more episode of the viral show coming out soon, you don't want to be in jail and miss out.