Things are lookin' up. 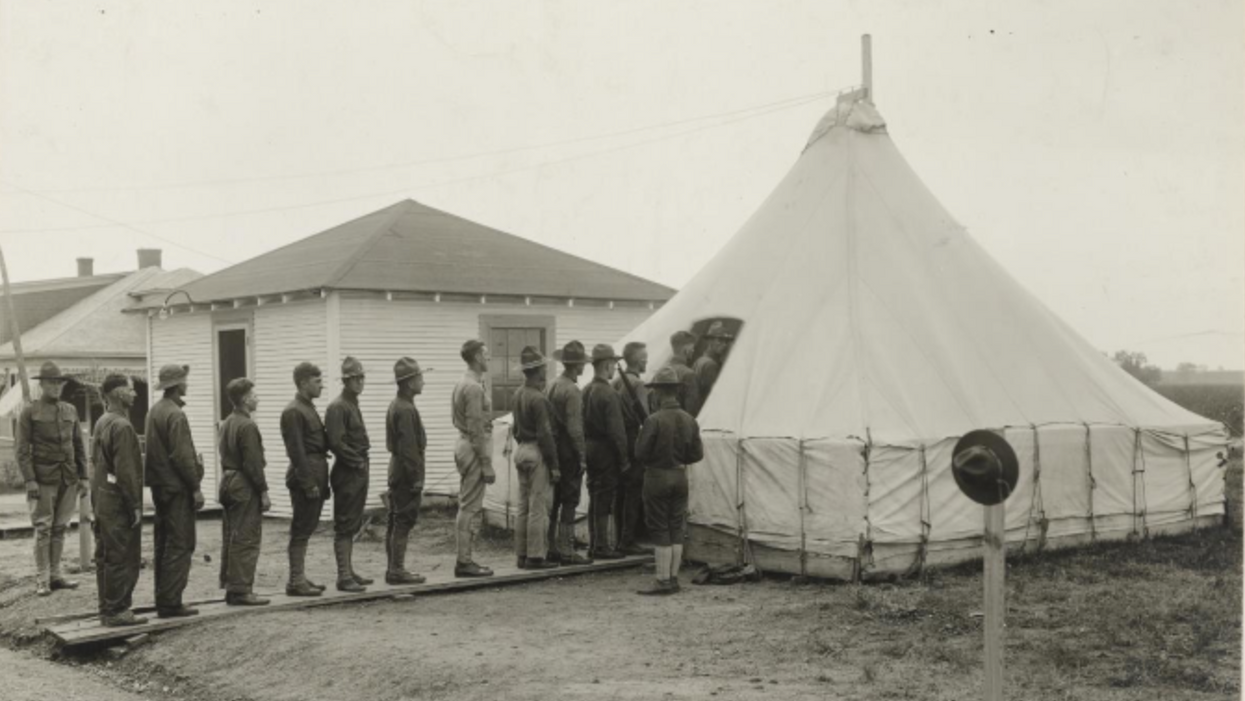 Put your history cap on and get ready to go all the way back to a past pandemic, the Spanish Flu. Due to a mass amount of miscommunication, it’s still unclear where influenza exactly originated. We do know that the Spanish Flu influenced a massive global panic causing somewhere between 50 and 100 million deaths worldwide, making it the second-largest plague in history, following the plague of the 1300s. With photographs from the past pandemic seen in Texas, we can see how far this state, in particular, has come.

It was the spring of 1918 towards the end of WWI and there was little to be done to stop the spread of the virus. Doctors had never before seen a pandemic quite like this.

The flu first hit Dallas’ regional military bases at Love Field, Camp Dick at Fair Park, and Camp Bowie in Fort Worth. There were an estimated 9,000 cases of Spanish Influenza in Dallas in the first six weeks.

The photo from Love Field, Dallas comes from the National Archives Catalog and shows a local medical department during the spread of Influenza.

Military personnel were instructed to wait in lines as American Red Cross would spray each person down with a Chlorazene Spray with Dichloramine-T,* as seen in the U.S. National Library of Medicine.

Since microscopes were not powerful enough to study the virus, scientists had little knowledge and were unable to create a vaccine, anti-viral drugs, or even antibiotics for secondary infections, like pneumonia.

Instead, most prevention efforts focused on quarantine and personal hygiene.

There was a major push for people to clean their entire areas in an attempt to sanitize as quickly as possible.

Schools, churches, and other public gatherings were shut down in many cities across the nation.

The Spanish Flu line and the TSA line at Love Field might look similar, but thanks to the internet and credible news sources, our modern-day interconnectedness allows us to quickly share accurate information reducing the chances of such a catastrophic event as before.

Significant advancement in scientific research and technology, the evolution of medical care, and well-established communication networks provide a greater chance of education and therefore survival.

Healthcare has come a long way since 1918 and we have learned a lot since then, as seen in these incredible preserved photographs from over 100 years ago.

The Science family of journals is gathering its #coronavirus research papers and commentary in one place:… https://t.co/F3BtZOVXJX
— Science Magazine (@Science Magazine)1583446114.0

However, the original advice given to Dallasites at the time still remains relevant today: wash your hands, cover your mouth when you cough and keep your surroundings clean.