She was even on Schitt's Creek! 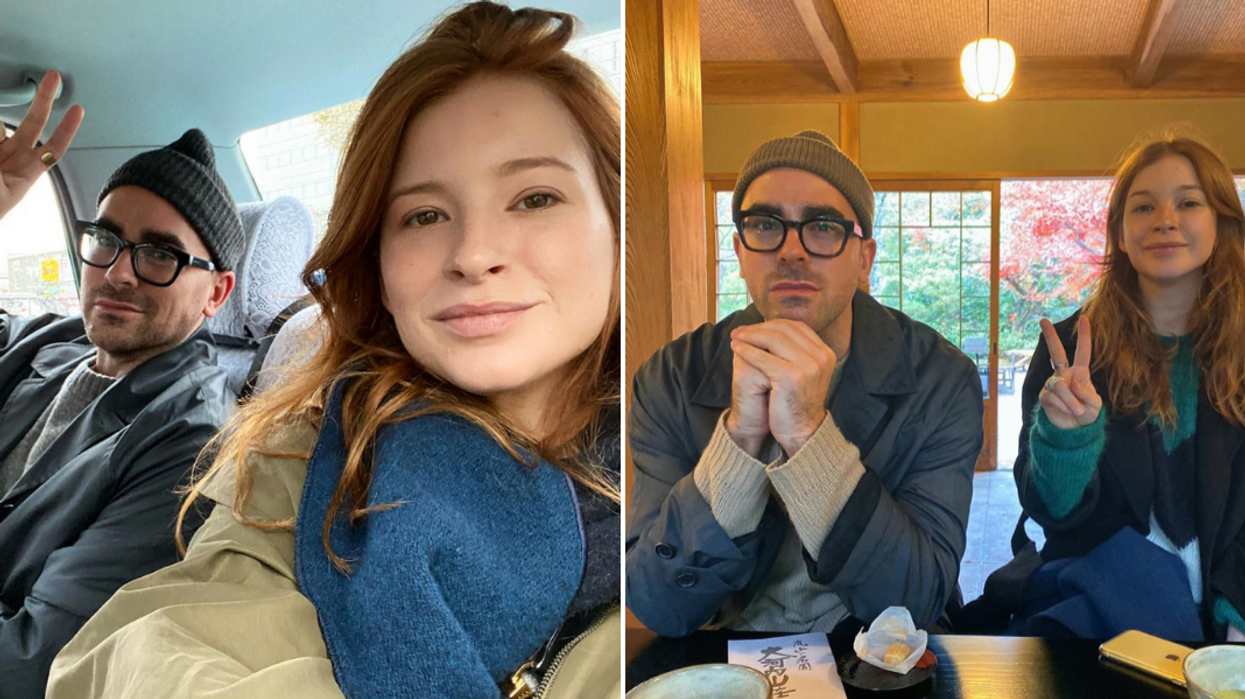 Both Schitt’s Creek and Degrassi are two Canadian productions that have managed to gain international fame. However, the ability to make it in Hollywood isn’t the only thing that ties these two shows together. Schitt’s Creek co-creator Dan Levy’s best friend Stacey Farber actually starred on Degrassi for many years.

While Levy was busy getting his start in entertainment as an MTV VJ in the mid-2000s, Farber was staring in Degrassi: Next Generation as Ellie Nash.

According to IMDb, however, the two became co-stars in 2009 when they worked on the TV film, Degrassi Goes Hollywood.

Whether or not they met on the set of that movie or before they even got the opportunity to work with one another is unknown, but it doesn’t change the fact that their friendship has supposedly lasted all these years.

Farber was even featured on an episode of Schitt’s Creek. In the episode “The Barbeque” she’s featured as Patrick’s, (Dan Levy’s on-screen love interest) ex-fiance, IMDb claims.

When the episode aired Levy even tweeted out his excitement, “I got to work with my best pal @StaceyFarber tonight! #Rach #SchittsCreek”

Although she had only appeared in one episode, she’s expressed how proud of Levy she is over the show, “Hooray for awards shows that honor the imagination, determination, commitment, courage, and wholeheartedness of artists. ✨✨✨✨ @instadanjlevy works so damn hard. His cast, writers, and crew do too. Thrilled for the sweetest, most deserving @schittscreek family!”

The two also aren’t afraid to share how close they are on Instagram either. They recently embarked on a trip to Japan where the duo shared some epic shots of their vacation.

Even their birthday messages to one another are adorable.

For Farber’s birthday this past year, Levy wrote, “Happy Birthday, @staceyfarber! All the things I wanted to write here aren’t appropriate for public use so I’ll just say 愛しています very much. ✌🏼😘”

Besides her work on Schitt’s Creek, Farber has gone on to work in productions like Rookie Blue, Saving Hope, Chicago Justice, and Grace and Frankie.

For more Dan Levy content you can catch him in the final season of Schitt’s Creek airing Tuesday nights on CBC.

According to York Regional Police, the suspect, 51-year-old Erez Harosh, was also accused of yelling anti-Black racial slurs at one employee when visiting the clinic on June 2.