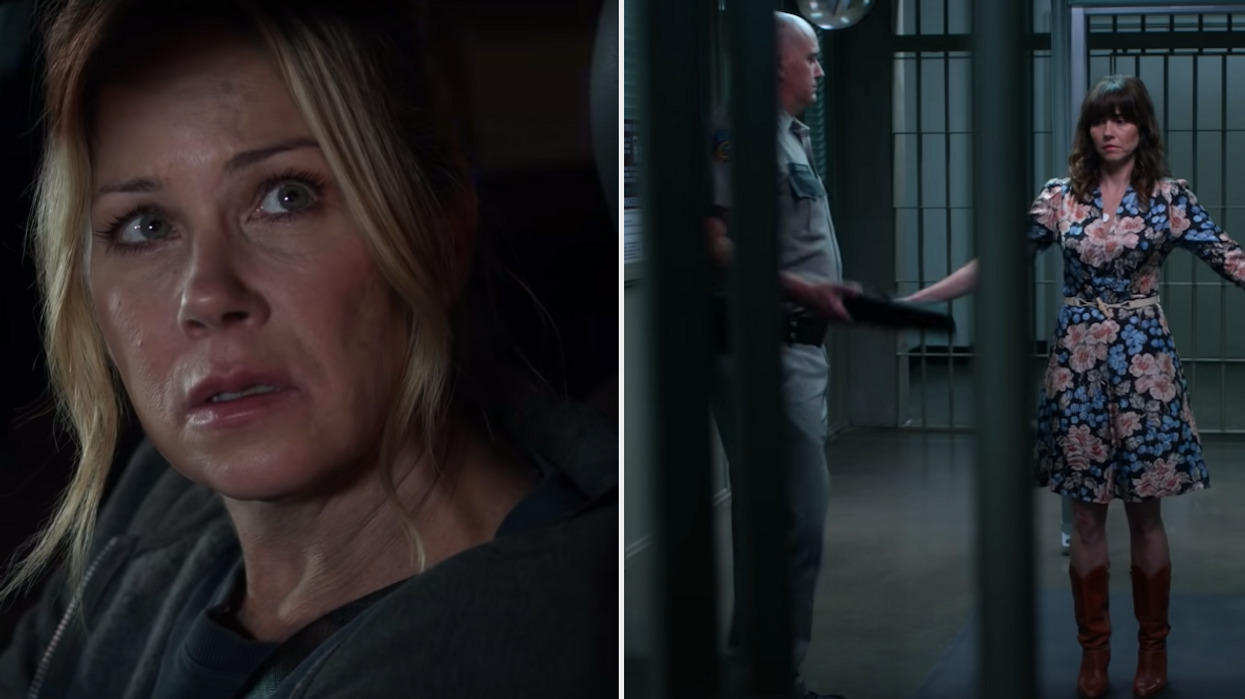 The girls are back! Netflix's Dead to Me season 2 just dropped and you'll be taken through a wild ride as the FBI are hot on the heels of Jen and Judy. The first season ended on a bloody cliffhanger and now we can finally see the aftermath of the BFFs' hot mess.

The next 10 episodes in the series premiered on May 8, taking viewers on quite the wild ride that picks up at the same spot where season one left off.

Jen ends the first season at a messy crime scene in her backyard when she shoots and kills Judy's ex-fiancé, Steve.

You could consider that an eye for an eye strategy, since Judy spent the entirety of season one hiding the secret that she's the hit-and-run killer who murdered Jen's husband, Ted.

The gal pals first met at a grief support group, with Jen attending to heal from the loss of Ted, and Judy pretending she also lost her fiancé to a heart attack.

However, that only skims the surface of Judy's lies.

After admitting to Jen that she is Ted's killer, Judy runs off to the same crime scene to try to commit suicide by being hit by a car.

Jen calls Judy to come home and the two are seen standing over Steve's dead body, which is right where the first episode of season two picks up.

Since the series is called Dead to Me and not How to Get Away with Murder, it may come as no surprise that the two pals have no idea what to do with Steve's body.

They can't report it to the police without looking guilty, so instead, they reluctantly join forces to cover up the crime.

There's tons of blood, a whole lot of wine, and a wild chase as the FBI seems to be hot on their tails.

Judy should be used to covering up a crime but eventually, they both begin to crack under the pressure of hiding such a big secret.

It's a shame they can't even take a dip in the pool for some much-needed relaxation time.

Season 2 has been out since the early AM but already earned itself quite the praise from audiences.

On Rotten Tomatoes, it has an 86% audience score and 93% from critics on the Tomatometer.

You can finally catch up with Jen and Judy's antics on Netflix now and look forward to more because season 2 probably won't be it's last.