All of the messages date back to February 14. 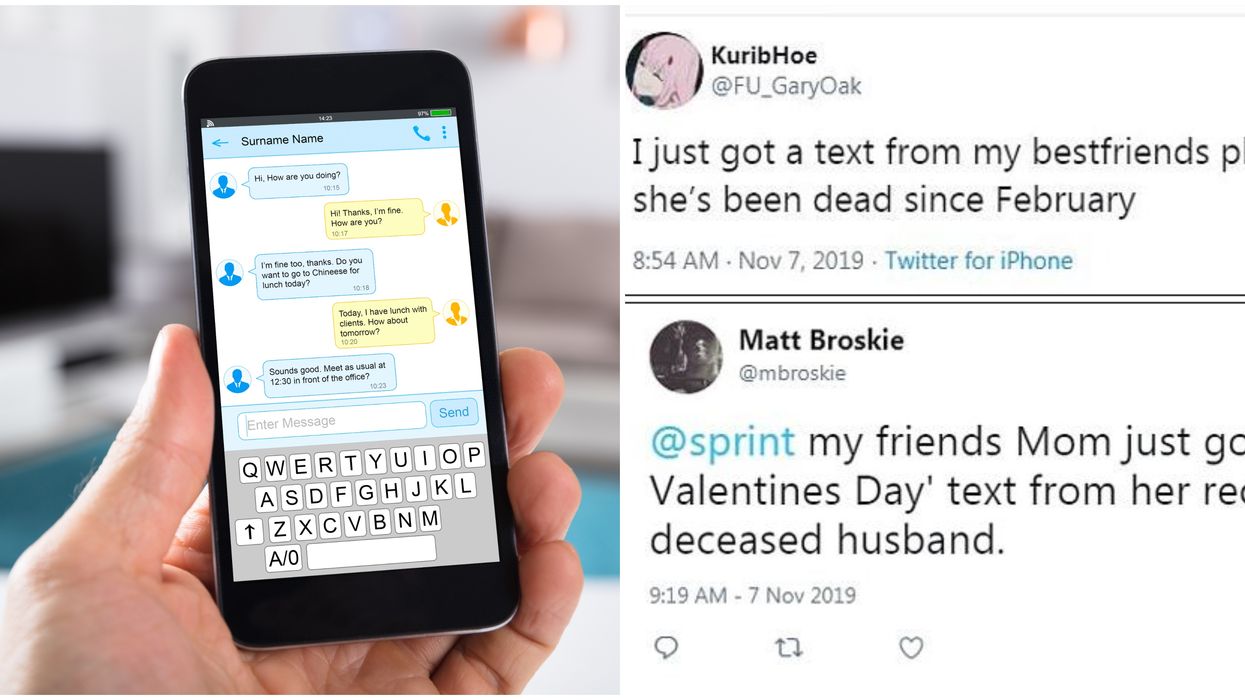 People are confused after receiving mysterious messages on their phones. California residents and others nationwide received delayed text messages from Valentine’s Day.

According to ABC News San Diego, the messages were originally marked from February 14, 2019, but for some reason were delayed almost nine months and sent with a November 6, 2019 timestamp.

Confused mobile users took to Reddit to express their frustration and see if the situation was happening to others too.

Some people said they received strange text messages from their ex-boyfriends and girlfriends.

Others angrily took to Twitter to express their frustration with a text message that was accidentally sent to their boss at 1 am.

One girl on Twitter said, “This is wild. Anybody else get these weird texts last night?”

Some people even received messages from deceased loved ones.

According to Quartz, 168,149 previously undelivered text messages were all accidentally sent out this Wednesday night.

Sprint responded to users and said that a maintenance issue caused the accident. They issued an apology to users via Twitter.

The confusing network issue occurred across major carriers all over the U.S. on both Apple and Android devices.

Sprint told CNN Business, “Last evening, a maintenance update occurred to part of the messaging platforms of multiple carriers in the US, including Sprint, which caused some customers to have older text messages sent to their devices.”

They stated they have since resolved the issue. T Mobile claimed the issue stemmed from a third-party vendor.

@sprint @sprintcare can you explain why MY PHONE sent a random text message at 1 am to my boss? And I received a… https://t.co/ZKBklEpdQb
— janeibrahim (@janeibrahim)1573150192.0

Narcity is following this story. Stay tuned for more updates.