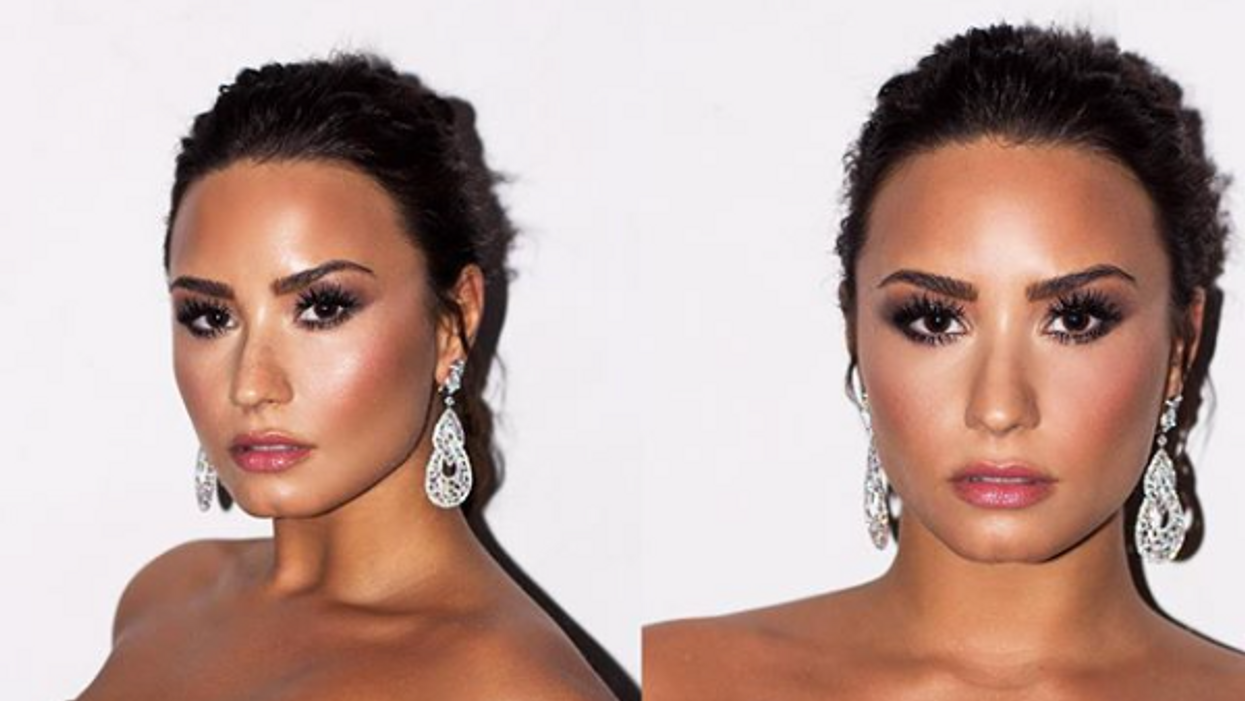 A huge collective question mark popped up when the world found out that Demi Lovato punched her back-up dancer in the face. The Disney star was then on tour with The Jonas Brothers and was flying in a private plane out of Peru with the cast and crew of the show.

Alex Welch was one of many dancers cast for the tour, having an extensive dance background of reality TV appearances after performing with Justin Bieber, Pink, and Miley Cyrus. Before this 2010 incident, Welch called Demi 'a friend'. Lovato had recently gotten 'in trouble' with her tour managers due to her behaviour the night before. Considering the singers known struggle with alcohol and drug abuse, it wouldn't be a stretch to assume Lovato was partying hard.

Lovato allegedly took all of her dancers into a room and threatened them, saying, "If I find out who told on me..." Welch claims she felt no pressure, as she hadn't talked to management or anyone else. She sat in her plane seat, "with the Jonases having this awesome time and I didn’t get a call or text from Demi or a ‘Hey, you got a problem with me,’ nothing. And she walks up and punches me and literally walked away and got in her seat."

Welch was initially shocked and outraged, saying, "No one should walk up and do that and brush it over, it’s not right." The singer quickly admitted herself into treatment for "emotional and physical issues," later concurring her eating disorder and getting a better grasp on her mental health.

Demi confessed that the day before the incident she was in Colombia and partied very hard. "I was on the Camp Rock 2 tour and I invited a bunch of people to dinner, my band and my background dancers. I paid for all the alcohol ... I was on Adderall, and we had trashed the hotel. The hotel was threatening us. They went to some of the dancers and asked what had happened and I think they told on me for using Adderall ... I was very upset, I couldn't believe what had happened. Now it was out that I was on Adderall."

Lovato remembers manipulating a tour manager into telling her which of the dancers ratted her out. "I remember going to Kevin Sr. and saying, 'Listen, I want to thank whoever told on me because I know they were just worried about me and I just really want to know who told you.' I remember thinking, 'I'm about to beat this bitch up.'"

Nick Jonas admits Demi scared him, saying "I mean, it was bad. On top of losing a friend, we have seven dates left, it's a big production, people are expecting to see Demi and that's not going to happen. I was angry, because a week before I pleaded with her to confide in me.”

Demi dishes all about the dark time in her life in her new documentary: Simply Complicated premiering on Youtube on October 17th. You can watch the trailer, here