Maybe you'll be able to stop Ryan Gosling or Chace Crawford for a pic. 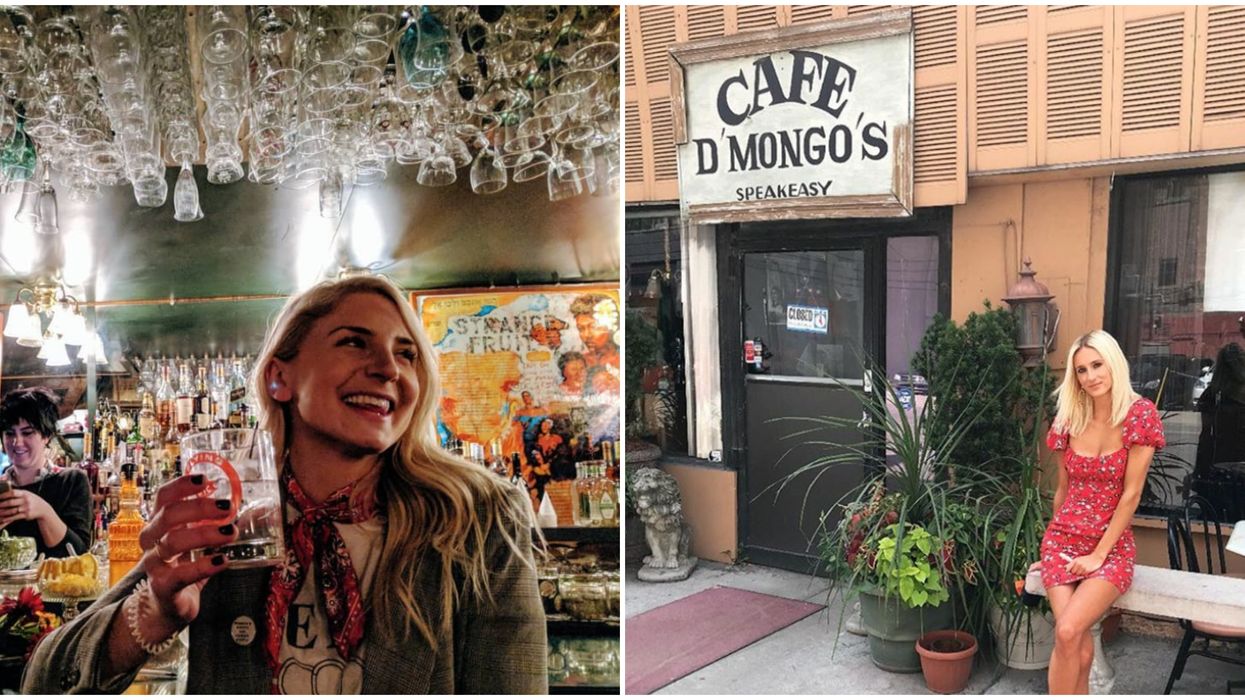 Cafe D'mongo's Speakeasy has been collecting customers and iconic Motor City memorabilia for a while now. The walls are painted green, even though you can barely tell because they've been covered with photos, newspaper clippings, guitars, hubcaps, basically, anything you can think of that might symbolize our city. This speakeasy in Detroit is a staple of downtown for a good reason.

The owner, Larry Mongo, is beloved by all that have set foot in the bar and it's easy to see why once you get familiar with the atmosphere that he's curated.

The bar is dim but lively and the live music is exciting, but not overpowering.

It's such an important spot in Detroit that celebrities roll through there all the time if they're filming near the city.

Ryan Gosling popped in for a drink when he was filming his movie, Lost River, a few years ago and even offered Larry a cameo in the film.

Quentin Tarantino is another big name that couldn't resist checking out the speakeasy.

There are plenty of vintage bar stools available at the bar, along with a few booths, and a back area that can even be reserved if you wanted to celebrate a birthday or other special occasion with just your friends.

There's live music most nights and it does not disappoint.

Chace Crawford, also known as Nate Archibald from Gossip Girl, has graced D'mongo's with his presence as well.

Live musicians revisit jazz and Motown classics, give an acoustic rendition of your modern favorite, or put a new spin on an old song.

They serve food as well, but there's only one thing on the menu: their legendary grilled cheese.

The ambiance of this place can't be beaten. When you're here, you feel like you're really in Detroit.

Check out these other hidden bars in Detroit. You can get lost in a cotton candy wonderland or indulge your dark side with the occult.

Why You Need To Go: This is one of the most energetic bars in Detroit and you never know who you'll see when you stop by.

This season, you can visit Hell and become mayor for the night.

The "Mayor of Hell" Airbnb in Michigan will transport you to the gates of the underworld — not literally — for a night.

If there are any Marvel superfans near Detroit, then this super cool opportunity might interest you. A talent company is hosting an open call for a new movie starring three major Avengers stars. Sebastian Stan is in talks to star in the film!

Sebastian Stan, who played Bucky in several films, Josh Brolin, who starred as the formidable Thanos, and Don Cheadle, who lent his talents to the role of James Rhodes/War Machine have all been in talks to star in the movie.

The green ceiling makes you feel like you're walking into a different world.
karabearastare | Instagram,Andrew Charles Edman via detroitbureauofsound | Instagram

An island in the Detroit River is home to a ton of history and lots of fun things to do right outside the city. Belle Isle Park is our own little slice of natural splendor without having to leave the concrete jungle. One of the most exciting spots is the aquarium, which is the oldest in the country.

The aquarium's architecture is what's the most striking about the place. It stands next to the sparkling glass domes that make up the conservatory.

This Magical Michigan Cafe Is The Trippiest Spot For Brunch