For the times when "put a ring on it" becomes "get a ring off it." 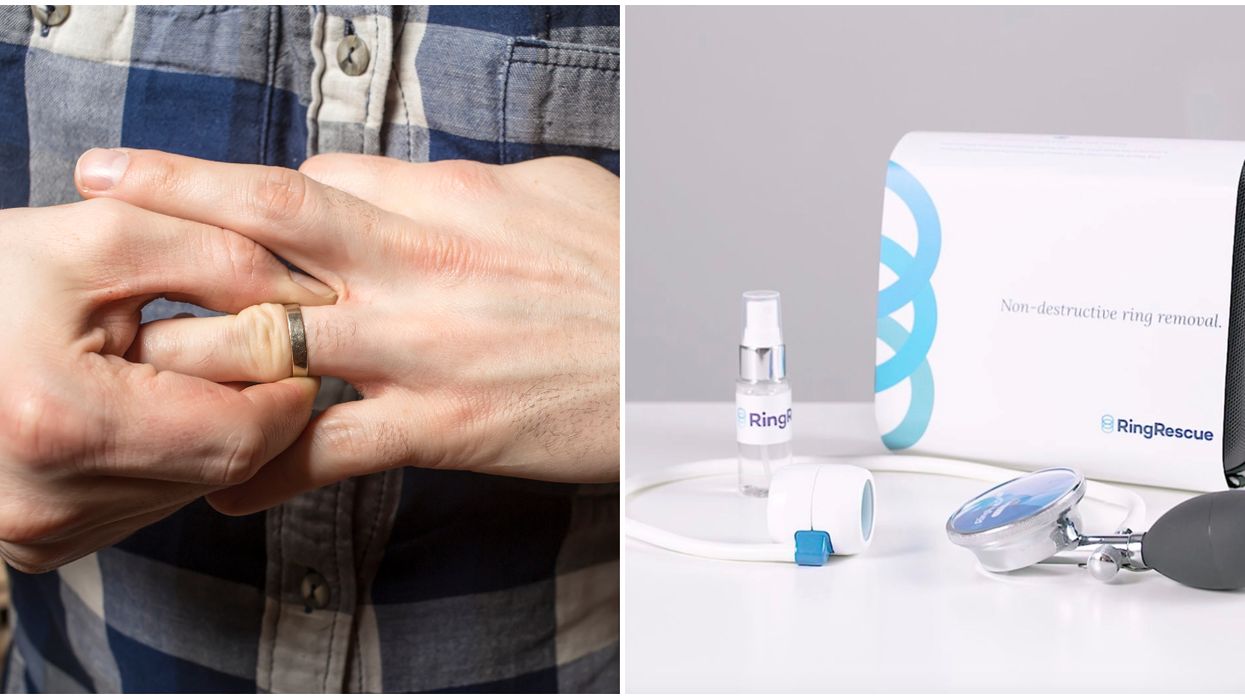 One problem that millennials might not experience as much as other people is getting a wedding ring stuck on their finger, but it does happen! Luckily, some enterprising Canadian students have finally invented a device that makes removing a stuck-on ring easier than ever, with no cutting involved.

The device started as a Capstone project at Dalhousie University in 2017. Dr. Kevin Spencer, a man who had seen his share of rings stuck on fingers, was asked to judge the projects. That was when he came upon the Automated Ring Removal Centre (or ARRC), designed by Patrick Hennessey, Mason Landry, Brad MacKeil, and Callum Thompson.

Rather than relying on the old methods, including cutting the ring right off of the finger, the ARRC used a pump to remove fluid from the finger, allowing the ring to slide off easily (assuming a ring makes it onto the finger in the first place).

The ARRC won first place in the Mechanical Engineering category, but Dr. Spencer wanted to take the device even further. He told CBC, "I said, 'Wow, this is something that we can actually use in the real world.'"

Working with Hennessey and his team, Dr. Spencer gave the device a redesign that makes it look more like a blood pressure cuff for your finger. The device, rebranded as RingRescue, has already been approved by Health Canada and the FDA.

RingRescue isn't just for hospitals, though. The device is so easy to use that it can even be kept in jewelry stores and used by non-medical professionals. It's already received plenty of interest in at least nine other countries.

Patrick Hennessey told CBC that he's pleasantly surprised by the success of his project. "We wanted to have a cool project," he said, "but this kind of turned out incredibly well."

RingRescue was even used to remove a Toronto Blue Jays World Series ring from someone's finger. However, Hennessey would not reveal to CBC who it was.

RingRescue's website is filled with rave testimonials from professionals and people with stuck rings alike. Of course, unless more millennials start getting married, there might not be as many rings stuck on fingers in the future.